Richard Kilty hopes London 2017 can be a family affair 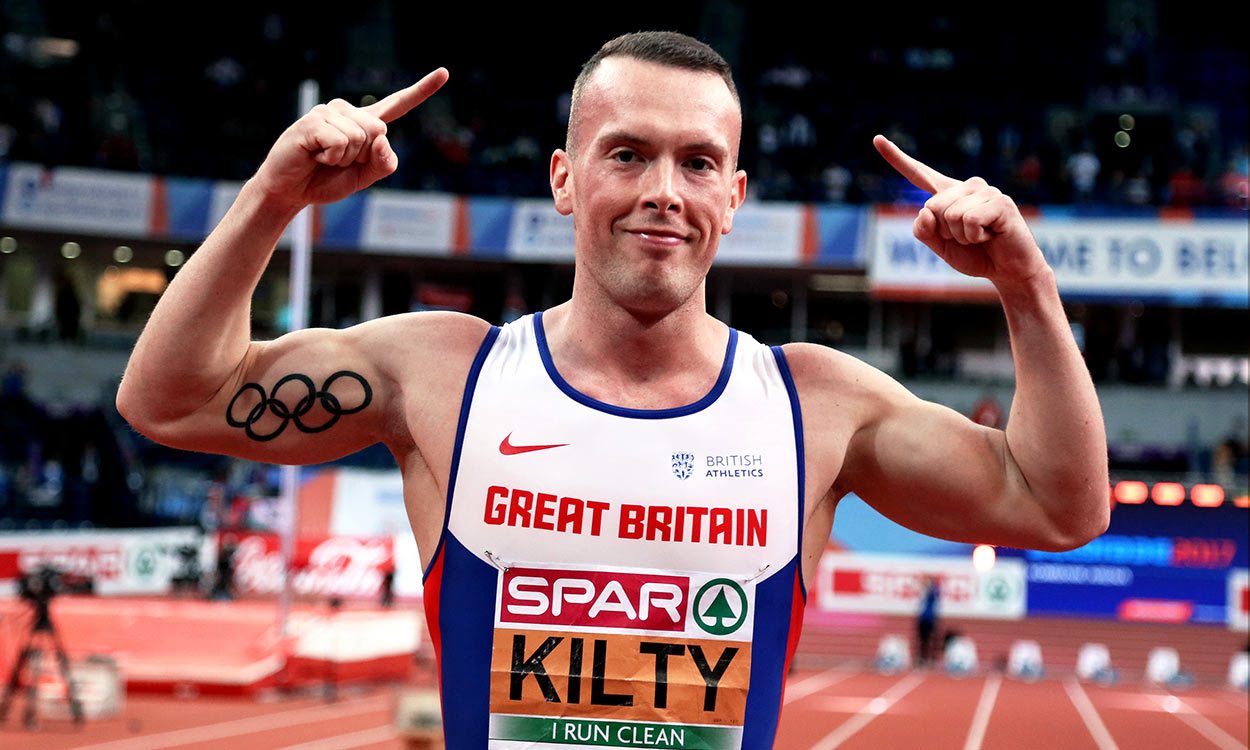 Given the current British sprinting scene, Richard Kilty knows that making the team for August’s IAAF World Championships in London will be far from a walk in the park.

But, after missing out on the 2012 Olympics, the world and European indoor gold medallist is determined to be part of a global event on home soil this time around.

Pleased with his training since the indoor season, which saw him retain his European 60m title in Belgrade, the 27-year-old is feeling confident ahead of the British team trials but is certainly not complacent.

“I’m just going to make sure that my preparations are spot on from now until then (trials) to make sure I’m in the best position to try and make the team,” he says. “If you can do that then you’ve got very good chances come London because there’s so much talent around now.”

He may race both the 100m and 200m at the trials but Kilty, who has PBs of 10.01 and 20.34 from 2016 and 2013 respectively, is focused on the shorter sprint and the thought of competing in front of a home crowd at the London Stadium this summer drives him on.

“I didn’t go to 2012 (Olympics) so to actually have another chance to compete on the global stage at home, it’s going to be amazing,” he says. “It crops up in your mind a couple of times a day when you’re just alone with your thoughts. You get that little bit of an adrenaline boost knowing that you’ve got to perform to get there.”

“I haven’t really actually thought about being there yet because the first step is to make that team and I realise that if you make the team then you have strong potential to make the finals in London,” he explains.

Should he secure his spot on the GB team, competing at the World Championships could be a family affair. Kilty’s fiancée Dovile Dzindzaletaite, who gave birth to their son just eight months ago, is aiming for selection to the Lithuanian team, too.

“I’m almost certain she’ll get the qualifying standard and she’s the best triple jumper in her country so she’ll almost certainly be there,” says Kilty.

Richard Junior was among the supporters watching his parents compete at the last month’s Loughborough International and has also been making himself familiar with the athletics arena.

“He was flying around on the pole vault bed,” Kilty says. “He is crawling now so he is absolutely everywhere!”