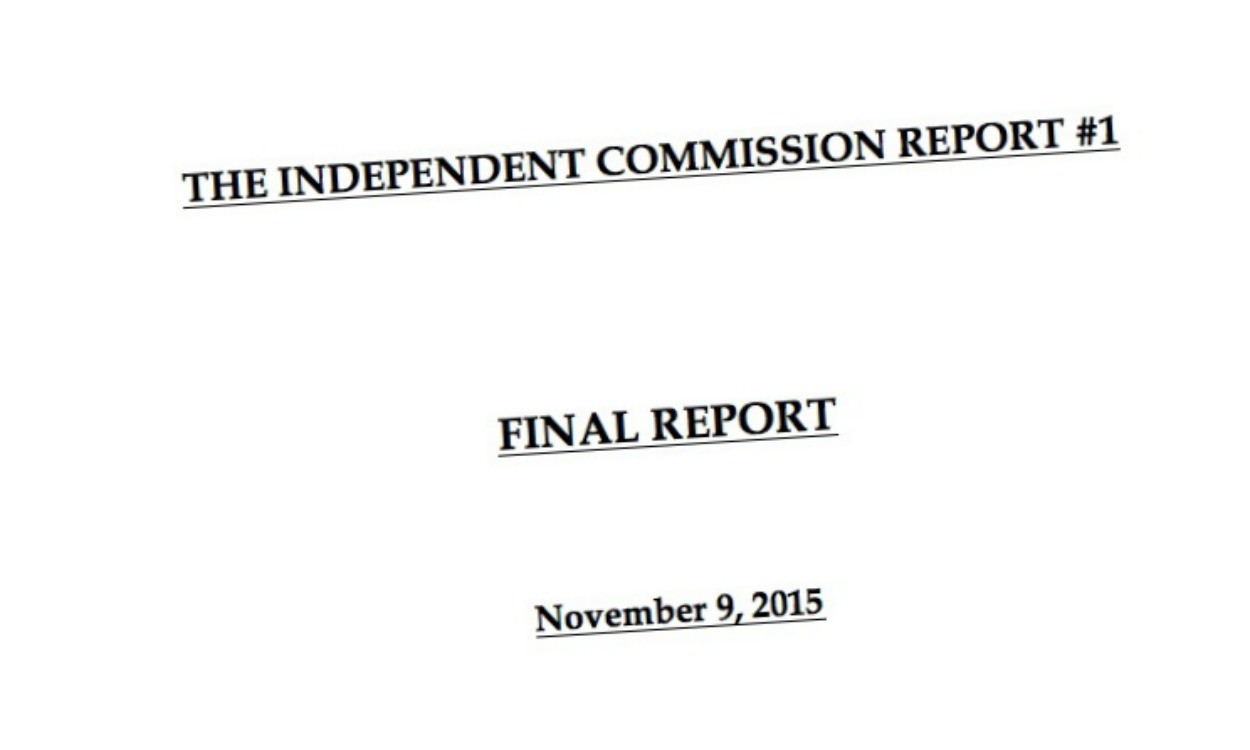 International Association of Athletics Federations (IAAF) president Seb Coe has described information in a World Anti-Doping Agency (WADA) Independent Commission report as “alarming”, but added, “we will do whatever it takes to protect the clean athletes and rebuild trust in our sport.”

An independent commission, chaired by WADA’s founding president Dick Pound, was formed after the broadcast of an ARD documentary – ‘Top-secret doping: How Russia makes its winners’ – in December 2014. The first part of the independent commission’s report was delivered at a press conference in Geneva on Monday (November 9).

The findings in the report included a “deeply rooted culture of cheating” within Russian athletics, “exploitation of athletes” and “corruption and bribery practices at the highest levels of international athletics”.

“We found cover-ups, we found destruction of samples in the laboratories, we found payments of money in order to conceal doping tests, among others,” said Pound.

Coe, who was elected as president of the sport’s world governing body in August, responded by giving his “total assurance” that “where there are failures in our governance or our anti-doping programmes we will fix them”.

WADA was among the official bodies to issue an initial response. “The Independent Commission’s report contains a series of findings that will shock and appall athletes and sports fans worldwide, and indeed many issues that highlight very current deficiencies with the anti-doping system in Russia,” commented WADA president Craig Reedie.

“While the contents of the report are deeply disturbing, the investigation is hugely positive for the clean athlete as it contains significant recommendations for how WADA and its partners in the anti-doping community can, and must, take swift corrective action to ensure anti-doping programs of the highest order are in place across the board.

“WADA is fully committed in its role of leading the charge to protect the rights of clean athletes worldwide.”

Reaction from other official bodies

“We confirm our commitment to the formation of the modern system of athletics development in Russia, our openness to the cooperation with international and national athletics federations, including cooperation in the struggle against doping. We have been doing this work in accordance with the programme approved by the Russian Athletic Federation Council in April and supported by the delegates of the Federation’s annual Conference on 02 November, 2015.”

It continued: “We are ready to the meaningful strategic partnership with IAAF, including the measures to fix the existing in Russian and world athletics problems.

“The real fair partnership in this work is much more effective than any kind of suspension and isolation.”

You can read the full statement here.

UK Anti-Doping
“The Independent Commission’s findings highlight that the international playing field has not been level for our clean British athletes competing on the global stage,” said chief executive Nicole Sapstead.

“Today’s findings will go some way to levelling that playing field for our athletes, and the whistle-blowers and media should be applauded for bringing these issues to WADA’s attention.”

UK Athletics
“The findings of the WADA report published today in Geneva will be hugely significant and devastating for clean athletes not only in the UK but across the globe,” read a statement.

“We call upon the IAAF and all other relevant bodies to implement the recommendations in full to ensure clean athletes can compete in major championships against athletes and nations who embody the integrity of clean sport.”

International Olympic Committee (IOC)
“This is a deeply shocking report and very saddening for the world of sport. The IOC trusts that the new leadership of the IAAF with its president Sebastian Coe will draw all the necessary conclusions and will take all the necessary measures,” read a statement in part.

“In this context the IOC welcomes the clear commitment expressed by IAAF to do ‘whatever it takes to protect the clean athletes and rebuild trust in our sport’.”

Reaction from former and current athletes

Always suspected it but finally confirmation that the Russian Athletics Federation have denied me of my finest moments of my career. ?

I tweeted this before, seems even more relevant now. You can’t beat the feeling of competing clean (@RondaRousey) pic.twitter.com/upg2GuJczx — Lynsey Sharp (@LynseySharp) November 9, 2015

In response to a tweet highlighting report findings on London 2012 Olympic 800m champion Mariya Savinova, USA’s Alysia Montano wrote: “Just woke up. I have a training session in 1hr. Reading this crying & shaking, but pumped with hope & motivation.”

Just woke up. I have a training session in 1hr. Reading this crying & shaking, but pumped with hope & motivation. https://t.co/lVLvQYPUXE — Alysia Montaño (@AlysiaMontano) November 9, 2015

Daegu 2011 world 400m hurdles gold medallist Dai Greene wrote on Twitter: “Catching up on the Russian doping scandal. Most athletes won’t be surprised with all the cover up stories. Hopefully this is another step in the right direction on the long road to a drug free sport and a level playing field for honest athletes.” British javelin record-holder Goldie Sayers also took to Twitter to voice her thoughts and wrote: “4th at the Beijing Olympics (finishing behind a Russian). Today, I can conceivably think of myself as an Olympic medallist #WADAReport”

Every major outdoor title.. Thankfully I am able to look at myself in the mirror and proudly show my son the accolades I’ve taken from a sport I love. Sadly many cannot say the same and in recent times have damaged the sport almost beyond repair. I hope that people looking in and children aspiring, can look past the disgusting dishonesty of certain participants and feel comfort in knowing some of us are good guys and winning doesn’t have to mean cheating. #CleanSport #BanTheBadGuys #Athletics   A photo posted by Greg Rutherford (@gregjrutherford) on Nov 9, 2015 at 11:39am PST

“Just got off plane to catch up on these damning and serious revelations,” marathon world record-holder Paula Radcliffe wrote on Twitter. “Too much to address in tweets: bottom line – truth eventually comes. Suspected some of this for years but way worse than imagined. Athletics needs to take strong action and move quickly forward in right direction.”

She added: “This is the time clean athletes needs to stand up and fight for our sport and credibility.”