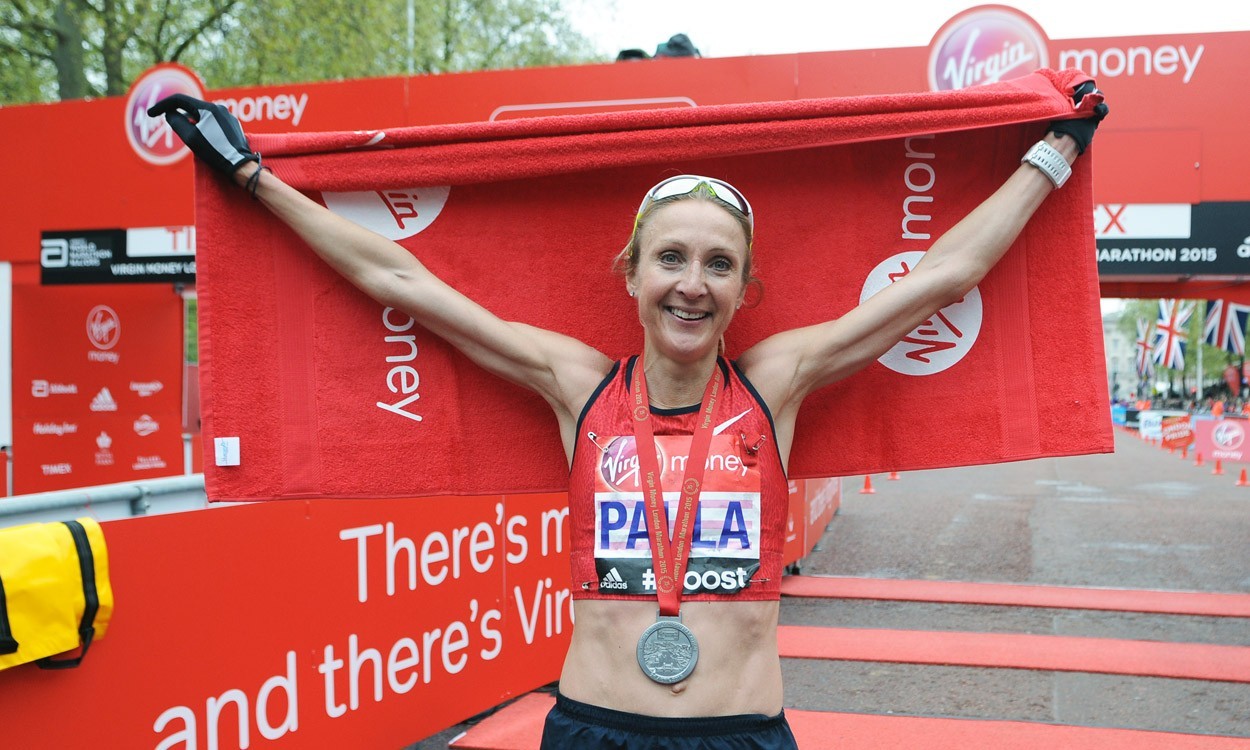 In October Haile Gebrselassie comfortably won the men’s greatest distance runner title and, with an almost identical percentage, Paula Radcliffe topped our women’s poll, as voted for by AW readers.

It wasn’t as conclusive a win as Gebrselassie’s as Tirunesh Dibaba was an overwhelming second and not far behind.

It will be interesting to see, if Dibaba returns and earns more Olympic glory in Rio, whether the voting would alter.

For now though, Radcliffe, who made her last serious marathon appearance in April, can be regarded in AW’s eyes at least as the world’s greatest woman distance runner.

It all changed in 2002 when she made her marathon debut and improved her track running to win Commonwealth and European titles. By the end of the year she was world record-holder in the marathon, world cross-country champion, European 10,000m champion and record-holder and Commonwealth 5000m champion and record holder, IAAF athlete of the year and BBC Sports Personality of the Year. Throughout her career, she also won three world half-marathon titles.

She never won the ultimate accolade of Olympic gold, but there is no comparison between her marathon career and the women who have won Olympic titles over 26.2 miles.

Although she failed to win an Olympic medal, Radcliffe beat the world’s best in the 2005 World Championships marathon in Helsinki, dominated big-city marathons and won multiple world titles at half-marathon and cross-country. Her dominance over 26.2 miles on the world all-time list shows why AW readers voted for Radcliffe.

Dibaba was a clear second, with the Norwegian trailblazers Grete Waitz and Ingrid Kristiansen battling for third. Double Olympic champions Derartu Tulu and Meserat Defar received a very small vote. Being an Olympic champion and setting amazing still-standing world records appear to count for little if the results’ authenticity and legality are questioned: Wang Junxia did not receive any votes!

Polls like this are always subjective and some would argue there is a British bias. Note that we were ignoring events shorter than 3000m, so the likes of Genzebe Dibaba were ineligible.

However, for now Paula Radcliffe is our winner.

The above results were first published in the November 26 edition of AW magazine.