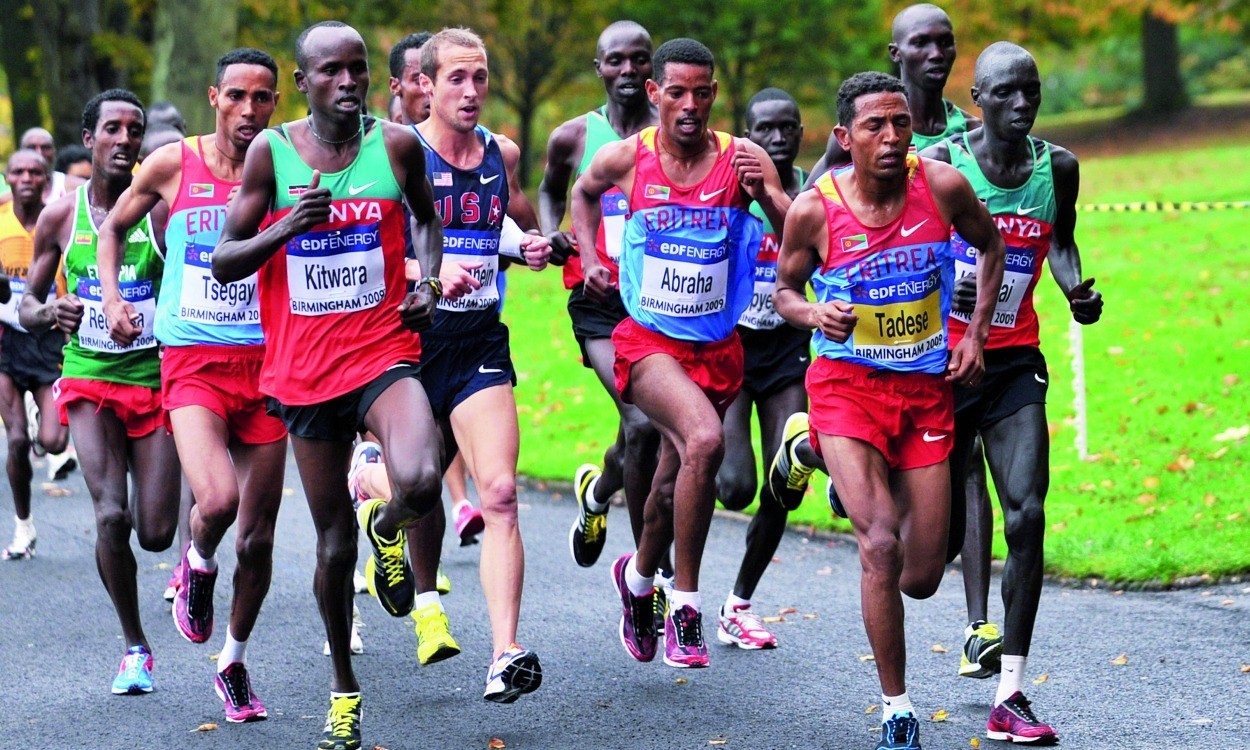 Long-distance athletes and their coaches should prepare strategies to take advantage of pack running by identifying suitable rivals to use as pacemakers, while taking into account the quality of their sprint finish, research published by Leeds Beckett University has revealed.

The study, undertaken by Dr Brian Hanley from the Carnegie Faculty and published online recently in the Journal of Sports Sciences, investigated the behaviour of male and female athletes competing in the IAAF world half marathon championships.

Dr Hanley, senior lecturer in sport and exercise biomechanics at Leeds Beckett, investigated the pacing profiles and packing behaviour of 491 men and 347 women across six championships and found that the best athletes displayed patterns of even pacing for at least some of the 21.1km race. Slower athletes generally decelerated from a peak speed at 5km until they reached 20km. However, almost all athletes increased their pace considerably during the final 1.1km, with their final sprint finish aided possibly by tactically slowing down during the 5km segment immediately beforehand.

Speaking about the findings Dr Hanley said: “The differences in pacing profiles between faster and slower finishers showed that there are benefits in maintaining an even pace. But for many athletes to achieve this, it requires them to start slower, to have more realistic expectations of their likely finishing time and to run with a pack of similar ability and ambition.”

In the study, athletes were also classified by the type of packing behaviour they engaged in. Some athletes ran the whole race with the same opponents (leading to them having the best sprint finishes), while others were “nomadic” and changed the pack they ran with (catching up others or slowing to be absorbed by chasers). Others still ran with a pack only to about halfway, before leaving the pack to run solo. Those who ran in these packs had smaller decreases in pace than those who ran the whole race alone, or who managed to keep up with a pack only to 5km. Staying in a pack was therefore beneficial for reducing decreases in pace after 5km, although athletes need to be careful not to start with a pack whose pace is unsuitably too fast for them.

Previous research by Dr Hanley on world-class cross country runners and race walkers has shown that many athletes start too quickly because they follow the lead pace regardless of ability or predicted finishing time. In addition, a quick pace might be adopted at the start of a race because the athletes’ rating of perceived exertion (RPE) is less than anticipated as they are not yet fatigued or because of race excitement. Athletes therefore might need to keep reminding themselves that, although they might feel good in the early stages, the consequences of maintaining such a fast pace can become harmful very quickly.

With regard to packing behaviour, while the lead groups typically contained a substantial number of runners at 5km, most athletes running in packs at this stage were not actually in the lead group itself, but in slower packs and some distance behind. This was because athletes tended to form packs with others of similar ability, even if the packs themselves frequently changed composition throughout the race.

The smaller reductions in pace and faster sprint finish for the athletes who ran together for the whole race, as well as the nomadic packs, was possibly because the athletes were able to use each other as pacemakers, which might have occurred naturally as part of competition or have been pre-planned. In the study, many packs contained athletes from the same nation, with two comprising sets of twins.

After analysis of the results Dr Hanley suggests that there might be an advantage of running in packs to achieve an even pace, either through staying with the same athletes throughout, or by moving between packs. However, athletes who try to keep up with a pack that’s too fast for them actually end up with worse pacing than those who simply ran alone.

Hanley explained: “Although there appears to be a benefit to running as part of a pack throughout the half-marathon, the results showed that those who dropped off the pace after 5km had the least even-paced profiles – slowing to approximately 91% of their 5km speed at 20km. In general, these packs’ pacing profiles were no better than those who ran solo, and showed that there was no advantage in keeping up with a pack to 5km if the main outcome was to be quickly dropped from that pack.”

The senior lecturer continued: “Those athletes who were able to remain in a pack however until after 10km did not slow as badly and indeed had similar pacing profiles to the nomadic packs. Starting the race at the correct pace, so as to avoid slowing too quickly, might therefore include choosing the right opponents to run with from the gun. While this will almost certainly be the lead group for those who aim to win, athletes with more modest aims could start more conservatively and try to identify packs more in line with their ability. Indeed, the head-to-head battles within these slower packs showed that beating those running alongside might be more meaningful to many competitors than running a fast time.”

» Dr Brian Hanley is a senior lecturer in sport and exercise biomechanics at Leeds Beckett University and a level-2 endurance coach. If you would like more information about his study, email [email protected]