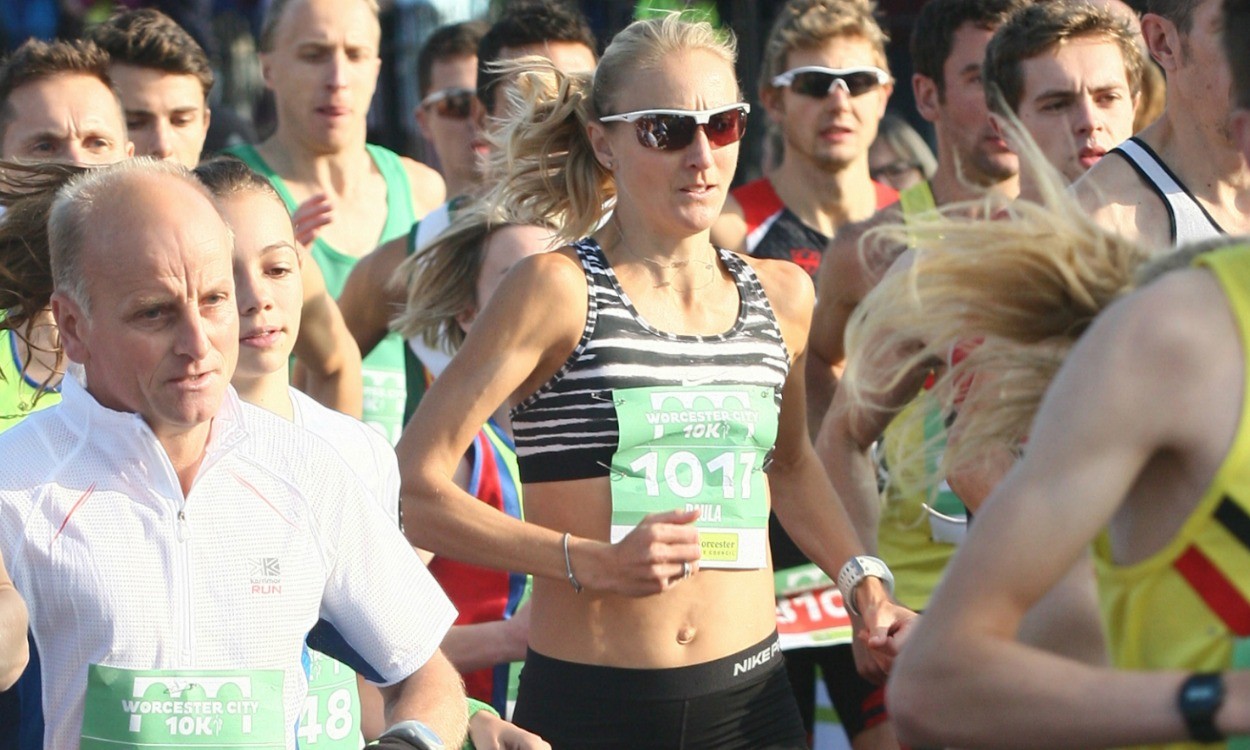 Paula Radcliffe finished third on her return to road race action at the Worcester City 10k on Sunday.

The 40-year-old – world record holder over both the marathon and 10km distances – clocked 35:49 to finish behind local athlete Jenny Nesbitt and Bournville Harrier Nicola Sykes in the women’s race, while the men’s event was won by Kenya’s Reuben Chumba.

Radcliffe was using the event as part of her build-up to next year’s Virgin Money London Marathon where she hopes to enjoy what could be a final hurrah over 26.2 miles.

The Worcester City 10k was her first race since suffering career-threatening injury, Radcliffe last having raced competitively at the Vienna Half-Marathon in 2012. After that she was forced to withdraw from the London Olympic marathon and later required surgery on her left foot.

Before the event she had told the Guardian how she did not “expect fireworks”, but the athlete with a 30:21 PB was said to have been targeting sub-35 minutes.

Finishing two spots ahead of Radcliffe for victory was Worcester AC’s Nesbitt who was racing the distance for the first time.

The 19-year-old clocked 34:21 to finish over a minute clear of runner-up Sykes – who the day before had run the quickest leg at the Midland road relays – with 35:38.

Like Radcliffe – who ran her marathon world record in London 11 years ago – Nesbitt has experience of London Marathon events but rather than the 26.2 mile race, the teenager’s comes in the form of the three-mile Virgin Money Giving Mini London Marathon, Nesbitt having finished as runner-up to Jessica Judd in the under-17 race two years ago.

First over the line was Chumba who clocked 30:37, seven seconds ahead of Tipton athlete Adrian Holliday. Third in the men’s race was Tommy Davies with 31:53.

Anthony Whiteman – taking a step up in distance having run a world over-40 800m record this summer – ran 33:21 for sixth.

Over in London and Jo Pavey was among the winners at the Richmond Running Festival as the European champion switched her attention from the track to the roads.

The four-time Olympian, who won her first major title with European 10,000m gold in Zurich in August just over a week after she bagged Commonwealth bronze over 5000m in Glasgow, won the Kew Gardens 10km event from Beth Potter.