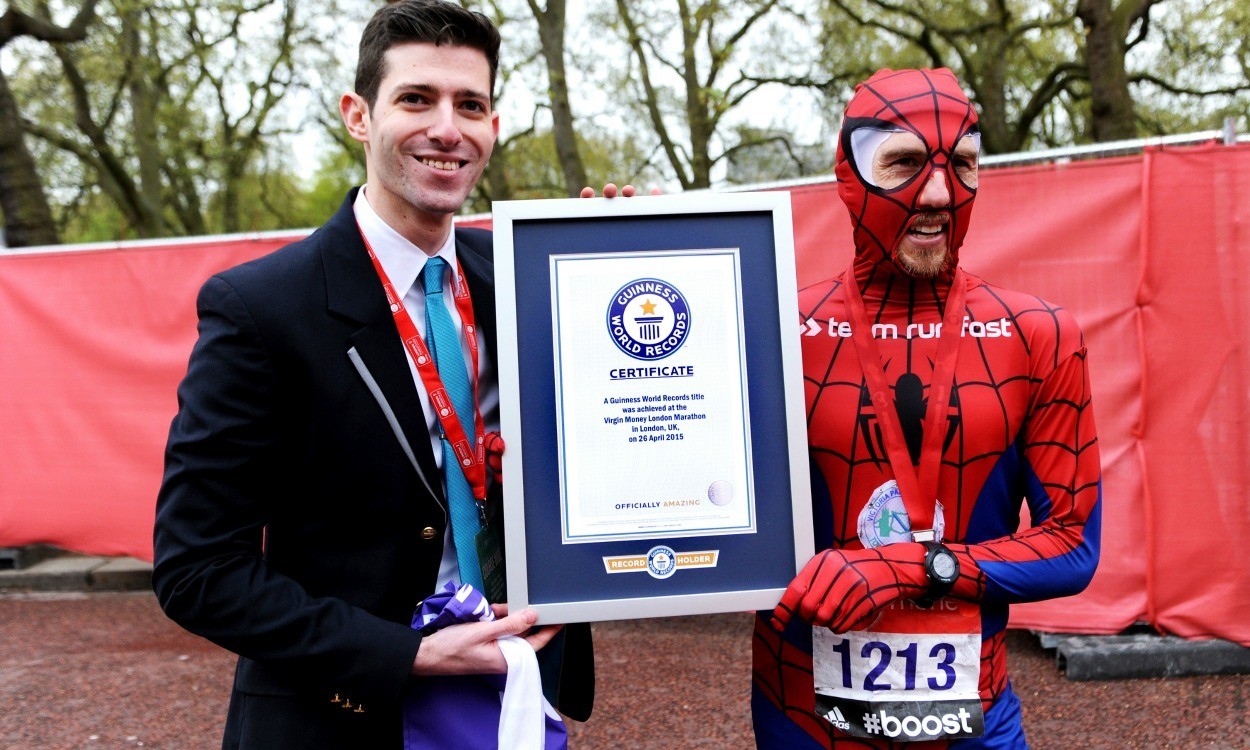 GB ultra runner among world record-breakers at the London Marathon

Paul Martelletti ran the quickest ever marathon by someone dressed as a superhero at Sunday’s Virgin Money London Marathon.

Initially clocking 2:30:12, Martelletti’s time was later adjusted from gun to chip time meaning he managed his target of breaking 2:30 with 2:29:57.

That mark takes more than four minutes off the previous Guinness World Record of 2:33:58 set by “The Flash”, or Canadian runner Stephane Hetherington, at the Toronto Waterfront Marathon in 2012.

Martelletti even had time to capture some of the action on camera and give a commentary as he passed Paula Radcliffe, running her final competitive marathon, on the way around.

The 35-year-old had won the ASICS Greater Manchester Marathon in 2:17:47 just the weekend before and told AW ahead of his challenge how he would be pacing a friend at around 2:30 anyway so thought he “might as well have some fun with it”.

Having only made a last-minute decision to go for the record, Martelletti, who as well as his win in Manchester last weekend has claimed six victories over the half-marathon distance so far in 2015, had to apply for his attempt to be considered and although he missed the initial deadline he was able to pay to fast-track it. As a result, the Run Fast athlete set up a Crowdfunder page for anyone wishing to back him in his challenge, with any money raised above his £600 target to go to the charity Parkinson’s UK. At the time of publication he had raised £740.