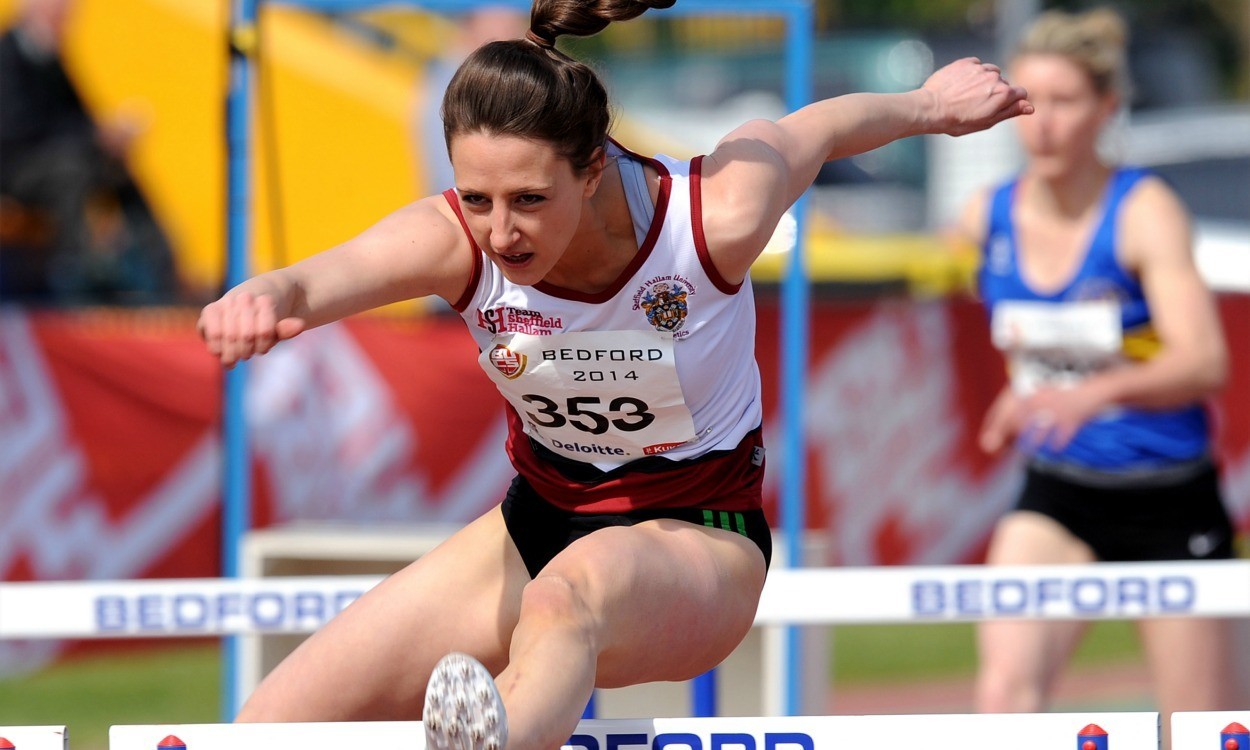 British multi-eventer and hurdler Karla Drew is looking forward to the athletics opportunities that she might now have the chance to enjoy following her £50,354 win on a football accumulator bet.

The 25-year-old secured the life-changing sum of money after the results of 10 international friendlies went her way on Tuesday.

Having been struggling to support herself as a student athlete at Sheffield Hallam University, national pentathlon champion Drew described the winning sum as a “huge relief” and says the money means she might now be able to make the most of warm weather training trips and races abroad in the hope of taking her athletics to the next level.

“It’s going to make everything just so much easier,” the Toni Minichiello-coached athlete told AW.

“Last year doing athletics and being at uni, I know lots of students go through it, but I really struggled. There were times when I’d turn up to training and I’d just end up crying because money was such a problem.

“This is such a huge relief, that I have this there to support me in training and at uni.”

The MSc Sport and Exercise Psychology student had been using a student loan and a scholarship from her university to support herself in the past and says her accumulator win means she should be able to continue her studies and do a PhD in Sport Psychology.

Drew had gone to bed on Tuesday night knowing that she was just two results away from turning her £5 bet into more than £50,000. She needed Uruguay to beat Chile and Panama to draw with Canada, so when she woke up at 1.30am with half an hour to go in the ninth match – Chile v Uruguay – there was no way she was getting back to sleep, especially after Uruguay won 2-1.

With the final game 0-0 at half-time, Drew followed the rest of the match on a live results feed. “I just kept refreshing the live feed with the results coming up,” she said. “It was so tense.”

Luckily for Drew, the result remained unchanged. “I could hardly sleep at all then,” she said. “I think I slept for about one hour afterwards. I was thinking ‘oh my God, what am I going to do with the money?!’ I just decided that I wanted a new winter coat!”

But so used to her student ways, when Drew went out the next day to buy herself a new coat, she couldn’t justify spending £79 on the one she liked.

She is willing to splash the cash a bit more when it comes to her athletics, though, but doesn’t yet know whether warm weather training will feature in her immediate plans.

“I’m not sure whether my training group will go warm weather training because it’s not really something we’ve done in previous years,” she said. “But it has been spoken about that maybe this year we could do something like that.

“Before it wouldn’t have been an option. But now if the group does go then I will be able to go.

“Also, when the indoor season starts I might be able to go to a few other countries and do some races abroad. That was something that I couldn’t do before because I couldn’t afford the flights or hotel or anything like that.”

Drew retained her pentathlon title at the England and Wales Combined Events Championships in Sheffield in January before switching her focus to the sprint hurdles for the outdoor season in the hope of qualifying for the Commonwealth Games in Glasgow. Although disappointed that she didn’t make the Games or record a personal best over the barriers outdoors in 2014, she says she already feels in better shape than she was last year and hopes that not having money worries will mean she can focus more on her training.

“I think that (her being disappointed with her season) was probably a result of all that stress – finishing my third year at uni, having all that work to do and then trying to train and money problems,” she said.

“This just means that I have room to breathe now. I can really concentrate and not worry about other things that are going on. I should be a bit happier and able to concentrate on my training.”

Now back in full pentathlon training, Drew, who has a 100m hurdles best of 13.39, again intends to switch back to the individual event next summer, with a sub-13.1 clocking her main aim.

As for any future betting intentions, although the double BUCS champion has bet on athletics in the past, sticking with football and going with her gut might be the way to go.

“Everyone always takes the mick out of me because I like to research,” she said. “I research all the teams, their form, goals for and goals against and I can be there for about an hour picking all my teams. I usually do get quite close.

“But when I did this latest bet I didn’t do my research, I just picked them in about 30 seconds so maybe that’s the way to go!”