Onwards and upwards for Rebecca Hawkins 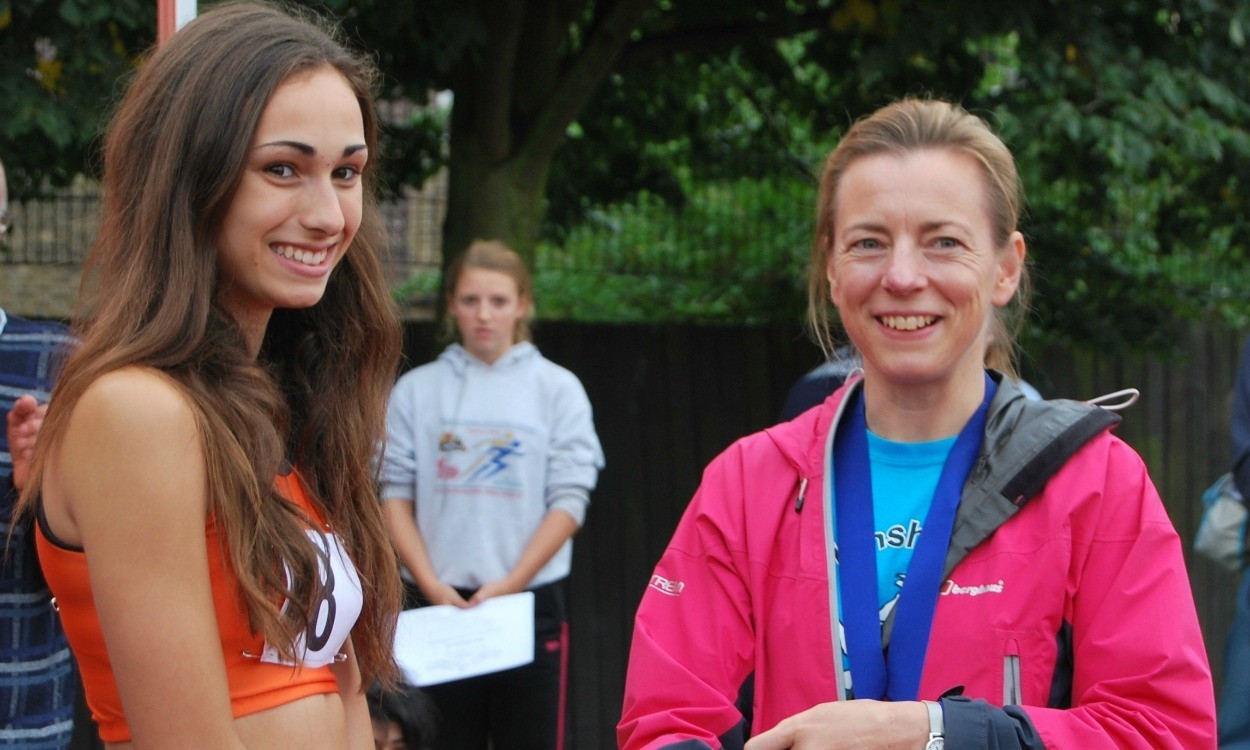 The enduring benefits of the London Olympic Games – often defined by the word legacy – can be seen among the membership of Bexley AC, writes Steve Roe.

Both before and after that unforgettable sporting showpiece in 2012 the club recruited and, just as importantly, retained some outstanding athletes. Rebecca Hawkins, who excels in the high jump, is certainly one of them.

If all those successes were not enough, she finished top-ranked among under-15s with her PB of 1.76m.

For next year – her first as an under-17 – Rebecca has her sights set higher. She is looking for 1.83m outdoors and before that 1.80m in the indoor season.

It helps, as she freely admits, that being close to 6ft in height is a great advantage and in fact has always been the case, for when at primary school she was among the best in a variety of sports.

One of her teachers suggested the high jump might be a good event to take on, so Rebecca researched her local athletics clubs and initially, having a friend there, looked at Cambridge Harriers.

“When I told my mum she said ‘Cambridge seems a long way.’ I had to explain that the club wasn’t, well, actually in Cambridge itself but near Eltham!”

Although Eltham is not far from Rebecca’s home, the Bexley club in Erith is closer still and was to be her choice. “I enjoyed my initial session and went every week after that,” she recalls.

Though first looked after by Tony Garrett, Paul Hatfield and Liz Slater, all of who still have some input with her training, Rebecca’s principal coach is John Bancroft.

A former junior and senior Kent champion, John first linked up with Rebecca when the club organised a training day at Lee Valley. “I would like to try some high jump,” she told him. “Okay, let’s see what we can do,” he succinctly replied.

It is that matter-of-fact style of John’s which Rebecca appreciates. “The laid-back atmosphere in his sessions produce the best,” she says. “He doesn’t put me under pressure; if anything I do that myself.”

There was no feeling of pressure, however, when Rebecca went to the England Indoor Championships last winter. She was instead the epitome of calm and relaxation – and started publicly dancing in the Sheffield arena.

It was an impressive, spirited performance of something called the Antenna Dance – and ended up on YouTube.

Just about a year earlier, Rebecca had demonstrated her prowess at another indoor event when at the Kent championships on her debut in the high jump, she won the under-15 title.

Perhaps it was no surprise then that Hatfield saw the teenager’s potential. One day he took her to the clubhouse at Bexley’s track. “He wanted me to look at the club records,” remembers Rebecca.

So much for the successful past. What of the always unknown future? Where is she heading? “Very high and a long way,” says her coach unhesitatingly.

“Genetics are in her favour,” adds John. “And her trampoline and gymnastics background, which I have found out about, is a definite advantage.”

Rebecca has the last words. “I have been very satisfied with my success but recognise it will not always be the case; setbacks will occur but the team around me will always help to pick me up again.

“Every athlete wants to one day be the best and I’m no different. I have to think of jumping 2.00m as a long-term target. I think that should be the goal of every serious female high jumper.”

You can find further performance stats on Rebecca on Power of 10 here.