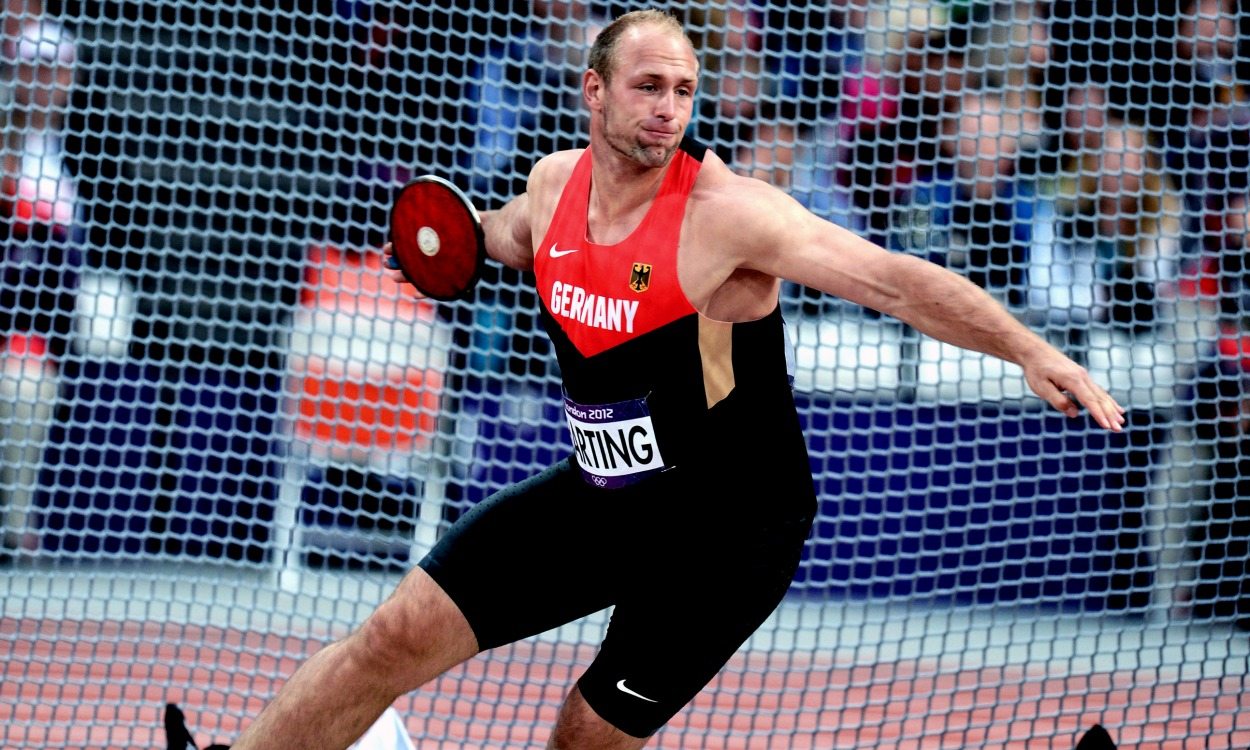 German 2012 Olympic discus champion Robert Harting and US shot put gold medallist from Rio, Michelle Carter, are on a list of athletes whose medical data has been released by the hackers

Olympic gold medallists Robert Harting and Michelle Carter are among a list of 29 sportsmen and women to have had private medical data leaked by a hacking group calling itself ‘Fancy Bears’ after a second data dump was carried out on Wednesday night.

The hackers, said to be a Russian group, have illegally accessed the World Anti-Doping Agency (WADA) database and first released private medical data of American athletes on Tuesday, including multiple Grand Slam-winning tennis sisters Venus and Serena Williams and quadruple Olympic gold medallist gymnast from Rio, Simone Biles, showing banned substances the athletes have allegedly taken under the approval of their respective governing bodies as Therapeutic Use Exemptions (TUEs).

WADA permits the use of certain substances on the banned list by athletes provided they are able to prove they are required to treat an illness or condition.

The documents released on London 2012 discus champion Harting appear to show the 31-year-old to have registered an adverse analytical finding (AAF) during an in-competition test on August 12 for substances dexamethasone and triamcinolone acetonide, though the test report goes on to state that the two substances were declared on the doping control form – an official form athletes and doping control officers are required to fill out immediately prior to taking the test.

According to another document, Rio 2016 shot put winner Carter is shown to have applied for a TUE for three separate substances back in January 2015 which was rejected, before being granted a TUE for the same medications, though no date is given on the approval sheet.

There is no suggestion that any of the athletes named have committed any wrongdoing.

Harting, an avid and vociferous anti-doping campaigner, said on Twitter: “Me and the medical staff are fine with the leaked content. We don’t hide anything. Go transparency!”

Harting’s fellow German Christina Obergföll, former javelin world champion and Olympic silver medallist, is also among those whose information has been leaked to the public, with a TUE approval certificate from July 7, 2008, having been published.

American Olympic hammer finalist Deanna Price is also one of the athletes who the hackers have released medical data on.

He said: “WADA is very mindful that this criminal attack, which to date has recklessly exposed personal data of 29 athletes, will be very distressing for the athletes that have been targeted; and, cause apprehension for all athletes that were involved in the Rio 2016 Olympic Games.

“To those athletes that have been impacted, we regret that criminals have attempted to smear your reputations in this way; and, assure you that we are receiving intelligence and advice from the highest level law enforcement and IT security agencies that we are putting into action.”

He continued: “We condemn this criminal activity and have asked the Russian Government to do everything in their power to make it stop.

“Continued cyber attacks emanating from Russia seriously undermine the work that is being carried out to rebuild a compliant anti-doping program in Russia.”

UK Anti-Doping (UKAD) chief executive Nicole Sapstead issued a warning to British athletes that their data is at further risk of being publicised after Tour de France champion cyclists Chris Froome and Bradley Wiggins were among the second batch of athletes who were targeted.

She said: “UKAD strongly condemns actions of this nature and we are appalled that five members of Team GB have had their private data published illegally online. Not only does it undermine our work and the protection of clean sport, but it is grossly unfair to the athletes, whose personal data has been put at risk.

“We continue to treat this matter with the utmost concern and seriousness, and we are working hard with WADA to urgently determine what impact, if any, this may have on other British athletes, and exactly what information may have been compromised.”

The group is thought to be carrying out the cyber attack in retaliation to WADA after the governing body released a report into the country’s state-sponsored doping programme, and requested a wholesale ban of the Russian Olympic team.

As a result of an independent report carried out by lawyer Richard McClaren, the International Paralympic Committee opted to issue a blanket ban to the Russian Paralympic Committee after it was found to have colluded in the cover-up of numerous positive doping samples of its athletes.