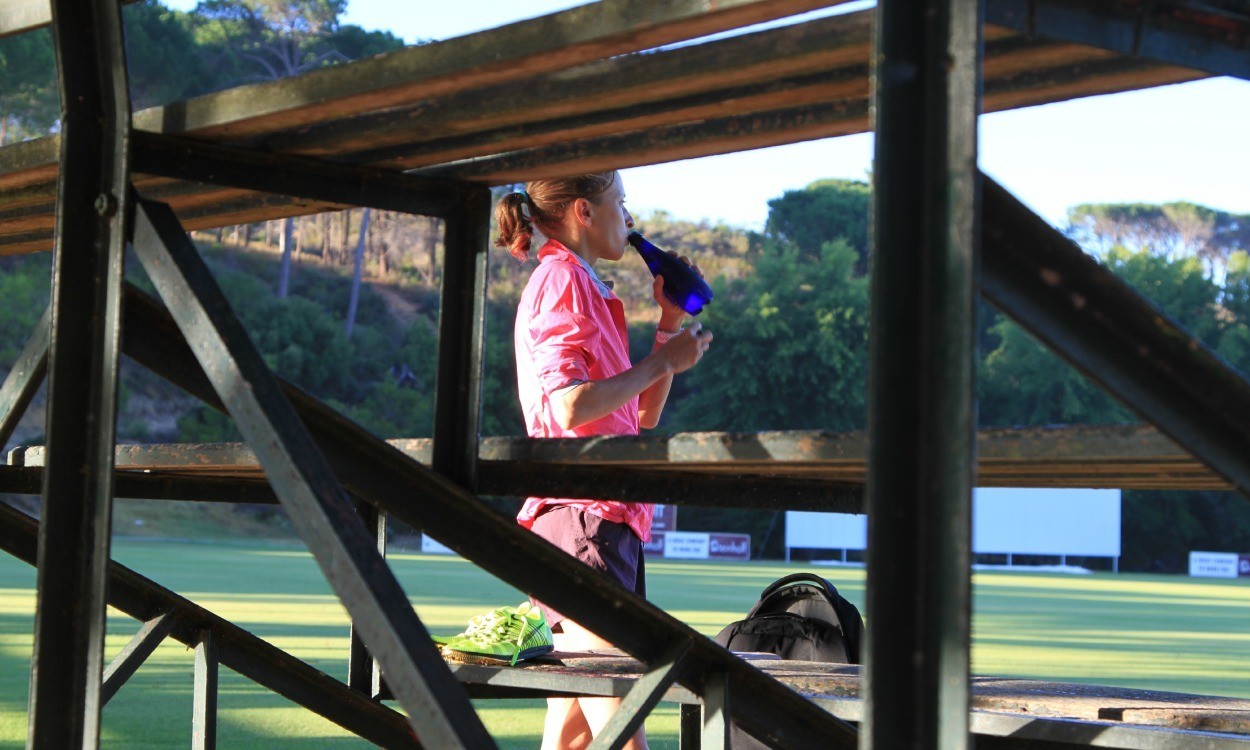 For women, nutritional needs are different to that of men. This is due in part to the menstrual cycle and differences in bone density. Inadequate caloric consumption to match the caloric expenditure of running – a common problem among women runners – puts many female runners at risk of nutrient deficiencies that can affect their health and their running performance.

Calcium is essential for bone health and it prevents bone loss and reduces the risk of fracture. When calcium intake is inadequate to offset the body’s calcium needs, calcium is stolen from the bones to maintain its level in the blood, which contributes to osteoporosis (weak and fragile bones).

Your body absorbs calcium better if it’s obtained through food rather than a supplement. Good sources of calcium are dairy products, which include milk, yogurt and cheese as well as dark green leafy vegetables such as spinach, kale and broccoli. Other sources include canned salmon and fortified foods such as orange juice, breads and cereals. If you take a calcium supplement, take it with meals in dosages of 500 milligrams or less throughout the day to enhance absorption.

Research has shown relationships between vitamin D intake and cancer prevention, increased immunity and the prevention of diabetes. It is produced when skin is directly exposed to the sun. Although sunscreen is important for skin cancer prevention, it also blocks the chemical reaction of the sun on the skin.

Age, geographical location, time of year and duration of sun exposure all affect skin production of vitamin D. Older women have higher requirements of vitamin D because the skin is less able to synthesize it from the sun.

Because dietary sources of vitamin D are limited to fortified foods and fatty fish, a vitamin D3 supplement is the best way to ensure you’re getting enough vitamin D if you’re lacking it.

Iron is an essential component of haemoglobin and myoglobin, the proteins that transport oxygen in your blood and muscles, respectively. Iron deficiency causes anaemia, which is common among women runners because women lose iron every month during their periods. Anaemia, which can result in fatigue, poor recovery and below-par performance, can occur from diminished dietary iron intake, excessive iron losses, or both. Running also increases iron deficiency through losses in sweat and through breakdown of red blood cells, known as haemolysis.

The most readily absorbable forms of iron are in animal foods, such as red meat and dark poultry. Other good sources of iron include dried fruit, dark greens, beans, whole grains and soy foods. Consuming vitamin C, along with iron, enhances iron absorption. Many women runners with anaemia, including vegetarians who may be at higher risk, need an iron supplement.

The B-complex vitamins, specifically thiamine, riboflavin, B6 and niacin, are involved in metabolism. Vitamin B12 and folate, which are frequently low in women runners’ diets, are required for the production of red blood cells, protein synthesis, and tissue repair and maintenance.

Vitamins C and E, the antioxidant nutrients, play important roles in protecting muscle cell membranes from oxidative damage. Long-term running can produce a constant oxidative stress on the muscles and other cells, predisposing them to damage, because the activity increases oxygen consumption 10 to 20 times than at rest.

Carbohydrate is your muscles’ preferred source of fuel when you run. Achieving and maintaining optimal carbohydrate intake is important for training intensity, preventing hypoglycaemia during your runs, serving as a fuel source for working muscles, assisting in post-exercise recovery, and strengthening your immune system.

Eating increases carbohydrate stores while running depletes them. Runners who don’t consume enough carbs experience prolonged glycogen depletion that decreases endurance and performance. Glycogen synthesis occurs most quickly if you consume carbohydrates within the first 30 to 60 minutes after you run.

When increasing carbs before a half-marathon or marathon, women runners need to increase their total caloric intake as well as their percentage of carbohydrate calories to obtain the same carb-loading effect as men. Foods rich in simple carbohydrates, which are digested quickly, include fruits, fruit juice, honey, molasses, dairy products and sweets. Nutrient-dense carbohydrates include whole-grain breads and cereals, rice, pasta, fruits, vegetables, legumes and low-fat dairy products such as yogurt.

Protein is important for muscle growth and aids in recovery and repair following muscle damage from training. Protein is also needed for red blood cell development, antibody production and the synthesis of new structures that improve your running, such as mitochondria and enzymes. Protein provides up to 15% of the fuel during activity when muscle glycogen stores are low, but only 5% when muscle glycogen stores are adequate.

Runners lacking protein are more likely to experience decreased muscle mass, a suppressed immune system, increased risk of injury and chronic fatigue. Women at risk of insufficient protein intake include those on a low-calorie or vegetarian diet, as plant proteins are less well digested than animal proteins.

Good protein sources include meats, poultry, fish, eggs, dairy products, nuts, seeds, peanut butter, soy foods and beans. A well-balanced vegetarian diet can easily supply enough protein as long as the protein sources are varied and you eat enough calories during the day. Vegans who avoid all animal proteins such as milk and meat should increase protein intake by an additional 10%.

Because fat supplies more than twice the number of calories per gram than carbohydrate and protein, it provides a concentrated calorie source to furnish energy for the runner. Fat provides essential fatty acids that supply energy, help to produce hormones, contribute to nerve function, and carry the fat-soluble vitamins A, D, E and K into your body.

A diet too low in fat, common among women runners trying to lose weight, limits your running performance by inhibiting storage of fat inside your muscles, resulting in earlier fatigue during your run.

» Dr Jason Karp holds a PhD in exercise physiology and is a prolific writer with more than 200 articles published in magazines as well as the author of five books. He is also a frequent speaker at coaching conferences