Mo Farah set to retire from track after 2017 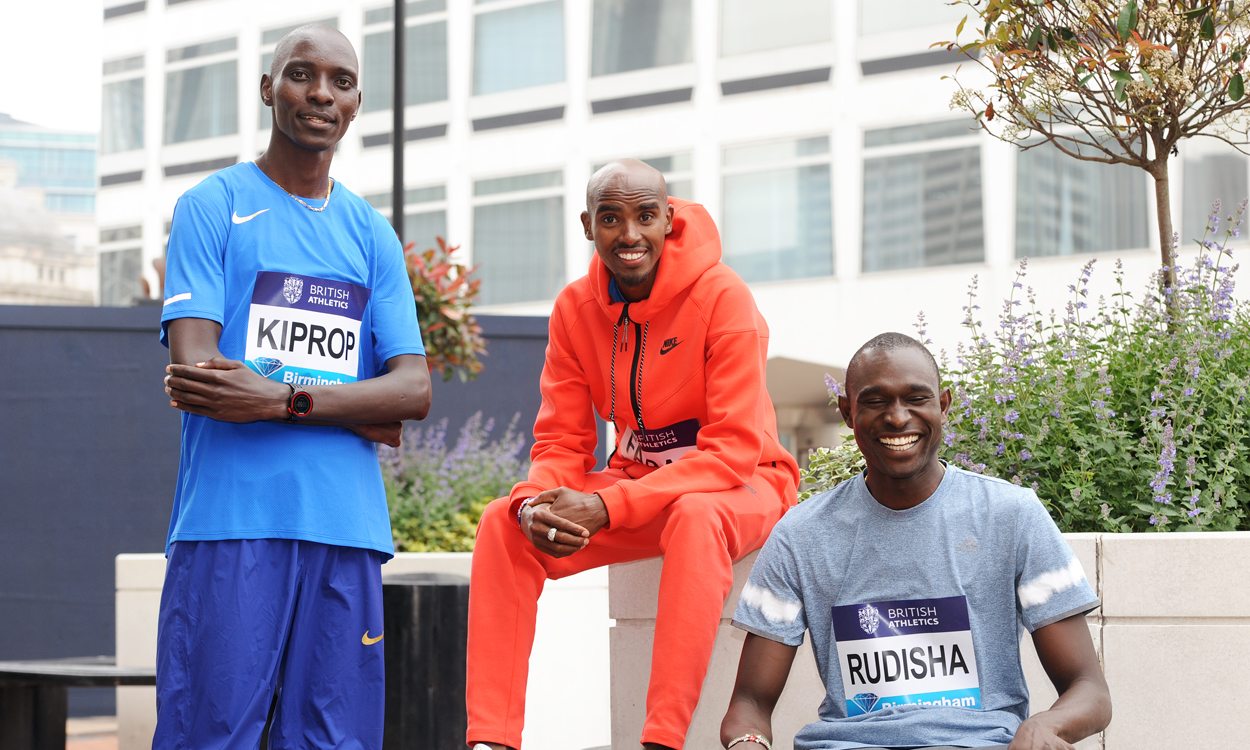 Mo Farah is looking to bow out of track competition next year before switching to the roads, including trying to “learn” how to run the marathon, the double Olympic champion has said.

The British 5000m and 10,000m record-holder could add two more global track titles at next year’s World Championships in London, but as he would then be 34 he wants to then quit the track circuit to spend more time with his family.

“I love what I do, but I’m away six months of the year so I’m only [at home] half the time,” he said. Earlier he had explained: “The hardest thing is, being a father of four kids, looking at my kids and them looking me in the eye and going, ‘dad, are you off again?’ That’s the one that really breaks my heart.”

Farah ran 2:08:21 on his one and only attempt at the marathon in 2014 and has unfinished business at the distance.

Speaking at the press conference ahead of the Birmingham Diamond League, he said he needed to “learn” the event.

“It’s a different pain [in the marathon],” he said. “You don’t do a marathon every three or four months. I think it’s just one of those things where when I finish track I need to run another one, and another one and try and learn about it and think about at what point you feel tired and why you feel tired. I don’t know – I might not be good at marathon.”