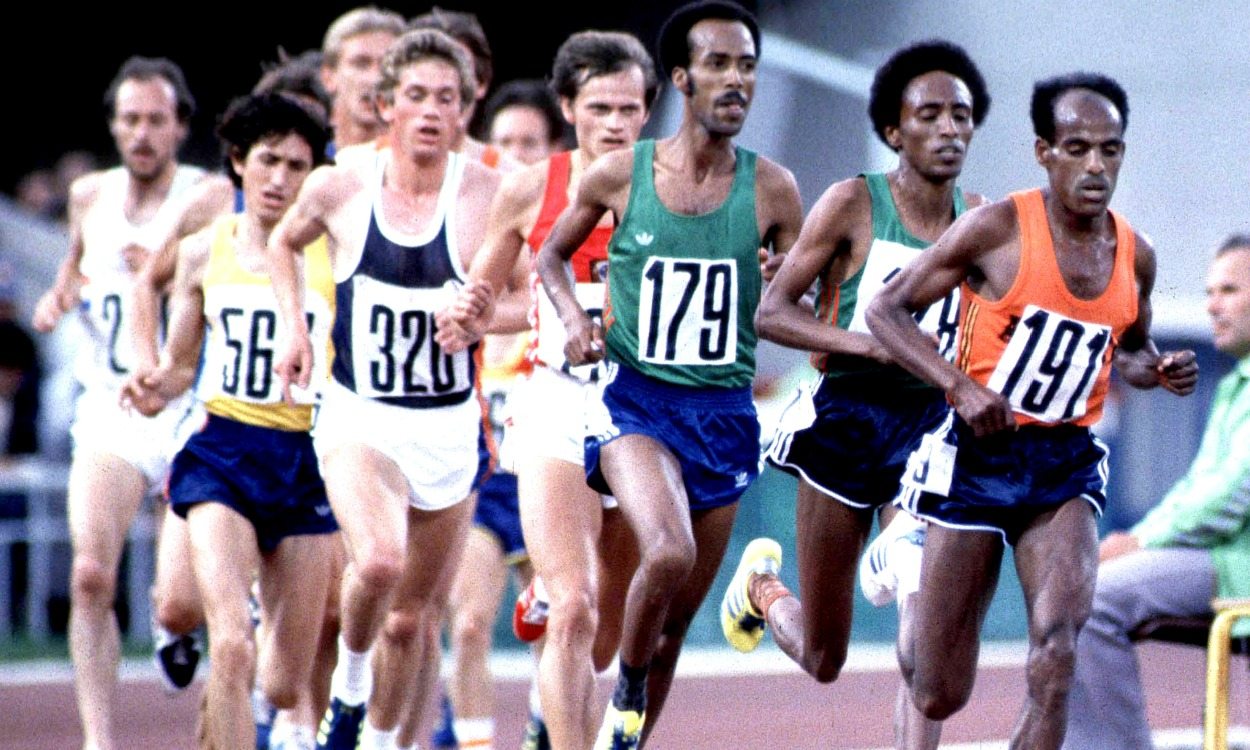 The exploits of Ethiopian distance runner Miruts Yifter at the 1980 Olympics captured the imagination of the world.

After unleashing an astonishing injection of speed to win the 5000m and 10,000m at the Moscow Games, he was dubbed ‘Yifter the shifter’ and among those inspired by his victories was a seven-year-old boy called Haile Gebrselassie who was following Yifter’s progress on a crackly radio in Ethiopia and dreaming to one day follow in his footsteps.

Along with Abebe Bikila, Mamo Wolde and Kenenisa Bekele, Yifter and Gebrselassie are known as the famous five in distance running-mad Ethiopia. Bikila was the forerunner with his Olympic marathon titles at the 1960 and 1964 Olympics but Yifter went on to play a prominent part in the athletics history of the nation with his amazing double in Moscow.

Yifter was a tiny, balding figure, but appearances can be deceptive and he showed on the grandest stage of all that he possessed one of the most fearsome kick finishes in history. The Moscow Games were dominated by the Seb Coe vs Steve Ovett showdown, but Yifter brought the 5000m and 10,000m races to life with his spectacular ability to change gear when it mattered.

In the 10,000m, Yifter and his team-mates Mohammed Kedir and Tolossa Kotu (pictured from right to left in the image above) surged and slowed during the 25 laps in an attempt to unsettle the defending champion Lasse Viren and fellow Finn Kaarlo Maaninka before Yifter sealed the win with a vicious burst of speed 300m from the finish. Covering his final 200m in 26.8, he took the title in 27:42.69 as Maaninka won silver a couple of seconds behind and Kedir took bronze ahead of Kotu and Viren.

Then, in the 5000m, Yifter faced a larger pack of rivals at the bell, including the fast-finishing miler Eamonn Coghlan of Ireland and Suleiman Nyambui of Tanzania. Yifter also found himself boxed behind Kedir, but his selfless team-mate glanced behind in the back straight to check if Yifter was ready to sprint and then moved aside to let him through.

The rest was academic as Yifter blasted out a final 200m in 27.2 to win in 13:20.91 ahead of Nyambui, with Maaninka third and Coghlan fourth. The distance double was complete and in some style too.

“We talked about it with the coaches and I practiced taking off with 300m to go in both the 5000 and 10,000m races,” he told the IAAF in 2004. “The 300m is the ideal mark – not too late, not too early. I listened to the movements of my opponents until five laps remained and then decided on my course of action. The tension starts building at the bell, but before they could reassert themselves, I make my move.”

Yifter’s talent was spotted when he joined the Ethiopian air force, but his international career got off to an inauspicious start in 1971 when he appeared to out-kick Steve Prefontaine in a United States vs Africa match in North Carolina before realising he had timed his sprint finish one lap early. The following day he beat Frank Shorter in the 10,000m at the same match and the following year took bronze over the same distance at the Munich Olympics behind winner Viren.

Yifter was also due to race the 5000m at the Munich Games but missed his heat and mystery forever surrounds the reason why. Theories range from getting lost on the way to the stadium to being blocked by security at a check-in gate to getting involved in a pre-race dispute with Ethiopian officials and there have even been reports that he was thrown into jail on his return to Ethiopia for being a ‘traitor’ for missing the race.

A similar mystery also surrounded his age, with his birthday reported to be anywhere from 1938 to 1944. This meant no one quite knew whether he was in his early 30s or early 40s when he won in Moscow and Yifter added to the intrigue by telling reporters: “I don’t count the years. Men may steal my chickens, men may steal my sheep, but no man can steal my age.”

In 1976, he missed the Olympics due to Ethiopia boycotting the Games. Then, after Moscow, he attempted to train for the marathon at the Los Angeles Games in 1984 but the plan did not come off.

Outside the Olympics, he won the IAAF World Cup four times over either 5000m or 10,000m in the late 1970s, he set a world half-marathon best of 62:57 in 1977 and helped Ethiopia to gold a couple of times at the world cross country championships in the early 1980s.

In more recent years he had been a team coach at major events but moved to Canada, where he spent his last days. In typical Yifter style, even his death was shrouded in confusion and some mystery. After falling ill with a collapsed lung, his death was prematurely reported a few weeks ago before he finally passed away just before Christmas.