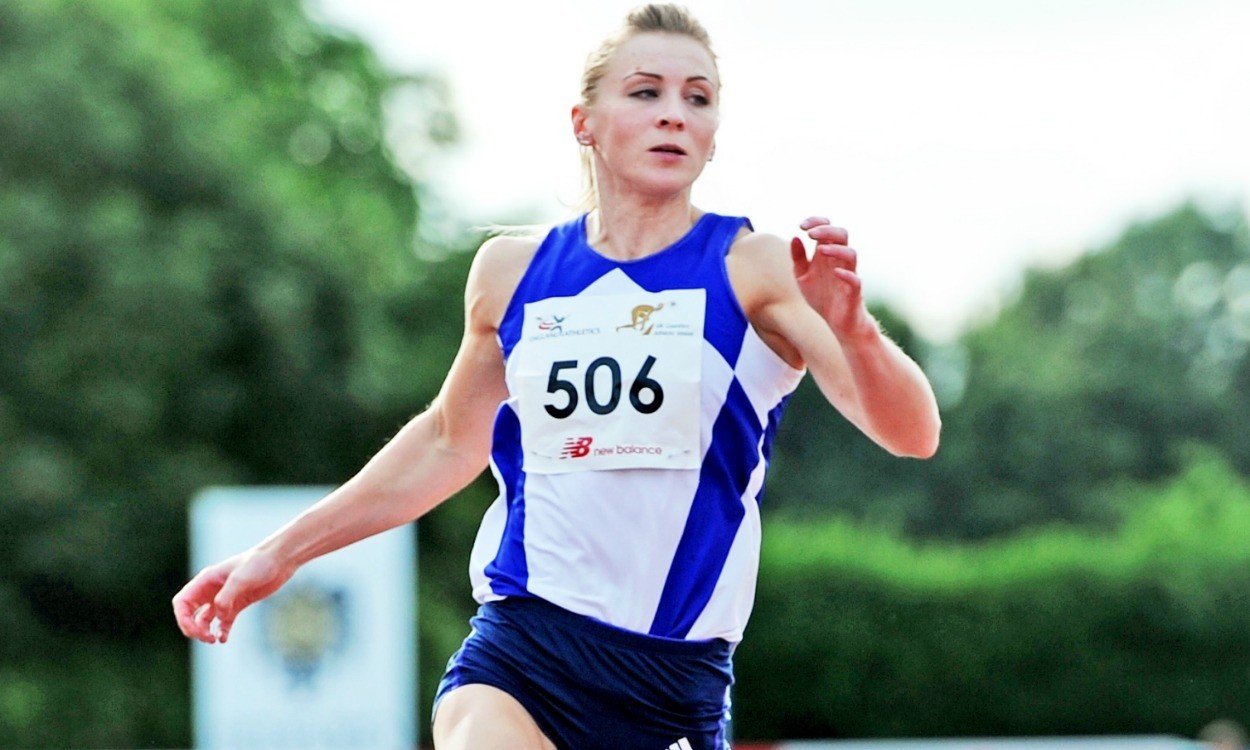 Louise Bloor’s career, both on and off the track, is on an upward curve at the age of 30, and she’s keen to continue the positive trend.

Holding the status of an elite sprinter as part of the British Athletics World Class Performance Programme relay set-up and a performance nutritionist for the national judo, taekwondo and diving federations gives Bloor little time to breathe away from her professional commitments.

Upon returning from the World Championships in Beijing last year, where she was part of the 4x100m squad, unlike the rest of the team who largely went off to enjoy a well-earned off-season break, Bloor was straight back to juggling her two roles.

She said: “Sometimes it can be quite tricky in terms of the workload as it comes in waves. It gets really busy at some points.

“Where I am now it’s quite nice and relaxed and I’m only working away two days a week and I get a lot of time at home. It’s just managing the workload when it does hit you.”

A 60m PB set in Vienna at the end of January of 7.35 and consistently running times faster than she has before gives the Yorkshire sprinter the confidence that, despite the hectic schedule, things are still going in the right direction.

Everything at this moment in time is angled toward preparing for the Olympics in Rio. Only after then will Bloor consider taking her own holiday.

Bloor said: “I feel in control of where I’m going and what I‘m doing which is nice because I’ve been in the situation in the past where I’ve felt out of control in terms of what to do. At the moment I’m enjoying athletics more than I ever have.

“I’m 30, turning 31 in September but I’m still getting quicker, so as long as that’s the case then I’m going to keep going.”

“The focus now is Rio. Have a good indoor season, focus on Rio and then see where you’re at and look at the options.

“People do ask me if I have any holidays booked but I can’t wait until I do get one in the diary. It won’t be until September I don’t think. But I’m definitely due a good holiday.

“I’m definitely hoping to get one in after Rio and to just sit on a beach.”

Being coached for more than a decade by Toni Minichiello – or “Chell” as Bloor refers to him affectionately – gives her added confidence that the man in her corner this summer will continue to steer her in the right direction.

Minichiello has helped guide Jessica Ennis-Hill to two world titles and an Olympic gold under the extreme pressure of being the runaway home favourite four years ago.

Having witnessed first-hand his progressive approach and adaptability as coach, Bloor feels privileged to be in a position to benefit from his experience.

“We work well together now that I’m more independent and my knowledge has grown. We can always work together and argue together, so it’s a good relationship that we’ve got after these years,” she added.

“His knowledge is always expanding. He’s always reading and learning so I think I take great confidence from knowing that my coach is always growing along with sport science and sports medicine and coaching in general.

“That’s worked really well for Jess. Seeing her grow and adapt to competition and the pressures and everything else that comes with it.

“You do take a lot from it and learn a lot from it. It’s very reassuring to know that you do have such a good team around you.”