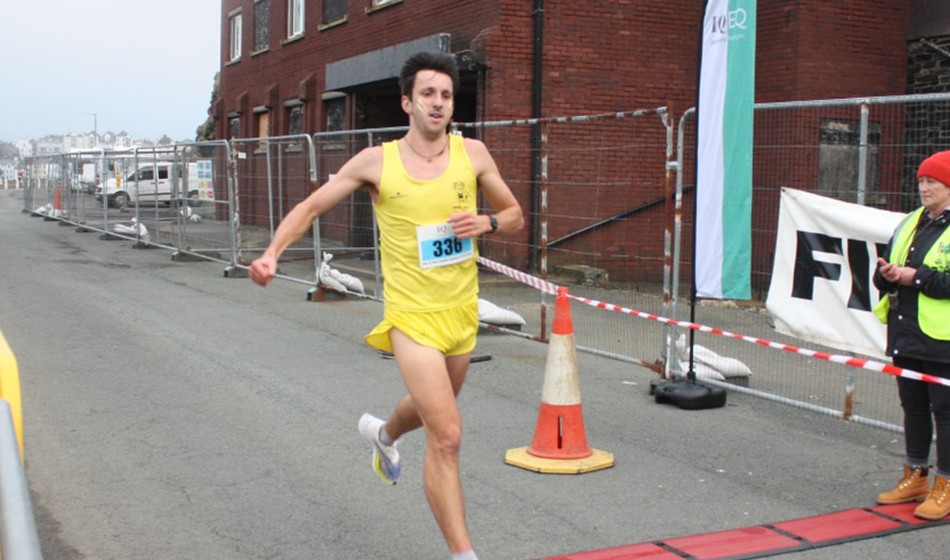 Linton Taylor and Holly Page took home the 10km honours on the first day of the historic Isle of Man Easter Running Festival.

In misty conditions, Taylor – a Leeds based athlete who finished 18th with 2:18:50 at the Manchester Marathon on April 3 – clocked 30:27 and got within just 11 seconds of the course record set by Jonny Mellor back in 2007.

Taylor’s personal best for the 10km was 29:37 but given the course included some tricky hills it was unlikely he was going to get near that mark and to record the third fastest time in the race’s 16-year history is impressive.

He won by seven seconds to Scott Stirling and 18 seconds to Jack Millar in third place.

Such was the strength in depth of the field that Stirling and Millar set the fourth and seventh fastest times in the history of the race.

It wasn’t until after 5km that those three athletes made a breakaway from the leading pack of 20 before Stirling and Taylor battled it out to the finish, the latter triumphing in the foggy Port of Erin harbour.

Linton Taylor from Leeds wins the 10km at @iomeasterrun with 30:26 (approx) 🔥

It’s close to the course record of 30:16 by @jonnymellor9. pic.twitter.com/U6bfo5dRN5

“I didn’t have a clue how that was all going to go after the Manchester Marathon I did a couple of weeks ago,” Taylor said. “I’ve just jogged and plodded around since so my strides before the race were literally the fastest running I’ve done since then.

“I thought it might all go to pieces on the way back up the hill but I felt pretty good actually and I was pleased with it. It felt cagey at the start and no one really wanted to take it out from the front. There was a bit of a headwind for the first half and then we got onto a single file runway which saw people surging. Thankfully I just had a bit extra at the end.”

Taylor also confirmed that he has signed up for the Night of the 10,000m PBs at Highgate on May 14. 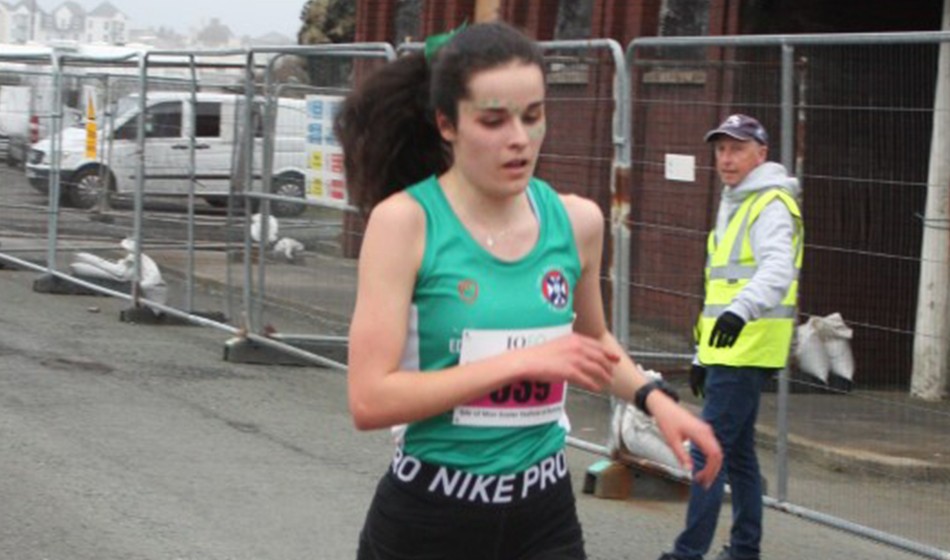 Meanwhile, Holly Page recorded the second fastest time by a woman in the race’s history with 34:41 to finish 56th overall.

Page was fourth in the Scottish National Cross Country Championships in February and has started 2022 in style as her previous 10km personal best was 38:02.

The fact that she has also ran 10:13.98 for the steeplechase and 16:43 in a parkrun highlights her versatility.

“I started off in a bundle of people and I thought I should tuck in with some of the front women and then it was just a case of closing down as many men as I could and soaking up the atmosphere as I was running around,” Page said.

“It was worth the wait as I was meant to go but Covid struck and the event got cancelled. I’ve heard so many good stories about the event. I’d now like to go to a fast 5km and there’s definitely potential to go quite a lot faster.”

The tradition of the festival means that the runners also have the option of a pub crawl style run from Peel back to the Isle of Man capital, Douglas.