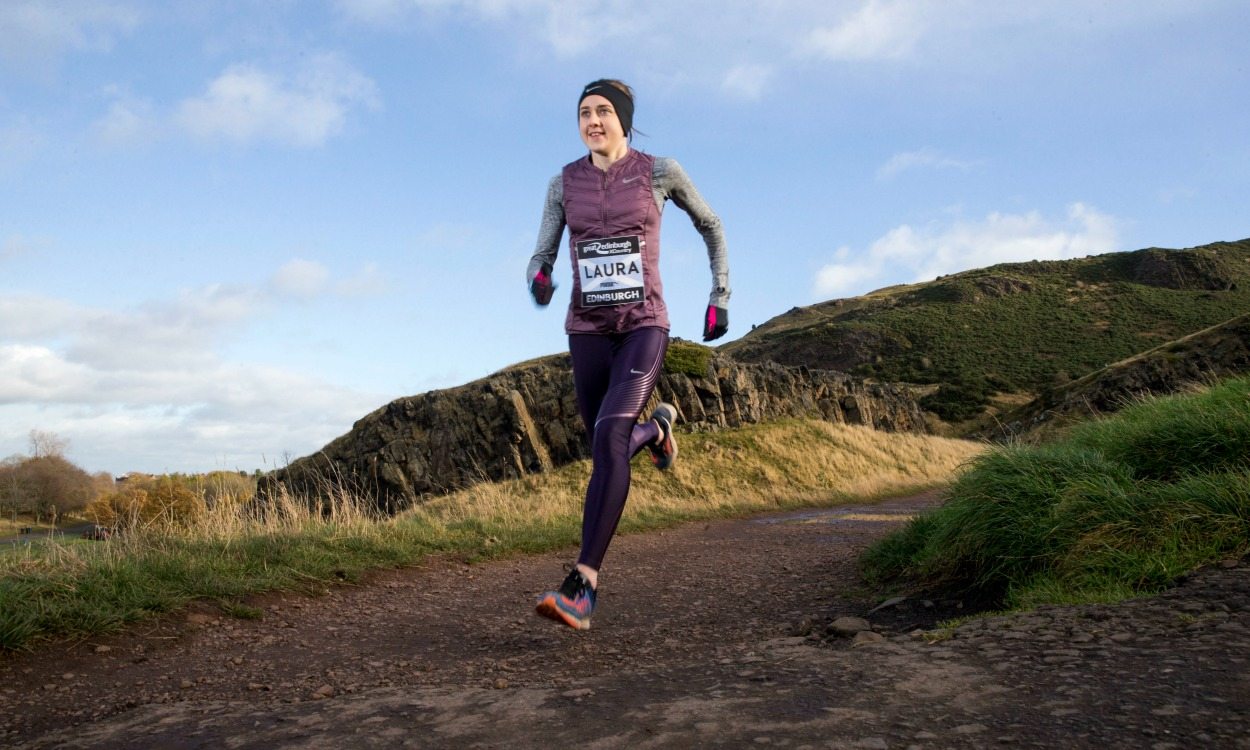 Laura Muir is looking forward to returning to the Great Edinburgh International XCountry at Holyrood Park on January 7 as she forms part of a Scotland A team defending the mixed 4x1km relay title she helped claim earlier this year.

Muir will be keen to set the tone for the year ahead after an incredible run of form, which saw her finish seventh in the Rio Olympic 1500m and twice break the British record.

Her achievements led to her being named Scottish Athletics’ athlete of the year for the second year running, beating compatriots Andrew Butchart, Lynsey Sharp and Callum Hawkins to the honour.

In Edinburgh, Muir will be aiming to successfully defend the team title against home nation and international competition and retain the Stewart International Relay Trophy, named after two Scottish running legends Ian and Lachie Stewart.

The 23-year-old sees the competition as an ideal warm-up for her 2017 season.

“Cross country is always a vital part of my training program,” she said. “I’ve always loved it and enjoy being out there. I will look forward to running in front of a home crowd, representing Scotland.

“A good cross country performance will be perfect preparation for what is another important year.”

She added: “Holyrood is a really challenging course. It’s a really good spectating course because a lot of people can see what’s going on. It’s just a great atmosphere and there are a lot of people I know of, friends and family who come along. I’ve always enjoyed it.

“Everybody is quite patriotic so you get a good cheer and can hear a few Scottish accents shouting your name. But I get a great reception whether I’m competing down south or in Scotland. People recognise me now which is really nice.”

The event will be separate from the GB v USA v Europe match programme, which features junior and senior races on an iconic course in the heart of the city.

Mark Munro, CEO of Scottish Athletics, said: “The 4x1km relay was a great addition to the Holyrood Park spectacle in January 2016 and the crowds loved seeing Laura Muir bring it home on the final leg for Scotland A.

“We’re delighted that our athlete of the year is now pre-selected for Scotland A to defend the Stewart Cup and I’m sure a spell in South Africa over the next month or so will help her preparation.

“We will announce further selections in due course and it is very pleasing that, with the assistance of Great Run, we’re able to field a Scotland A and a Scotland B team. That will give eight athletes in total experience and exposure to a big televised cross country event taking place in Scotland and I feel that’s very beneficial and important.”

The Great Edinburgh International XCountry will be televised live from 13:15 on BBC One. It is part of a New Year festival for runners of all abilities held in Holyrood Park, next to the Scottish Parliament.

The popular Great Winter Run, held on the same day as the XCountry, is a scenic 5km course that loops around Arthur’s Seat and provides amateur runners with the perfect opportunity to dust off the New Year cobwebs before watching the world’s best test themselves in the international cross-country races.

Entry to the Great Winter Run is available online at www.greatrun.org/winter.