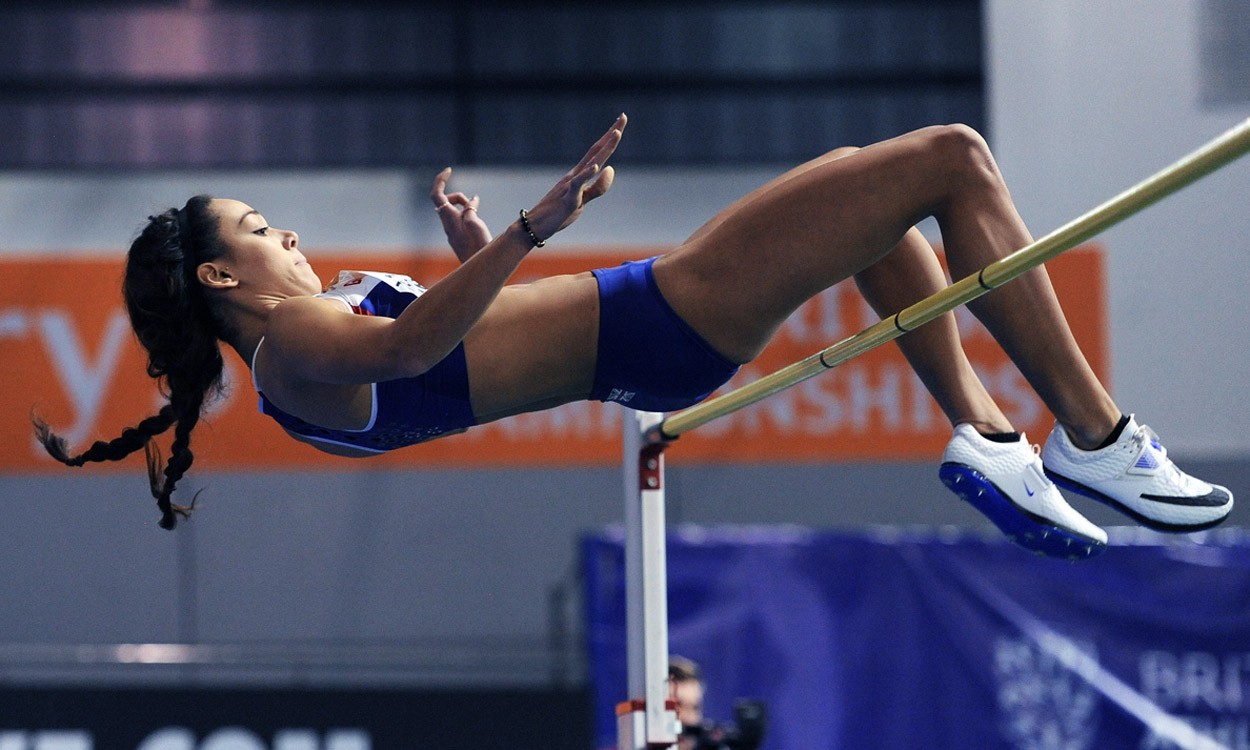 Katarina Johnson-Thompson spoke of her hopes of becoming the first British woman to go over 2.00m after setting a British high jump record at the Sainsbury’s Indoor British Championships on Saturday.

Johnson-Thompson cleared 1.97m to take gold at Sheffield’s EIS and also see off the challenge of rising star Morgan Lake whose silver medal-winning clearance of 1.94m was a British junior record.

It was an event that showcased the current strength in depth of Britain’s female high jump, with Johnson-Thompson successfully defending her crown and reclaiming the national record she had previously shared with Isobel Pooley. Pooley, who cleared 1.96m outdoors last summer, placed third at the weekend with a best of 1.88m.

“I am really happy to be back healthy and competing again, and it’s obviously great to get a personal best, but I never thought I’d be disappointed with a 1.97m,” she said.

“It’s crazy because it’s a British record and a personal best, but without sounding too negative I really wanted that 2.00m.

“I cleared the 1.97m first attempt and with some space as well, so I just think I could have done a little bit better.

“But it is my first high jump competition of the year and things are still improving so hopefully I should get it in the future.

“I think it’s the big two-zero on the board that does put you off a little bit, even if you can clear that anyway.

“Maybe if it was 1.97m plus three you’d be able to clear it a little easier! It’s a bit of a mental thing that’s hard to get over, but it’s my first competition and I’m happy with my performance.”

The world’s top heptathlete in 2014 now turns her attention to contesting the long jump at the Sainsbury’s Indoor Grand Prix this weekend.

“It’s good to see I am in good shape in the high jump and I can move on to other events with confidence that I’m in a good place at the minute,” she said.

“The last time I did the high jump was the national champs outdoors last year, so it’s been a very long time and with a few more competitions I’m hopeful of going even higher.”