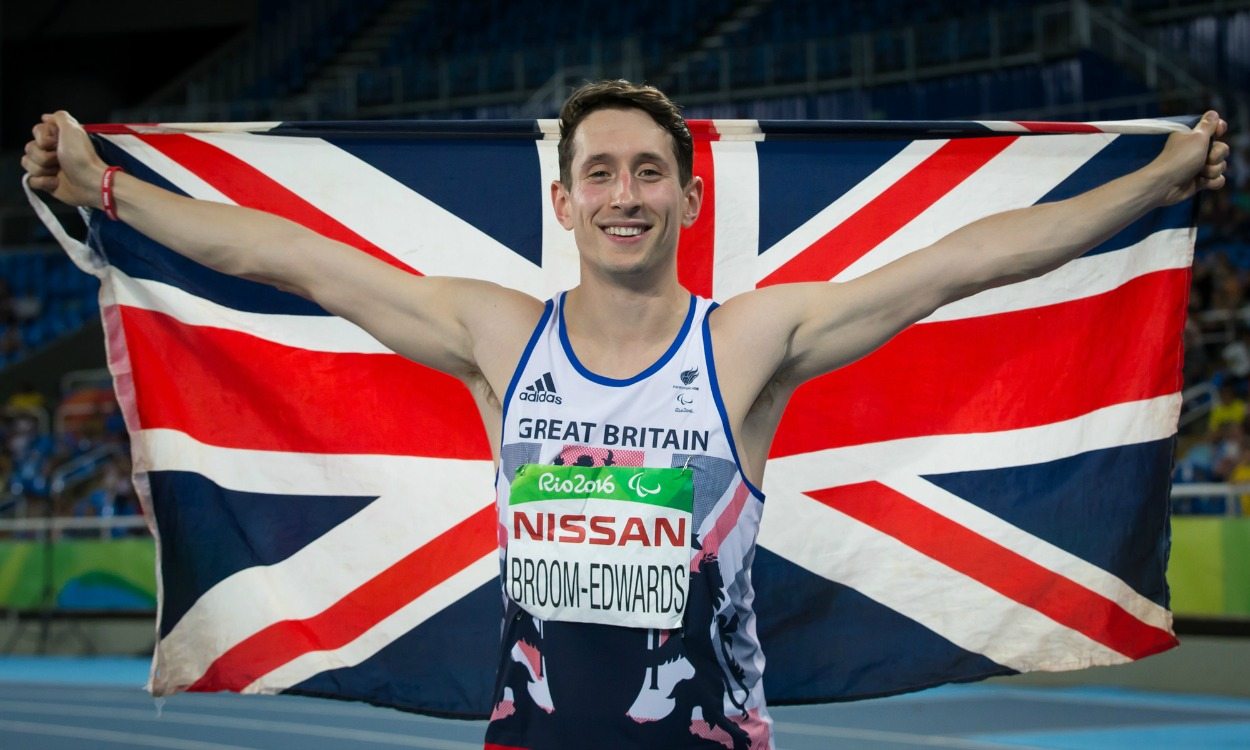 Jonathan Broom-Edwards added Paralympic T44 high jump silver to his world and European medals of the same colour on Monday as he finished as runner-up to Poland’s world record-holder Maciej Lepiato.

Britain’s Broom-Edwards has placed second behind Lepiato at the past two editions of the IPC World Championships and this time the Fuzz Caan-coached athlete equalled his season’s best of 2.10m as Lepiato added one centimetre to his own world record with a second-time clearance of 2.19m. The London 2012 champion then had two attempts at 2.30m. Venezuela’s Rafael Uribe was third after a personal best clearance of 2.01m.

“This has been such an experience,” said Broom-Edwards, who was born with the condition Talipes Equinovarus, or clubbed foot. “I’ve had a lot of fun. It would have been nice to go higher because I know it is within me but I’m still relatively new to this so for the next one I will aim to just tighten it up a bit.”

On his rivalry with Lepiato, the 28-year-old added: “It’s carrying the sport forward. If I keep pushing him to get higher, maybe soon I’ll be pushing him to make mistakes.

“As long as I can limit the amount of mistakes I make, I will challenge him more.”

France’s Marie-Amelie Le Fur broke the T44 400m world record with 59.27, the left-leg amputee claiming her second Rio title after her long jump gold and third Paralympic win overall after her 100m victory at London 2012. Germany’s Irmgard Bensusan secured silver with a 59.62 PB, while American teenager Grace Norman, who the day before had become the first ever para triathlon champion, got the bronze with a 61.83 regional record.

USA crossed the line in a world record-breaking time in the men’s T42-47 4x100m final but their delight quickly turned to disappointment after the team was disqualified for a changeover out of the zone.

Two days after claiming 100m silver behind Britain’s Jonnie Peacock, New Zealand’s Liam Malone went one better over double the distance as he broke the Paralympic record which had been set by South Africa’s Oscar Pistorius in 2012 for T44 200m gold.

Clocking 21.06, the T43 double below-knee amputee sprinter held on to beat USA’s Hunter Woodhall with a 21.12 PB and Germany’s David Behre with a 21.41 European record.

In a race featuring T43 and T44 sprinters, USA’s David Prince also broke the T44 Paralympic record with his time of 22.01 for sixth. Germany’s Felix Streng, who had earlier formed part of Germany’s gold medal-winning 4x100m relay team and also claimed individual 100m bronze, pulled up during the race.

“I’m thoroughly disappointed because I don’t know what more I could have given,” said Ruddock, who has a PB of 13.75m from 2015. “I tried to find something extra. I had it in me but I tried too hard. I don’t know whether it was the occasion or the pressure I put on myself.”

Brazil’s Alessandro Rodrigo Silva enjoyed a win on home soil in the F11 discus after a Paralympic record-breaking throw of 43.06m to beat Italy’s Oney Tapia with 40.89m, while Iran’s Mohammad Khalvandi threw a world record of 46.12m for victory in the F57 javelin.

After finishing fifth in the 400m final earlier on in the day, Britain’s six-time Paralympic gold medallist David Weir placed second in his T54 1500m heat to progress to the final where the wheelchair racer will be joined by Thailand’s winner of that race, Rawat Tana, plus Switzerland’s world record-holder Marcel Hug, while Australia’s Kurt Fearnley was among those to miss out after placing fourth in his heat.

Continuing in her bid for two gold medals, 100m winner Libby Clegg and her guide runner Chris Clarke stormed into the T11 200m final with a time of 25.24. Brazil’s three-time Paralympic champion Terezinha Guilhermina was another heat winner, and they will line up alongside China’s Cuiqing Liu in the final.

USA’s Tatyana McFadden dominated her T54 1500m heat with a time of 3:27.41 to keep her hopes of another Rio medal on track after her 400m win and 100m silver. Her team-mate Amanda McGrory went quicker in the second heat though, breaking the Paralympic record with 3:22.75 as GB’s Jade Jones missed out on making the final after a time of 3:32.88 for eighth.