Massimo is no ordinary Joe 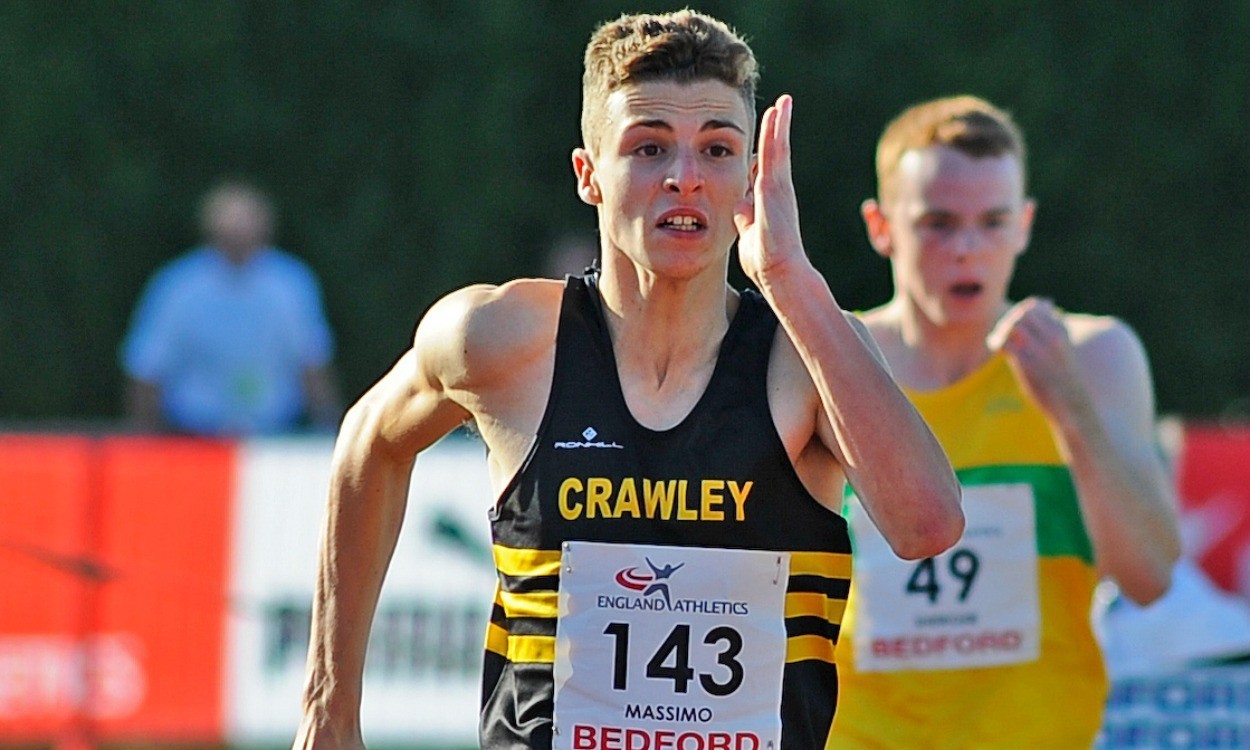 Joe Massimo has named Perri Shakes-Drayton as one of his favourite athletes, writes Steve Roe.

For this he cites her personality – “she enjoys herself without being flashy,” says Joe – and the fact the Londoner has over the years won numerous UK titles and excelled in two events. They are, of course, the 400m and the 400m hurdles and Joe himself can claim to be outstanding in two disciplines of the sport.

The 14-year-old has a long jump PB of 6.06m set indoors and is Britain’s top 300m sprinter in the under-15 age-group. His time of 35.21 is in fact the best ever by an under-15 boy and when achieved at the English Schools this summer was a remarkable improvement on his first efforts over the distance.

Then, in 2013, he clocked a best of 38.69 and though there was obviously scope to go quicker Joe might not have expected to do so by more than three seconds.

Never a great starter in the shorter sprints – despite county championship success over 100m and 200m – Joe has been coached by his father since last September and not looked back.

“He (Franco Massimo) felt we should concentrate on the 300m and has tailored my sessions to suit the distance,” says Joe. So it was that after starting the year with 38.07 indoors he in due course set Surrey records in both schools and county championships.

It was clear the English Schools final would be a showdown between Joe and Chenna Okoh of Dacorum & Tring. Okoh had dipped under 36 seconds on more than one occasion and was in fact ahead in the rankings on account of his win at the Hertfordshire Championships with 35.6. Yet there was little he could do at the Alexander Stadium, Birmingham, as Joe stormed to the title in a most convincing fashion.

“I must say I was shocked after seeing the time,” recalls Joe. Less surprised was his father. “After the heat (a day before) I had told him he could win,” says Franco.

As an under-17 from next season Joe will be taking on the 400m. His winter training will be much like last time – but harder. There will be 350s, 400s, endurance sessions and lots of core work. “We’ve got to step it up a gear,” insists his dad.

There is no question, however, of Joe neglecting the long jump. It is a complement to his sprinting and one of the first events he did after joining Crawley AC in 2010. For the next year or so after that he represented Sussex in championships. There was a subsequent rule change for qualification, however, and now on account of both birth (Epsom) and residence (Kingswood) Joe wears the vest of Surrey.

First and foremost, though, Joe is proud to compete for Crawley and certainly there is every reason for him to stay there. His sister was once a member, its track is easy for him to reach and now, as always, the club has an admirable reputation.

You can find further performance stats on Joe on Power of 10 here.