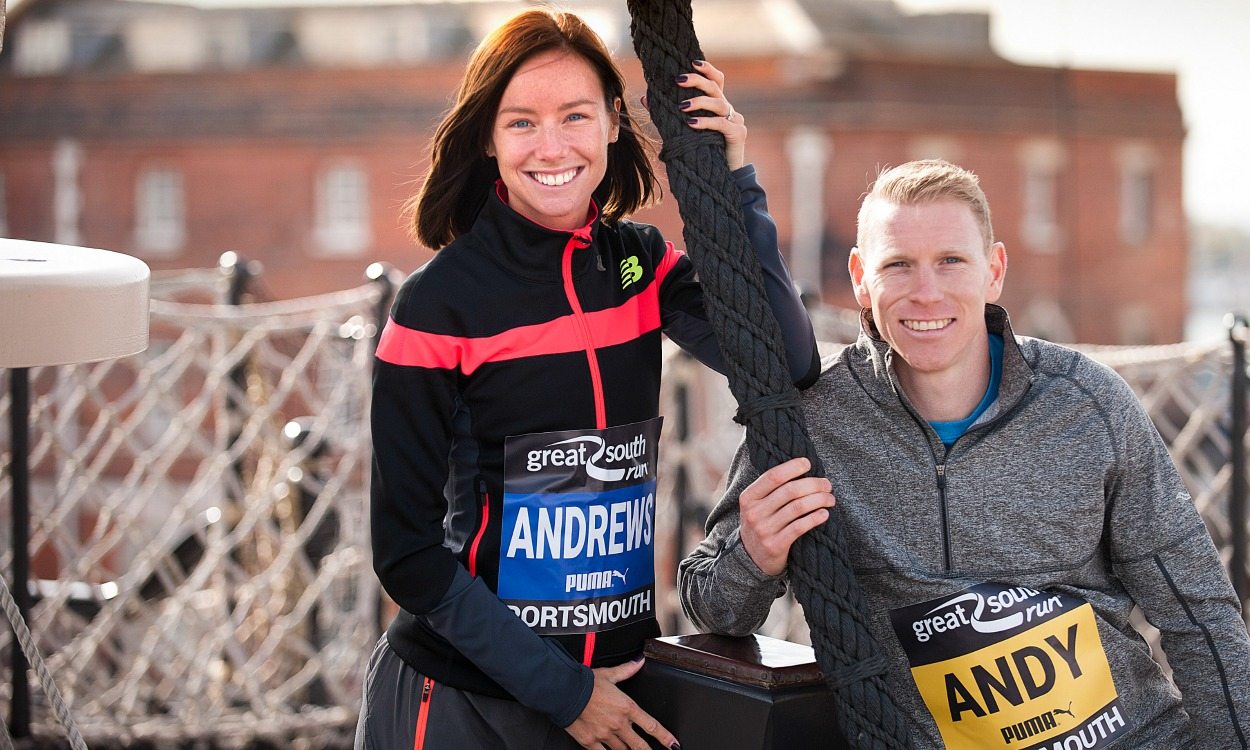 As Andrews gets back into action at the Great South Run, the Rio Olympian reflects on what she describes as “almost a dream season”

For Jess Andrews, this weekend’s Great South Run represents something of a changing of chapters for the Rio Olympian.

While the 10-mile road race in Portsmouth and Southsea marks the start of her road race season proper, it will also be her last event as an ‘Andrews’ – a name under which she achieved such success this summer.

Andrews launched herself into the spotlight and on to the GB team for Rio with a superb British 10,000m title-winning performance at the Highgate Harriers Night of the 10,000m PBs in May. Beating Kenya’s 2009 world champion Linet Masai, the Briton clocked a 31:58.00 PB for victory and following that her season continued on an upward trajectory.

At the European Championships in Amsterdam Andrews improved her PB to 31:38.02 and placed seventh. In Rio she went faster still, clocking 31:35.92 for 16th and a time that places her seventh on the UK all-time list.

Now the 24-year-old is preparing for her wedding in Spain next weekend to professional cyclist Dan Martin, but first Andrews, who hails from the Isle of Wight, has returned to the UK’s south coast for one final race with that name on her bib.

“It’s amazing to be so close to home, I have quite a few supporters coming over to support me,” said the Aldershot, Farnham & District athlete, who last raced at the Great South Run in 2013.

“We’re early in the season but I think I can run well. Unfortunately I was sick last week, but that happens. Hopefully the virus is out of me and I can run well.”

Since her last Great South Run, Andrews has had just a few major outings on the road, with a slight disillusionment with running meaning she competed sparingly from 2014 into 2015. But after relocating to Spain to live with Martin, she rediscovered her love for the sport and has since reaped the rewards.

“I really wasn’t enjoying the running scene as such,” she explained. “I was doing it for the wrong reasons. I was standing on the start line worrying about times and positions and stressing about far too much. Then I moved to Spain and my now fiancé said ‘let’s just take it easy’.

“I ran a few very small races but I ran when I wanted – I ran for as long and as hard as I wanted. Then I met my coach (Josep Carballude) out in Spain and I gradually felt my love for running coming back.

“I realised the only reason I did it was because I enjoyed it and loved it. That’s when the fitness and the times came.”

As well as her 10,000m PB, Andrews has also run quicker than ever over 5000m this summer and reflecting on her year, she added: “It was the most incredible summer I could have asked for. Winning the trials, running well at the Europeans, running at the Olympics – it was almost a dream season.”

With her passion restored and so much to look forward to in the coming years, Andrews explained how now she has to stop herself from getting too carried away.

“I get married next week and then we go on honeymoon for a couple of weeks and then the week after that there’s a race in Spain I’m doing. The following week is the European trials in Liverpool and I’d absolutely love to make the European Cross Country Championships. This year has been quite a crazy year though, so if it doesn’t happen this year I can understand, there’s next year.

“But then next year we also have the London World Championships which it would be just incredible to make, and then the following year is the Commonwealth Games in Australia.

“I have to stop myself from getting too excited and think ‘be patient, everything will come and if it’s meant to be it will be’. That’s one of my mottos that I stick with.”

But after the year Andrews has had, who can blame her for being so eager?