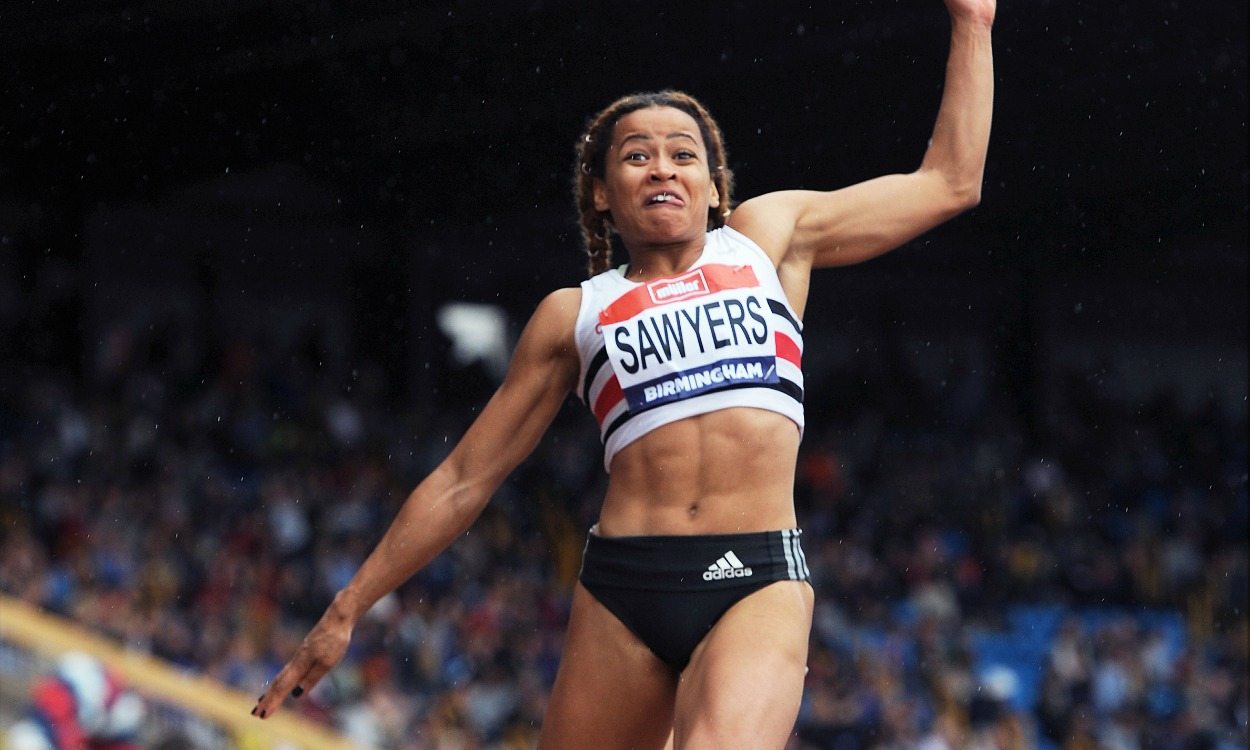 Having gone beyond 6.70m twice at last month’s British Championships, Jazmin Sawyers says consistency is now key as she gets ready to compete at the European Athletics Championships in Amsterdam.

The 22-year-old’s leap of 6.75m in Birmingham, which she backed up with 6.72m in the final round, saw her claim the British long jump title ahead of world silver medallist and UK record-holder Shara Proctor and it also secured her spot on the Great Britain team for her first Olympics in Rio next month.

“I haven’t kind of come down off the high from trials. I’m still excited,” said Sawyers, whose previous PB had been 6.71m set when claiming silver at the European Under-23 Championships in Tallinn last summer.

“It was a massive relief and I was so excited to get that confirmation that it (the distance) was there. Now that’s out there, hopefully there will be more.”

The Alan Lerwill-coached athlete, who claimed Commonwealth silver in 2014, added that beating some top opposition in Birmingham had also provided her with a boost.

“It gave me some confidence that I can be at that level,” she commented. “I haven’t jumped those big distances yet but I think they are coming and I can compete with these girls.”

It was quite some 24 hours for the City of Stoke athlete as she later opened her degree results which confirmed that she would be graduating from Bristol University with a 2:1 in law.

Sawyers last pulled on a GB vest at the IAAF World Indoor Championships in Portland in March, and although disappointed with her 13th-place finish, the athlete explained that she will be using that experience as further motivation this summer.

“As much as I really didn’t enjoy doing as badly as I did I think I needed it, if only to learn that I have got to treat every big occasion just as long jump,” she said. “I think I got a bit too excited at the Worlds.

“I needed that loss to go, ‘you can’t let this happen again’.”

Now she knows that PB performances are there, Sawyers is looking for much more of the same as she returns to major competition.

“I just want to keep improving,” she said. “I need to get my consistency better. At the trials I had two fouls in the first two rounds and I can’t afford to do that here because I need to make the final and then I need to make the top eight.

“That’s what I want to be doing – I want to be in that top eight and I want to jump another PB because I feel I am in shape to do that. My final round jump proved that’s the kind of shape I’m in.

Looking ahead to Rio, she added: “Again, it’s a lot about improving. I’m going to want another PB there. I want to make the final. For me, if I go there and don’t make the final then I haven’t done myself justice. I’m sure I’ll develop new goals if and when I do make that final but for now that’s the focus – to jump PBs and make the final.

“Looking at my profile and my age and things I’m going to want to be pushing for medals next time and to have the experience of doing it now means that I’m not going to be overwhelmed, I’m going to know what to expect hopefully next time around.

“I want to make sure I enjoy it. I do need to remember that this is my dream and I’m getting to live that out at 22 years old. I’ve got to stop for a second and enjoy it.”