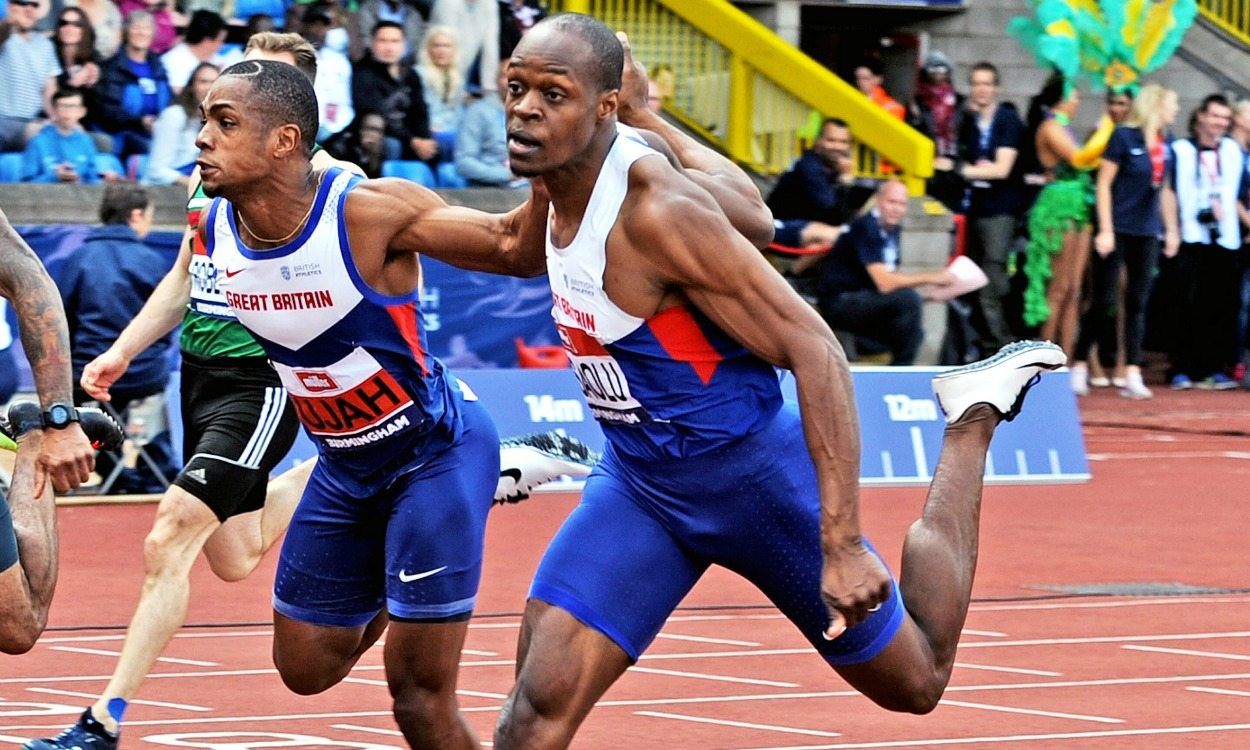 Britain’s 100m champion has rectified his poor injury record and is optimistic as he heads to the Olympics, writes John Wragg

In July 2013, James Dasaolu ran that blistering 9.91 for 100m, making him the second fastest Brit of all time, and it looked like take-off time. He backed that up with a 9.97 to get into his first world final and the following year ran 6.47 for 60m in the Birmingham Indoor Grand Prix. But then the thigh muscle went.

Dasaolu was out of the World Indoors that year, when he looked hot for gold, and rested up, returning to claim his first major title, at the European Championships in Zurich.

There had been injuries in 2011 and before. Dasaolu seemed as fragile as china. Some doubted his body would ever be strong enough for the heats and pressure of a final at a big championships.

It was 2012 when the pain, both mental and physical, stopped. Dasaolu came under the wing of Steve Fudge and a programme was devised for him. Dasaolu became a five-day athlete, taking time off and resting.

“When this worked, I just couldn’t believe that I’d spent three or four years more on the sidelines because of injury,” he says. “So it was like ‘okay, this is it now, this is the moment to reload my full potential, to use my body to the best of its ability’.

“I am really happy. I’m running quickly now and the body can take it.”

On the same track where Dasalou ran his 9.91 PB, earlier this summer he claimed the British title as he, Chijindu Ujah and James Ellington ran under 10 seconds with wind-assistance at the UK Championships and Olympic trials.

“I am really happy. I’m running quickly now and the body can take it”

Britain’s depth of quality now is greater than it was when Linford Christie ran 9.87 nearly a quarter of a century ago.

“I think I’ve had one injury in the last three years when it was two or three injuries in a season,” calculates Dasaolu.

“That injury box has been ticked and it’s just about being on the start line and being confident my body is ready and being able to do my best.

“It definitely does cross your mind that you might not be able to go on when your body is breaking down like that.

“What I can say is that, although my body was breaking down, I was always able to come back and run a quick time. I was running 10.0 or 10.1, which was still making me second or third in the country, so I basically knew that as long as I could get over my injury problems that I’d be okay because the speed was there. It was just about stopping getting injured.

“The injuries were a big part of the first part of my career. It happened. I don’t think I’m the most injury-prone athlete in British athletics anymore.

“I haven’t had to finish in athletics and I’ve been with my coach for three and a half years. I think there are other stories out of there for my career now.”

When Dasaolu faced what was effectively his last chance in 2012 there were big answers needed and Fudge found them. One thing Dasaolu has learned is to keep away from British winters.

“I have a really good coach and therapist and we’ve had a plan. I went away for two months in Doha to get away from our winter,” he says.

“I really suffer lots, becoming ill and bogged down with a cold, so that was the idea of getting away to Doha. It was November and December and then we went off to Tenerife as well.

“Being out in the heat is good for the muscles and prevents any kind of injury. I’ve had a really good winter. And feel I’ve put
in the groundwork needed to have a good season.

“You’re not going to get it right each time, that’s the honest truth. I’ve got a PB of 9.91sec and I’ve also got the experience, so I feel I have everything I need to go on and continue progressing”

That was Beijing and his World Championships disaster, going out in the heats when he virtually stopped with 30 metres to go and a semi-final place looking a certainty.

“You’re not going to get it right each time, that’s the honest truth. I’ve got a PB of 9.91sec and I’ve also got the experience, so I feel I have everything I need to go on and continue progressing,” he said.

“I can get back to 9.91. In training I’m hitting the same times. What you do in training and how you compete doesn’t always marry up. But there is no reason why I can’t run close to my personal best again this year.

“Collectively we probably have the quickest bunch of athletes we have ever had. Tracks are now much quicker and we have better equipment than back in Linford Christie’s day.

“Whether Christie’s British record will go this year with us pushing each other on I don’t know.

“Beijing and the Worlds was just a sharp learning curve.

“I never thought I’d have to be running 10-flat or sub-10 in the heats to make it through to the next round. So for me that was a real mistake and I am more thankful it was the Beijing World Champs and not the Olympics or the World Championships that we have in London in 2017.

“I won’t do that again. It underlines just how good you have got to be just to make it to the semis now.”