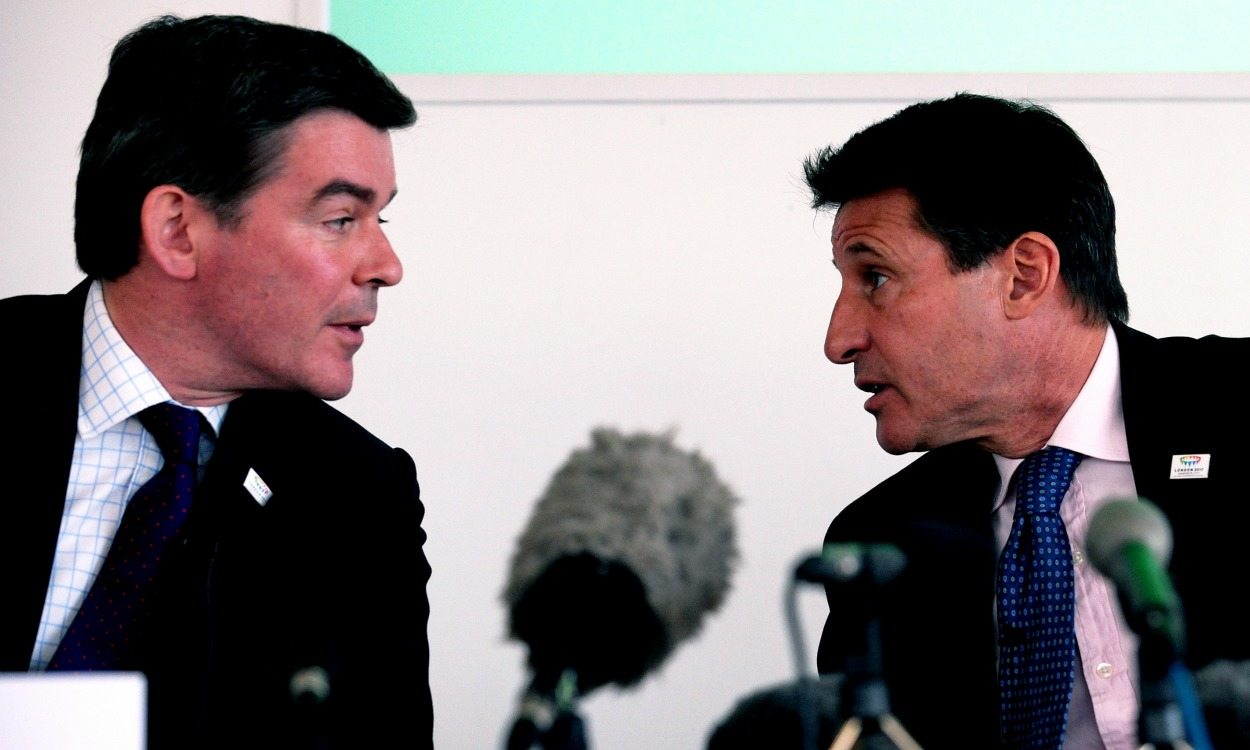 Coe, who became president of the International Association of Athletics Federations last year, held the BOA post for four years

Lord Sebastian Coe is to be replaced as chairman of the British Olympic Association (BOA) by Sir Hugh Robertson, it has been announced.

The 43-members of the National Olympic Committee (NOC) voted to elect Robertson to succeed Coe, who will now further concentrate on his presidency of the International Association of Athletics Federations after four years in the BOA post.

Having served previously as Minister for Sport and the Olympics, Robertson played a pivotal role in the delivery of the London 2012 Olympic and Paralympic Games and more recently the Rio 2016 Olympic Games. He also formed part of the bid team for the London 2017 world athletics championships.

Robertson, who is the current BOA vice chairman, stood against Richard Leman and will now serve a four-year term as chairman, beginning today.

In his new role, Robertson will lead the BOA Board in mapping out the future direction of the organisation and making certain that Team GB athletes have the resources, preparation and support they need to continue to excel in the forthcoming PyeongChang 2018 Olympic Winter Games and Tokyo 2020 Olympic Games.

In a statement, the BOA commented how during his four-year tenure as chairman, Coe “led the organisation to an extremely sound financial footing, has strengthened relations with key stakeholders including National Governing Bodies (NGBs) and UK Sport, and continued the primary focus on the athlete journey and preparation, building on the success at London 2012”.

Under Coe, Team GB made history at Rio 2016 by winning 67 medals, surpassing the total of 65 medals at London 2012 to become the first country ever to win more medals having just previously hosted a summer Olympic Games.

The 43-member NOC is comprised of one representative from each of the summer and winter sport NGBs, the four British members of the IOC, the chair and the vice chair of the BOA and two members of the Athletes’ Commission.

“Following on from my involvement with London 2012, it is a great privilege for me to become chairman of the British Olympic Association,” said Robertson. “After the success of Rio 2016, this is an extraordinarily exciting moment for British Olympic sport. I want to build on this success and drive the organisation forward both on and off the field of play.

“I would like to pay tribute to my friend and predecessor Lord Coe for the positive impact he has had on British sport, and in particular Olympic sport and it is with great pride that I follow in his footsteps.

“The success of Team GB does not come by chance and the meticulous preparations and dedication to the athletes will remain at the forefront of our work. I am thrilled to be part of this and to work collaboratively with our myriad stakeholders to provide the best possible platform for success for the athletes during the Summer and Winter Olympic programmes.”