How they train – Katy Brown 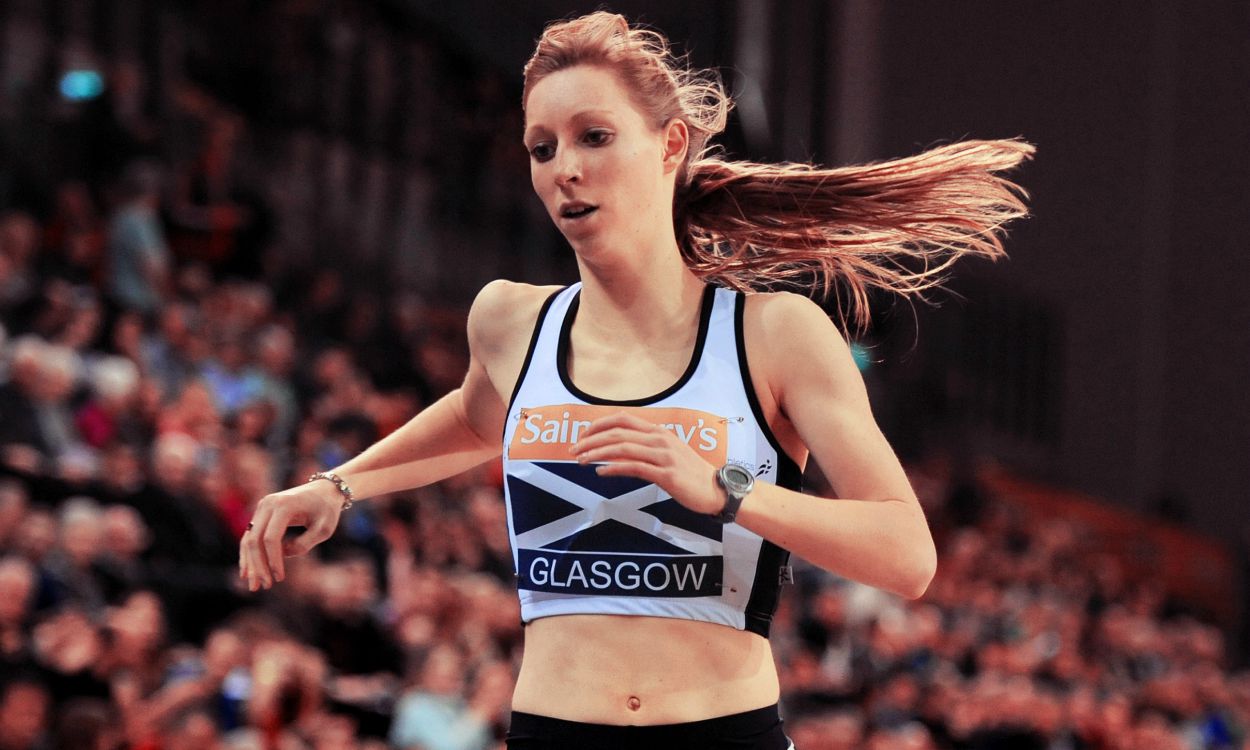 Katy Brown began running when she was aged 12 in her second year of school at St Joseph’s College in Dumfries. She says: “I was picked to represent my school in the regional cross-country championships and ran well, so I decided to take up running.”

Her first significant win was the Scottish under-17 championship and she adds: “It was special, simply because no one expected me to win!”

Brown says she enjoyed cross-country when she was younger and thinks the discipline is very important for younger athletes to build stamina and hardiness. She adds: “Now as an senior athlete the distances we have to run are far too long for me and I don’t tend to do as well in them so I’m not as keen as I was, but I admire those who can do both track and country.”

The 21-year-old says her breakthrough race came in 2012. “I brought my 800m time down from 2:15 to 2:09.82 in one race at a BMC meeting at Trafford.” In that C-graded race she not only obliterated her PB, but she also blew away the field, winning by a handsome four seconds. It was a time that would have won the B race and wouldn’t have looked out of place in the premier A race.

Brown says: “It was then that I realised that I maybe had some potential.”

Her coach, Michael Love, has worked with her since she was 13 and he also trains other girls in the Stewartry club. She says: “He’s very committed and travels down each weekend to train us while living in a small town near Edinburgh – we are all very grateful. I think I’ve improved because I’m finally gaining strength and competing in better-quality races have also helped.

“With Mike’s support I am much more focused now compared to my younger years. His weekly training schedule focuses on running. He doesn’t like me to use weights in the gym, so I’m still negotiating that one!”

Brown explains that her role models are her peers. She says: “I admire world-class athletes like Jenny Meadows and Steve Cram, but I’m also inspired by athletes around my age who are doing really well, such as Jess Judd, Emelia Gorecka and Laura Muir. Angie Petty of New Zealand also provides inspiration. I was based with Angie during April and training with her was beneficial and enormously helpful.”

PRE-RACE FOOD, POST-RACE/TRAINING FOOD
“I like to eat protein-based meals in the lead-up to a race rather than lots of carbs. Steak, salmon, venison burgers and chicken are key foods. I’m not a fan of cooked veg so I eat a lot of salad and avocados. To provide pre-race fuel I do eat risotto and couscous with beans and pulses. Post-race I drink my protein shake and tend to eat pasta-based meals afterwards. I am also a big fan of poached eggs for breakfast.”

FAVOURITE AND LEAST FAVOURITE SESSION
“My favourites are speed sessions because they give me more confidence before racing. My least favourite sessions are 400m reps – I never seem to perform them well, no matter how fit I am.”

TRAINING GROUP
“I have a very small training group at home with two under-17 300m runners and a 200m runner, who I train with for a couple of sessions each week.”

MUSIC
“I love listening to my music when I’m out on a long run and for both easy and hard runs. It motivates me, helps me to focus and take my mind off the pain. Music also relaxes me.”

GOALS
“Long term, I hope to compete for Scotland in the next Commonwealth Games on the Gold Coast.”

WORK
“After graduating last summer I made the decision to focus on running. In the future I hope to become a teacher and to support this goal I’m currently employed part-time as a classroom assistant.”