How they train – Katie Snowden 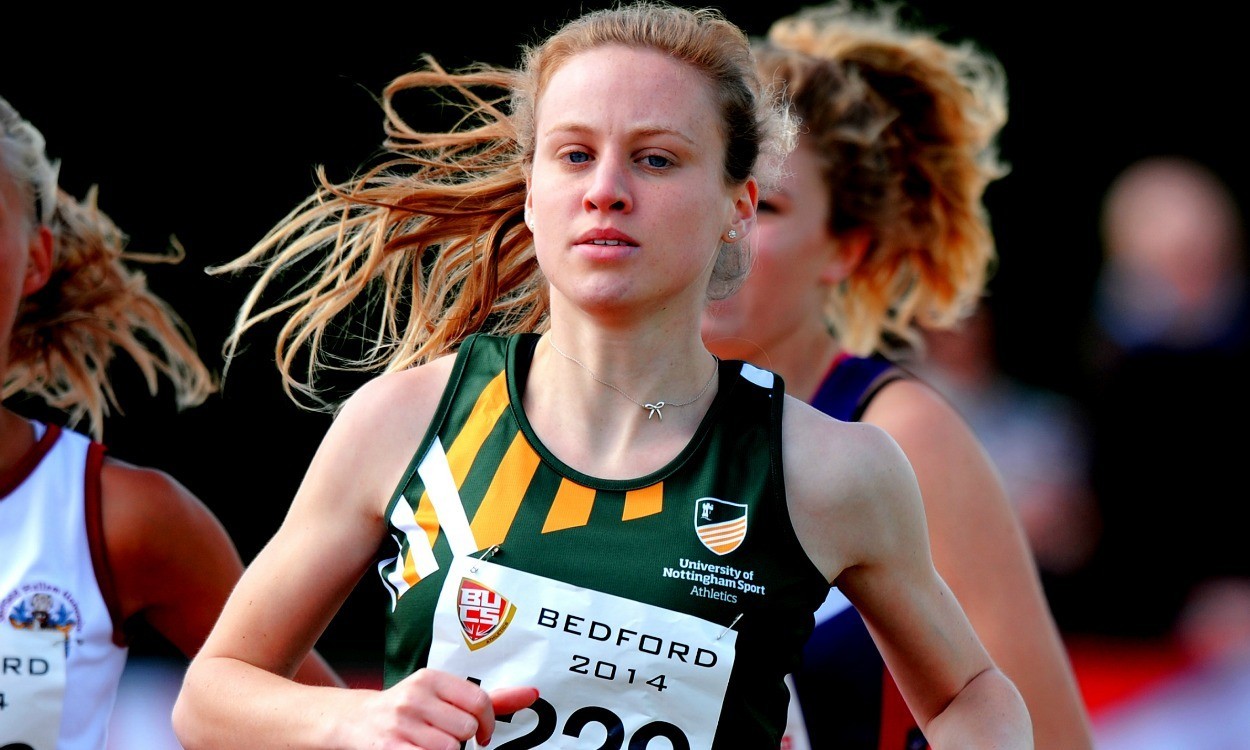 Having improved to 2:03.46 over two laps and 4:18.71 over the metric mile last year, Katie Snowden showed she is back on target, with this year’s primary goal being to make the European Under-23 Championships in Tallinn at 800m.

The 21-year-old explains: “I was pleased with last year as I feel I’m finally getting back into it after not running competitively for a while after being unwell with glandular fever. I was happy to really improve my 1500m time as well as running a PB over 800m.”

Reflecting on what may have led to her improvement, the Herne Hill Harrier suggests: “I think the consistency of training at Loughborough most days a week for the past year has undoubtedly improved my performances and I really look forward to training.”

In her final year studying geography at Nottingham University, the former English Schools champion often runs in the morning before her lectures and then travels to Loughborough in the late afternoon for an evening session. Unsurprisingly, given the fact the versatile athlete also won an England Athletics under-20 title over 400m in 2011, she enjoys speed training most of all. However, this past year, she has improved her endurance a lot and, such is her enjoyment of the sport at the moment, she is contemplating having a gap year after she graduates this summer to take her athletics more seriously. She reveals: “I haven’t decided for definite what I’m going to do next year, but as I didn’t have a gap year before I started university, I think I definitely want to have a year out once I have graduated.”

On pre-race and post-race food

Before morning runs, Snowden doesn’t normally eat anything and she eats a bowl of porridge when she returns. Before Saturday morning sessions, she normally has a piece of toast or a banana. She explains: “The rest of my sessions are all in the evening, so I’ll just have a banana straight after I’ve finished while I’m still at Loughborough and then once I’ve driven back to Nottingham I’ll make dinner.”

On her training group

Based at the University of Nottingham, Snowden does all her morning runs around Wollaton Park, either on her own or with some runners from the university. She goes to Loughborough five times a week and does all her sessions there with Alasdair Donaldson’s group.

She says: “The group is often mainly guys, but it’s a very friendly atmosphere and it means there is always someone ahead in training, which is beneficial for me.” Through the winter, the group often combines with the main Loughborough University group, which Snowden also finds useful, as there are a large number of athletes of varying abilities and so she always has someone to run with.

The Herne Hill Harrier enjoys short reps most, and lists 12x200m as a favourite session. Top of her dislikes is 6x1000m on the track.

Like many athletes, she often runs to music. She adds with a smile: “I feel music is really motivating. I always run to music if I’m on my own and I find it really helps, particularly if the weather is bad.”

Snowden is quite clear on her goals and shows no lack of ambition. She reveals: “My targets for this year are to improve my personal bests and to be selected for the European under-23 Championships. In the long-term, I’d love to be part of the GB team at a major championship.”

Monday: (am) 35min run. (pm) Weights and core: weight including squats, bench press, deadlift, step-ups onto a box with a weight. Core includes: crunches, crunches with a twist and plank.

Saturday: (am) Mixed-pace and distance grass workout, including hill work. We do a mixture of short sprints, short and longer hill reps. This tends to include 1, 2 and 4min reps in a random order so that we don’t know what is coming next and it is all done around a playing field, interspersed with hill reps. An example could be: 4min rep on the grass with 2min recovery, then 5x short hill, 2min rest, 2min rep on the grass, 2min rest, longer hill reps, 2min rest, 4min rep around playing field. Sometimes we do sets of hill reps such as: 2 sets of 8x50sec (approximate duration).