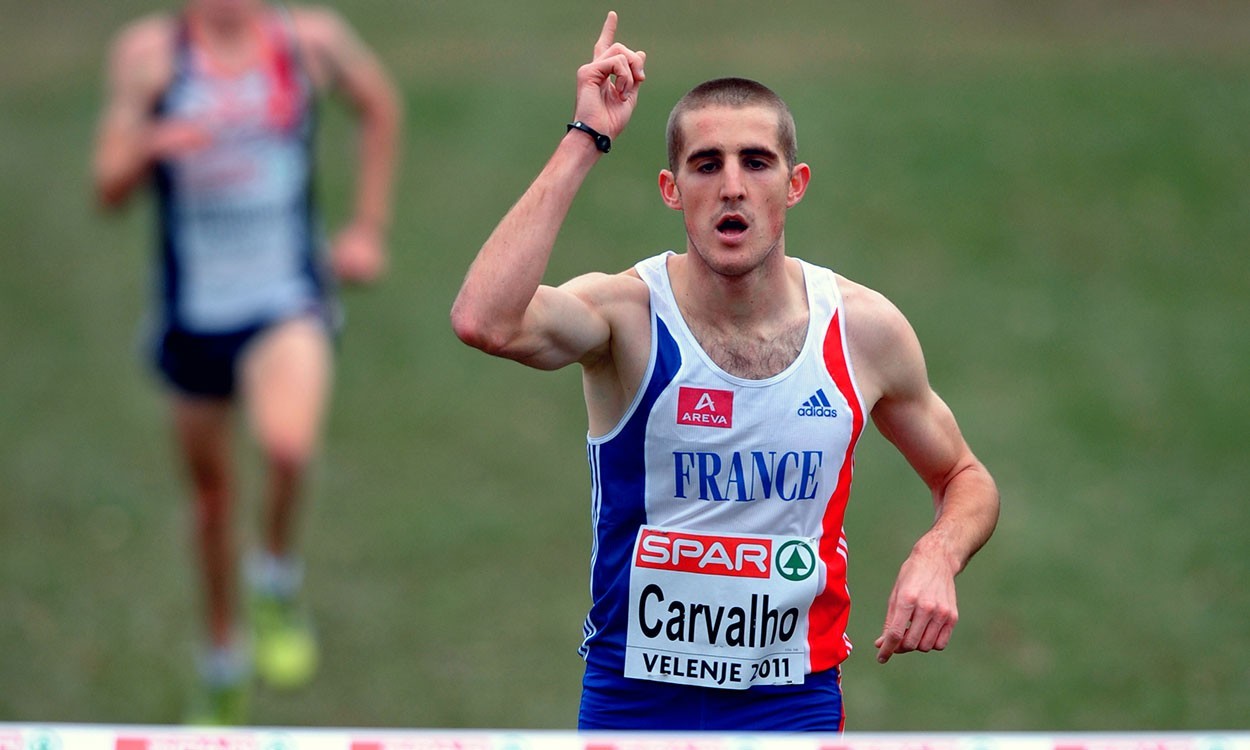 The French are pinning their hopes on Florian Carvalho to add senior honours to the five golds he already holds from the European Cross Country Championships from his more youthful years when Hyères hosts the event on Sunday (December 13).

Among those five gold medals are two individual medals from the junior and under-23 races in 2008 and 2011, which means that in European terms only the senior title remains for the Fontainebleau native to add to his portfolio.

In his comeback race at the French cross-country trials three weeks ago, the 26-year-old put 100 metres between himself and his closest compatriots, showing that, despite his problems this year, injury is very much behind him.

In a race won by Ethiopian Haymanot Alewe, Carvalho finished second, happy to have performed well after missing the summer season due to persistent problems in both knees that had also affected his winter season.

“I lacked pace at times as a result of missing the summer, but it was not muddy and that helped,” Carvalho told the French federation website talking of the trials race. “There were times when I did not think I was going to be able to follow the pace, but after the halfway mark I knew I was going to be all right.”

But he also thinks that missing the summer season may well prove a blessing in preparation for the Euro Cross since he could restart training at the end of August while the rest of the team had to come down off the summer season before rebuilding to reach peak shape again for Hyeres.

It is four years since the French last lifted the senior men’s title, so what does he think his team’s chances are with the advantage of home turf? “The pressure is the same no matter where you run, but the difference here is that we will have friends, family and other club athletes watching,” he said. “Despite the lack of profile for cross country, it is popular in France and we can expect support right to the finish line.”

As to his own chances, Carvalho is clearly harbouring thoughts of victory. “Last year in Bulgaria I was fourth and it was muddy and difficult with the pace averaging no higher than 18kmph,” he said. “It will be nothing like that in Hyeres I hope. I am aiming for a medal and why not the title?”

» Michael Butcher’s full three-page spotlight feature on Florian Carvalho can be found in the December 10 edition of AW magazine, which also includes a two-page Euro Cross preview and is available to order here or read digitally here