Hawkins and Tewelde to take on Kipsiro at Great Scottish Run 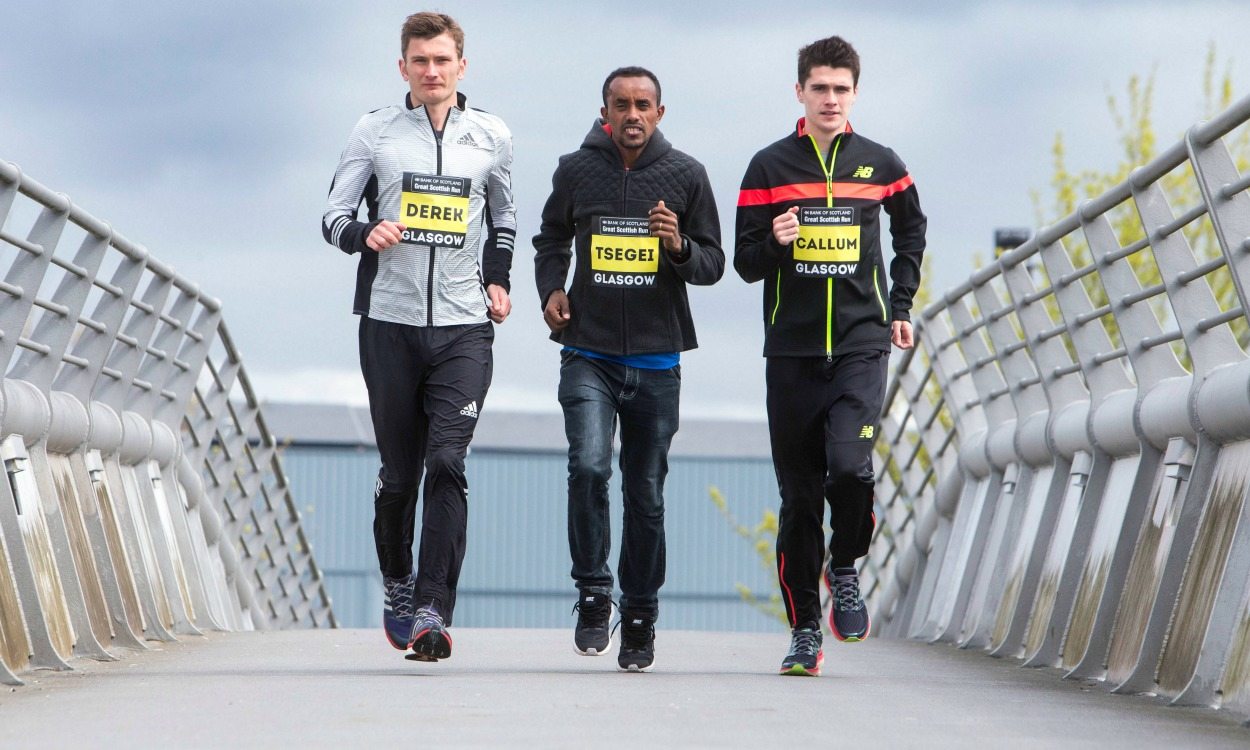 Callum Hawkins and Tsegai Tewelde are set to go head-to-head in a battle to become the first Scottish man to win the Bank of Scotland Great Scottish Run and will be joined on the start line by defending champion Moses Kipsiro when the half-marathon event returns on October 2.

No Scottish male has crossed the line first since the half-marathon was first staged in 1991, but with the resurgence in Scottish distance running in full swing hopes are high that there will be a local hero in the 2016 event.

Hawkins, who along with Tewelde and his own brother Derek represented Great Britain in the marathon at the Rio Olympics, will be looking to turn the tables on Kipsiro after the Ugandan Commonwealth 10,000m champion beat him on home soil 12 months ago with a winning time of 62:18

Andrew Lemoncello will also return to his homeland in Scotland’s largest mass participation running event. The Stirling University graduate now lives and trains in America but will complete a trio of Scottish talent determined to take the honours over 13.1 miles.

Three-time Olympic gold medallist Tirunesh Dibaba has already been announced for the women’s field, and she will take on Betsy Saina, who finished fifth in the Olympic 10,000m this summer.

The Bank of Scotland Great Scottish Run incorporates both a 10km and half-marathon route that takes runners through some of Glasgow’s best-known streets.

Starting at George Square in the heart of Glasgow, the course sees runners travel through the city before they enter Glasgow Green and reach the tree-lined finish straight in the shadow of Nelson’s Monument, with the action captured live on BBC Two Scotland.

The day before those events sees the popular ‘Super Saturday’ returning to the city, with a Toddler Dash, Family Mile and Junior Run.

The event enjoyed a record-breaking number of entries in 2015, with more than 30,000 people taking part across the weekend.

Time is running out to join the elites on the start line as half-marathon entries close on September 19. For more information and to enter the Bank of Scotland Great Scottish Run see www.greatscottishrun.com.