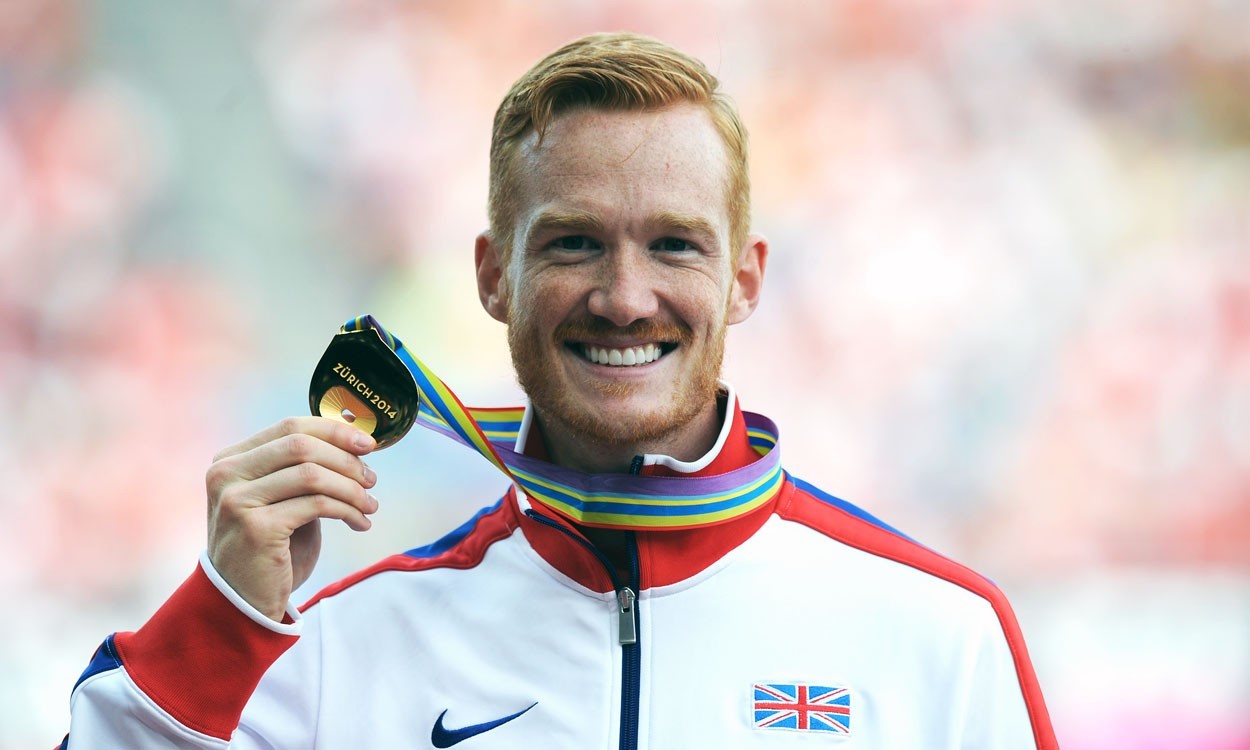 Olympic, European and Commonwealth long jump champion looks ahead to this weekend’s event and talks about his hopes of adding world gold to his medal collection

Greg Rutherford has Olympic, European and Commonwealth long jump gold medals but won’t be content until he possesses the world title – something he hopes to achieve this summer.

Speaking ahead of this weekend’s Sainsbury’s Indoor Grand Prix, the 28-year-old said: “We had a pretty good year last year so we are hoping to have another good year this year. That’s the aim and if I can do that then it will be great.

“I have to add that world title to the other ones. I have not had particularly good times at the few World Championships I have been to so I am hopefully going to rectify that this year.

“It has been a strange one with the World Championships for me. I didn’t have a bad one in 2009 but things in the final didn’t go too well. I had managed to break the British record the day before but I just couldn’t get it together.

“And then every other World Championships something has gone wrong, either an injury or an illness.

“It has been really hard to take. I definitely felt in 2011 that I had a great chance of winning, or at least winning a medal, but that pesky hamstring came and did me in qualification.

“So it is the last one to get and it is one I am very keen to get hold of. There is no better way of setting myself up to defend my Olympic title next year than by winning the world title first.”

Rutherford opens his season on Saturday when he competes in Birmingham at what is set to be his only indoor competition of the year.

“Training has been pretty good this year. We had our son back in October so sleep has been slightly broken but it’s not been a problem at all,” he said.

“I have bulked up a little bit this year so things are slightly different to how they have been in previous years.

“We are going to give it a bit of a tester in Birmingham and see how I respond to taking off a little bit heavier.

“But I have got stronger which has been reflected in my gym and weight training as my personal bests and everything have all gone up.

“I am faster on the runway so everything is sort of good, but you never know. It is a bit of a trial but we have plenty of time if there is an issue to rectify it ready for the summer”