Greg Rutherford bounces back with win in Stockholm 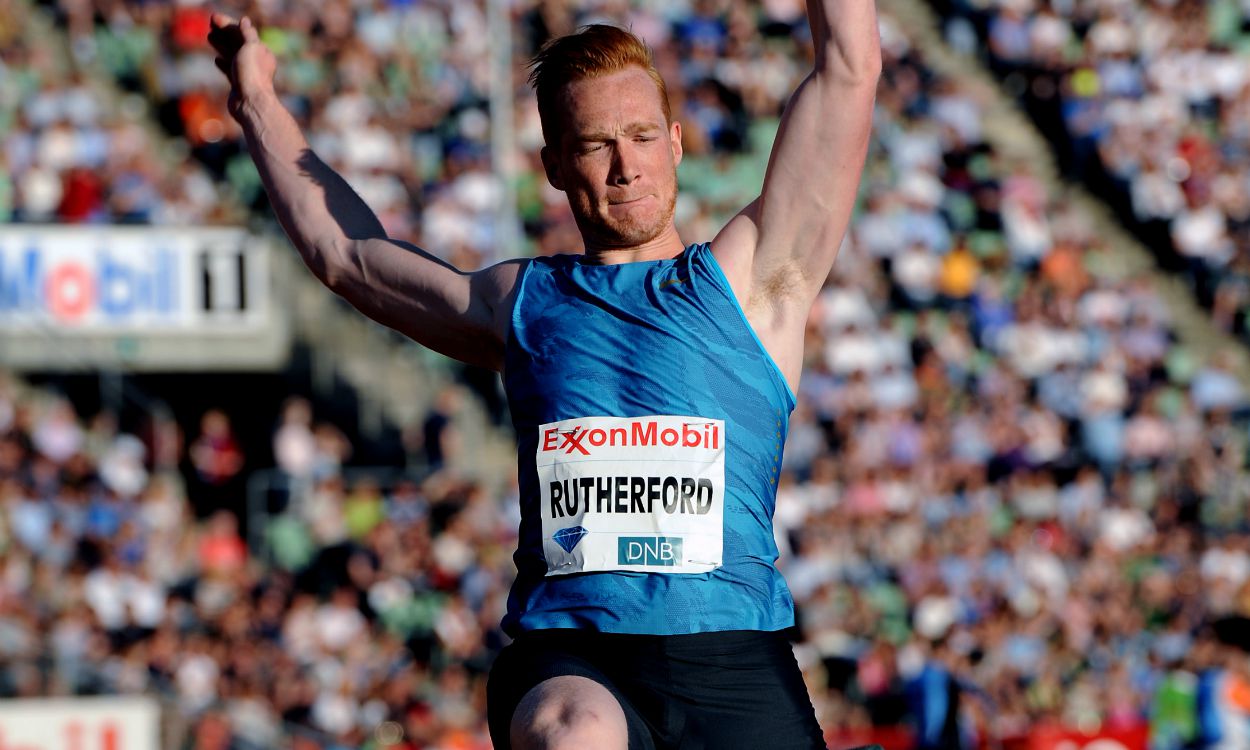 Greg Rutherford made a final statement in his last competition ahead of the IAAF World Championships in Beijing, the Olympic, European and Commonwealth long jump champion proving that his recent loss in London was merely a blip with a leap of 8.34m for victory in Stockholm on Thursday evening.

The 28-year-old would become the fifth Briton in history – after Daley Thompson, Linford Christie, Sally Gunnell and Jonathan Edwards – to simultaneously hold all four major titles should he secure success in Beijing and in Sweden the British record-holder managed his fourth-best ever leap which was also followed by a jump of 8.32m in the next round.

Rutherford had spoken of his disappointment with his best of 8.18m for third after an initial three fouls in front of home fans at the scene of his 2012 Olympic triumph at the weekend but was happier with his series in Stockholm.

“The Diamond League competitions have been very important for me this year and I’m pleased with my third win. It’s fantastic to jump back-to-back 8.30m distances in far from ideal conditions,” he said.

“I have no further competitions before the IAAF World Championships and will be training in my back garden,” added Rutherford, who has had a long jump pit built at his home in Milton Keynes.

In second was London winner Marquis Dendy, the American leaping a best of 8.09m.

The women’s 100m was the final event on the track and Shelly-Ann Fraser-Pryce dominated to claim victory in 10.93. Speaking ahead of the meeting, the two-time Olympic and five-time world gold medallist had mentioned how a defence of both her 100m and 200m world titles is possible for Beijing, the Jamaican having previously spoken of a focus on only the 100m and 4x100m relay.

There was a determined run by Britain’s European and Commonwealth silver medallist Lynsey Sharp in the 800m as she set herself up well and led off the final bend but couldn’t quite hold off France’s Renelle Lamote with a strong finish. The winning time was 1:59.91 to Sharp’s 2:00.29. The men’s non-Diamond League event was won by Qatar’s Musaeb Abdulrahman Balla in 1:45.33 as Britain’s Michael Rimmer was third in 1:45.97.

World indoor champion Ayanleh Souleiman won the 1500m in 3:33.33 and behind him Jakub Holusa broke an almost 32-year-old Czech record with his runner-up time of 3:34.26. Trinidadian sprinter Machel Cedenio won the 400m in 44.97 as Martyn Rooney, selected for Great Britain for the 4x400m relay squad but not the individual event in Beijing, ran a 45.41 season’s best in third.

A strong finish secured Panama’s Alonso Edward the win in the men’s 200m, the 2009 world silver medallist clocking 20.04 ahead of South Africa’s Anaso Jobodwana with 20.18. Britain’s Chris Clarke was sixth with 20.71. The women’s non-Diamond League race saw a win for USA’s Tiffany Townsend in 22.67 as British sprinters Jodie Williams and Anyika Onuora finished third and fourth with respective times of 23.09 and 23.19.

Earlier on and Colombia’s world champion Caterine Ibarguen had extended her triple jump winning streak to 28 competitions, a leap of 14.69m in the fifth round her best. Britain’s Sinead Gutzmore, who leapt a 13.54m PB in London, jumped 13.30m for sixth. A clearance of 2.32m secured JaCorian Duffield victory in the high jump as he beat Qatar’s world indoor champion Mutaz Essa Barshim. A total of three athletes cleared 2.29m, Barshim getting the runner-up spot on countback. Britain’s Robbie Grabarz placed eighth, clearing 2.25m. Cuba’s Yarisley Silva won the pole vault with her clearance of 4.81m.

Victory in the men’s discus was claimed by Poland’s Piotr Malachowski who saved his best until last to grab the win ahead of Belgium’s Philip Milanov, who won in London. Malachowski’s winning throw was 65.95m to Milanov’s 64.97m, also from the last round. Czech Republic’s Olympic champion Barbora Spotakova had a season’s best of 65.66m to win the javelin.

The women’s shot put had got Diamond League action underway the evening before, with the competition taking place at the city’s Kungstradgarden. Securing victory with a throw of 20.13m, Germany’s European champion Christina Schwanitz now just needs to contest the final in Zurich to secure the overall Diamond League title. USA’s Michelle Carter threw 19.24m to secure the runner-up spot, while New Zealand’s Olympic and world champion Valerie Adams, who continues her comeback after surgery, threw 18.96m for fourth. 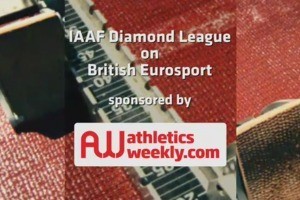 » Full results of the meeting, which had live athleticsweekly.com-sponsored coverage shown on British Eurosport, can be found here