Gold for Dan Greaves in Grosseto 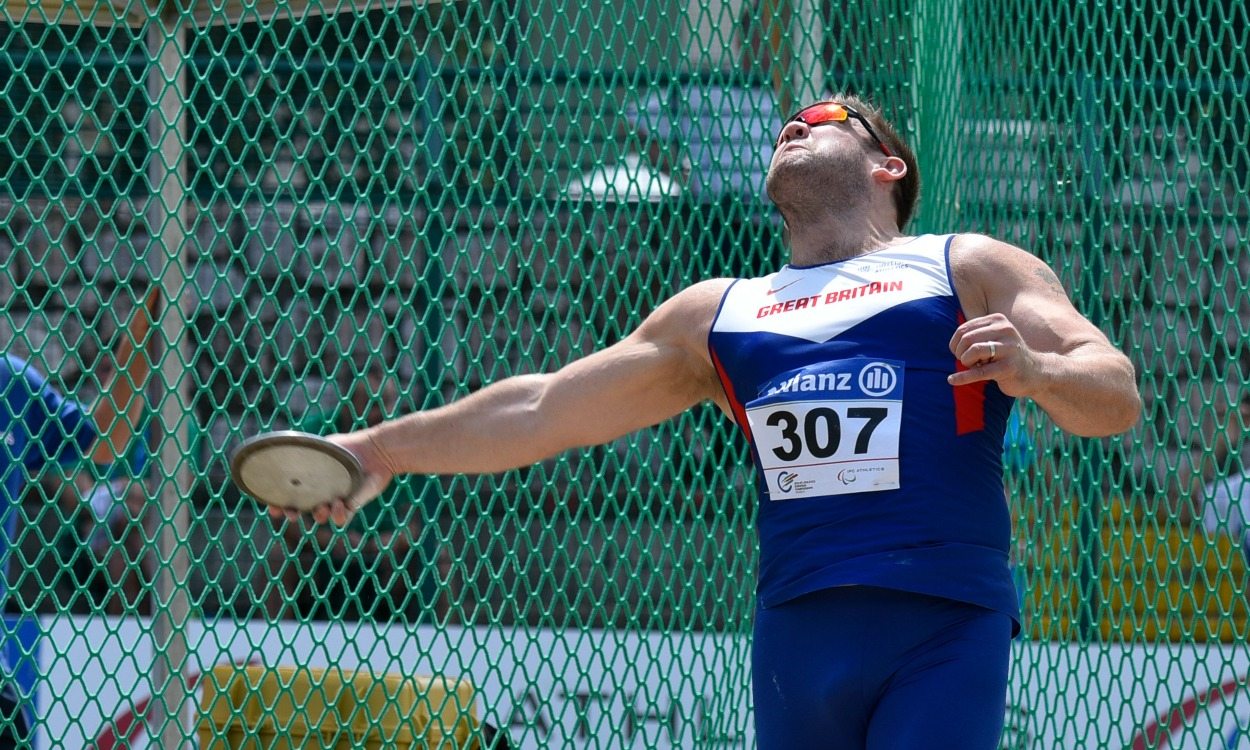 On the second day of the championships, the four-time Paralympic discus medallist successfully defended the title he claimed in Swansea two years ago, throwing a best of 58.15m in the F44/46 competition.

“It was a great European Championships in Swansea two years ago and I broke the European record,” said Greaves. “We haven’t really peaked for this one and I’m in quite a heavy phase so it is fantastic for me to be on top of that podium again, hearing that national anthem and winning gold for GB.

“Hopefully there will be a lot more golds to come from the team during the week and we can push on to beat Swansea’s total.”

The 2004 Paralympic champion added: “It is a major championship and I took this really seriously. We wanted to win and come back with a gold. Obviously Rio is in all our minds but it a great stepping stone to see where we are and we can make a few judgement calls leading up to Rio.”

There was further medal success for GB in the men’s T34 400m final with Isaac Towers and Ben Rowlings taking silver and bronze respectively.

The pair were beaten to gold by multiple-medallist Henry Manni of Finland but with times of 54.22 and 54.41 respectively, it was quite a battle between the Brits.

“It is a good way to start the championships,” said Towers. “I am more concentrating on the 800m which is an event for Rio but it’s good to get a feel for the track and win a medal.”

Carly Tait claimed her second medal of the championships as she secured silver in the T34 400m final, narrowly missing out on gold by 0.04. Tait adds that to her silver from the 100m yesterday.

The first day of action saw Britain’s Jonathan Broom-Edwards claim bronze in the T42/44 high jump. After clearing a series of heights from 1.87m to 2.07m on his first attempts, he wasn’t able to make it over 2.11m and finished behind his Polish rival Maciej Lepiato who took silver and T42 athlete Lukasz Mamczarz who won gold on the Raza points system.