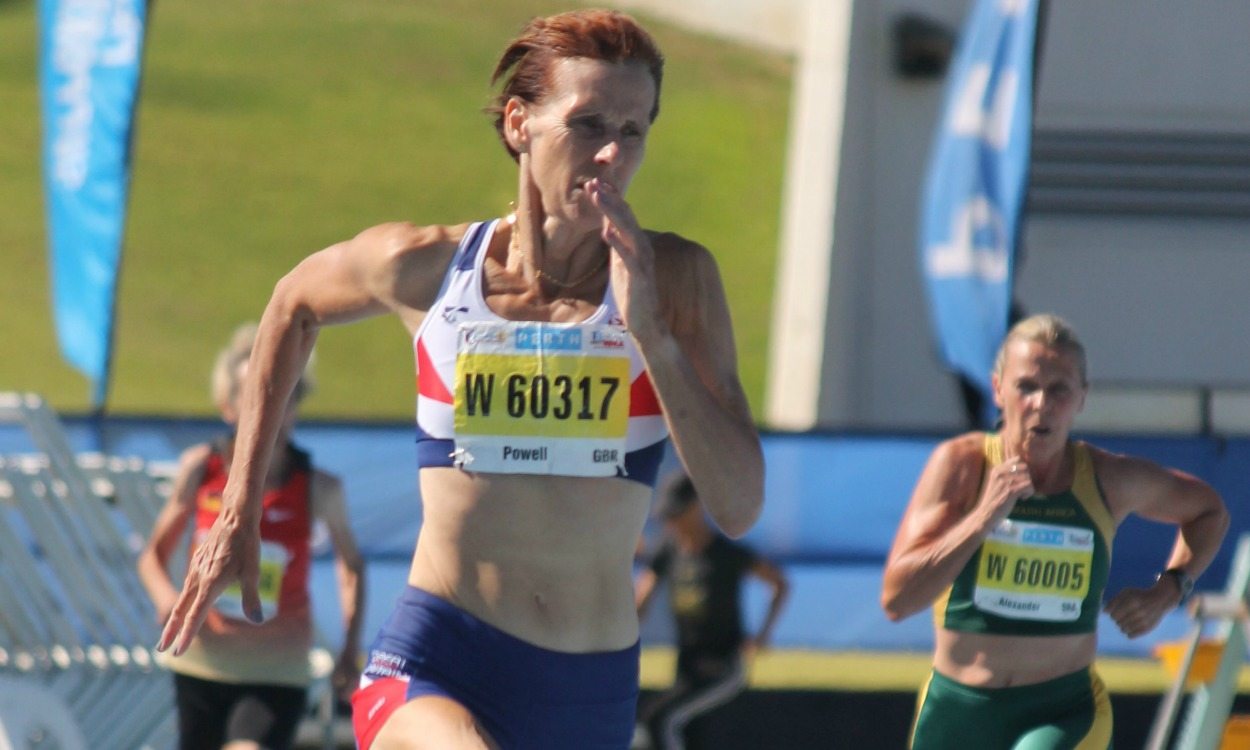 The big events of the weekend were the English Cross Country Relays (report here) and the TCS New York City Marathon (report here) but other highlights included:

The second week of the championships saw hosts Australia consolidate their medal table lead over USA while Britain remained third after a number of gold medal-winning performances, reports Martin Duff.

Top among the Brits were the four golds from Carole Filer and three from Caroline Powell (pictured), while W80 Anne Martin produced the sole home world record, in the steeplechase, to go with a handful of minor medals.

It was Brenda Fee who opened the Brits’ gold medal charge with a W70 200m win in 32.00. She was soon followed by over 60s Caroline Powell and Steve Peters who both completed sprint doubles in 28.82 and 24.11 respectively.

Over the hurdles, W65 Jean Fail was the first to strike gold as she won against a strong wind with 15.86.

In the throws pentathlon Sue Lawrence added to her hammer gold and silver weight with victory in the W45 event, scoring most highly in the hammer where her 36.87m best was just a metre down on her individual gold performance.

It was a similar story for Steve Whyte who had won the weight gold and hammer silver in the first week. It was his dominant performance in the weight and 51.69m hammer that yielded M50 gold in the five throws event.

See the November 10 edition of AW magazine for further coverage.

In the half-marathon, in a tremendous coincidence, Britain’s two gold medal winners were both Paul Thompson.

The race increased its reputation as one of the best quality 10km events in Britain as the first 14 men broke 30 minutes.

There will be a more detailed report in this week’s magazine.

Mick Hall’s photographs will appear in this week’s issue.

Elms’ performance guranteed she was the overall winner of the Algarve Challenge.

Belgrave Harriers won the women’s race for the third time in a row, while Tonbridge won the men’s race.

Martin Duff’s report and Jeremy Hemming’s photographs will appear in this week’s issue.