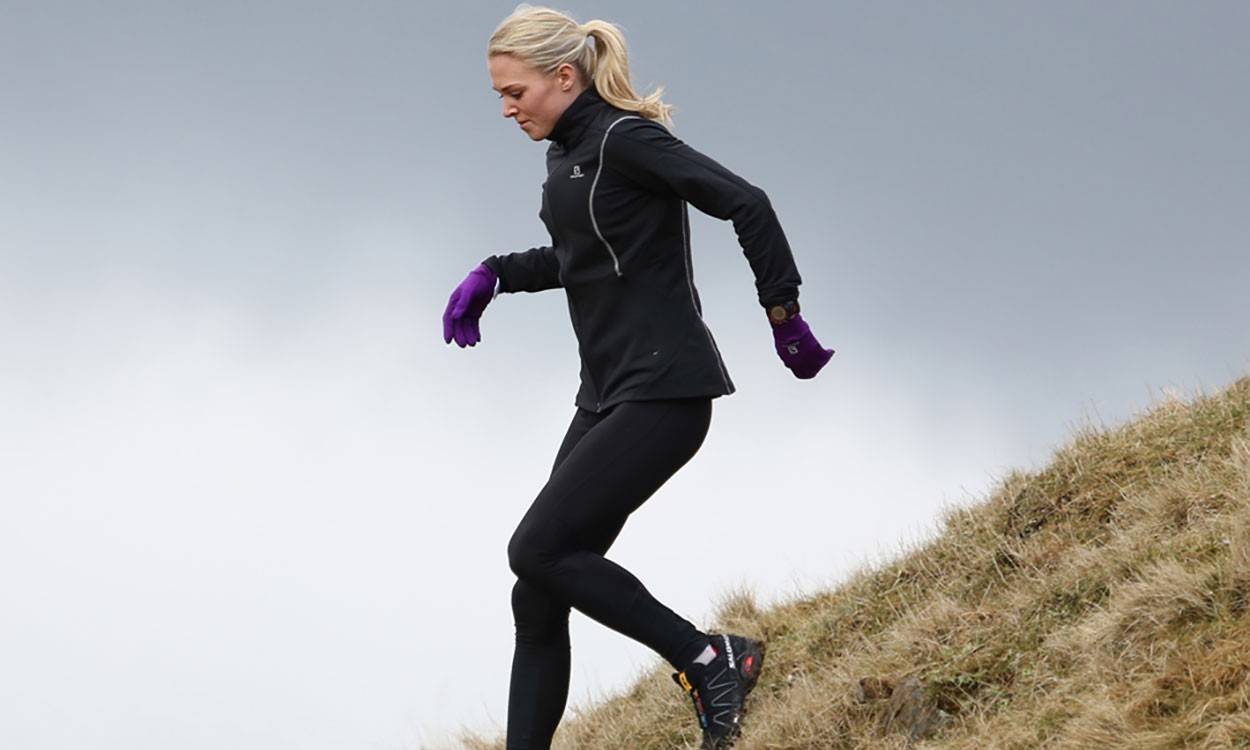 Gareth Bicknell speaks to Emma Clayton, one of the world’s top mountain runners, about why she loves to scale the heights

Emma Clayton hated her first fell race, but today she is one of the biggest names in mountain running and has spearheaded Britain’s women to the top of the world.

Clayton was a key player as GB won team gold in both the world and European Mountain Running Championships this summer, the 27-year-old claiming individual bronze on both occasions.

Her world championships medals were extra special as the event was held on home turf in north Wales, but perhaps her finest achievement so far is her individual silver from the Worlds in Poland two years ago.

But it has been a long journey to the top for the primary school PE teacher from Scunthorpe, who now lives in Leeds.

“I think I was around 14 and my dad saw an advert for a fell race,” says Clayton when asked how she first got into the sport.

“It was one of the Woodentops races organised by Dave and Eileen Woodhead. If you’re a fell runner then you will have definitely raced one of their races.

“Anyway, my dad thought it sounded like fun. It wasn’t. I hated every minute of it. It was cold, wet, windy and at one point I was knee-deep in bog. For some reason, though, I went back for more and more.”

Clayton competed for six or seven years in the British and English Fell Running championships – fell running being the more traditionally British discipline, in which the terrain is often rough and navigation plays a big part, as opposed to European-style mountain running, which is held over a set route, usually on harder surfaces and often uphill-only. But she was struggling to get into the GB mountain-running team, and so decided to change strategy.

“I hated every minute of it. It was cold, wet, windy and at one point I was knee-deep in bog. For some reason, though, I went back for more and more” – Clayton on her first fell race

She says: “After racing for the England Athletics under-23 development teams at the Smarna Gora World Cup Race in Slovenia a few times, I knew that to compete with these amazing athletes from around the world on the mountain, I needed to be racing them all the time.

“In 2010 I decided to stop racing the English and British Fell Champs and compete in more mountain races in Europe. It was after doing this that I secured my first GB vest on the mountains at the 2011 European Mountain Running Champs in Turkey, closely followed by my second vest at the World Champs later that year in Albania.

“Since securing my first vest five years ago, I’ve been ever-present in the GB team at the 10 major championships since. I’m so proud of what I’ve achieved this year – it’s been amazing to be a part of the rise in dominance of the senior women’s team.”

But why the mountains? Why not the relative comfort of the roads or the track?

“I love being on the mountains. It’s as simple as that,” says the Salomon athlete. “I do still do a lot of my mileage on the roads, especially in the winter, but whether it’s on my own, with my dad or with friends, there’s nothing better than being out in the mountains.

“There’s a community atmosphere at every race and the camaraderie between athletes is something I’ve not witnessed at other events. The race is as much a challenge against the environment as it is against the other runners. Every race and course is different and it goes without saying that mountain races are in some of the most amazing places around the world.”

Clayton does do some of her training on the track and road – especially in winter – covering about 70 to 80 miles a week. But once the cross-country season ends, most of her training is off-road, with long runs on mountains such as Skiddaw in the Lake District and Snowdon in north Wales.

She explains: “I find that the track and road work I do really helps with my mountain running. Obviously having speed helps with fast descents, but having a high cadence is so important for the climbs. You need a massive amount of strength, but translating strength from the road to the hills isn’t that easy. You’ve got to love and embrace the climbs and be prepared to put the hours in on the hills.

“I’m actually curious as to how I could do on the track and road. I’ve ran 9:12 for 3000m and 33:49 for 10km, but that’s all been done during the middle of mountain training. I’ve never done a full track season, so I’d like to know what I could do by focusing on it. When that will be I’m not sure.

“Long-term, I’d like to progress on to the Skyrunning series and look at more marathon distance events on the mountains.”

British mountain running appears to experiencing a golden age at the moment. Clayton was not the only British individual medallist at the World Championships in Betws y Coed in September, with GB debutant Emmie Collinge beating her to the silver behind winner Stella Chesang of Uganda, and Robbie Simpson taking bronze in the men’s race.

The senior men’s, junior men’s and junior women’s teams also won medals in north Wales, while since then Andrew Douglas and Sarah Tunstall have won the men’s and women’s titles respectively in this year’s World Cup series.

So whom does Clayton admire within the sport? “My idols as a youngster were Mary and Victoria Wilkinson,” she says. “Vic won the World Champs as a junior back in 1997 and can still mix it with the best 18 years later.

“Ask any mountain runner and 99% will say they want to be like Kilian Jornet. He’s the Usain Bolt of mountain, sky, trail running – whatever you want to categorise the sport as – and is without doubt the greatest athlete on the planet. Not only is he near unbeatable, but the boundaries he is pushing with his Summits Of My Life project (in which he is attempting to ‘speed-climb’ the world’s highest peaks) is phenomenal.”