Eliud Kipchoge and Wilson Kipsang to return to Berlin Marathon 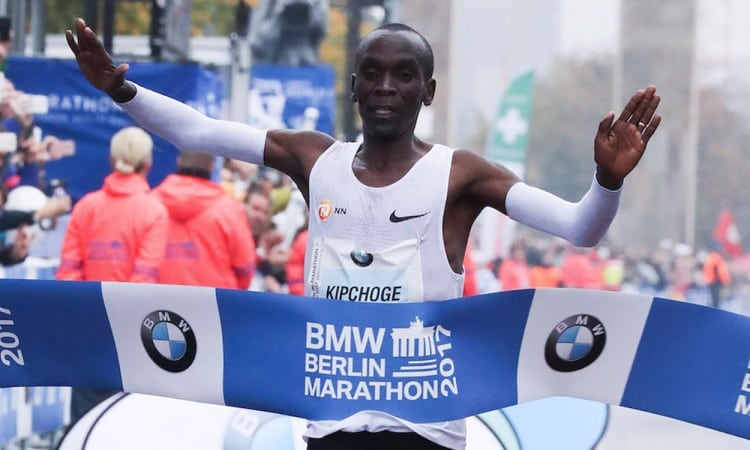 Kenya’s Kipchoge aims for a PB in September, while Zersenay Tadese is also announced for the race

Eliud Kipchoge is set to return to the BMW Berlin Marathon on September 16 and has a PB performance in his sights.

The Olympic champion’s best on a record-eligible course is his 2:03:05 recorded when winning the 2016 Virgin Money London Marathon.

That mark was just eight seconds off his fellow Kenyan Dennis Kimetto’s world record run in Berlin in 2014, though Kipchoge has of course already dipped well under that with his famous 2:00:25 from the non record-eligible Nike Breaking2 attempt in May last year.

“My preparation is entirely concentrated on the BMW Berlin Marathon on September 16,” said the 33-year-old, who is already a two-time winner in Berlin.

“I am confident I can beat my personal best on this fast course if conditions are good.”

Kipchoge and Kipsang – who ran 2:03:23 in 2013 in Berlin – lined up last year with the target of breaking 2:03 as a key objective but such hopes were dashed by steady rain throughout.

Kipchoge won in difficult conditions in 2:03:32, while Kipsang dropped out.