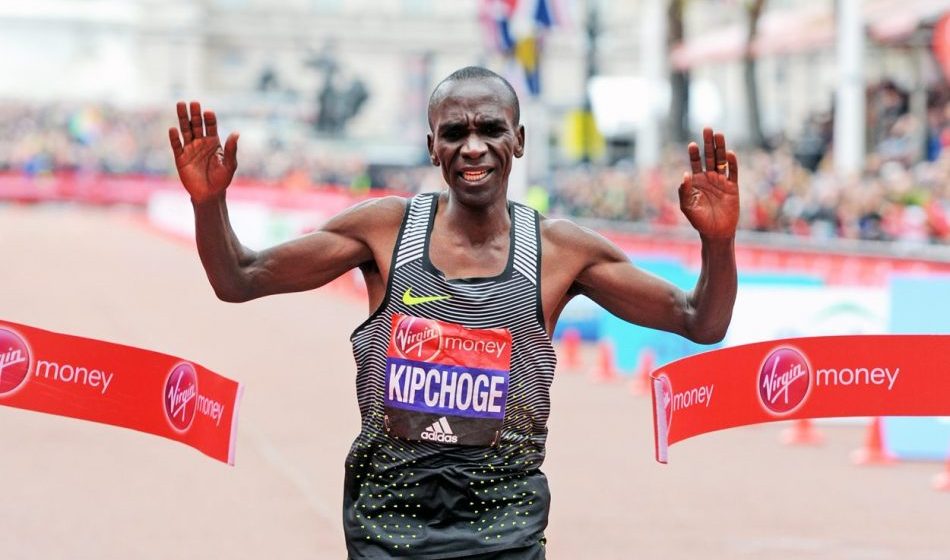 In arguably the most impressive marathon performance in history, Eliud Kipchoge successfully defended his London Marathon title and came within eight seconds of the world record.

The undisputed world No.1 over 26.2 miles, Kipchoge blasted away from fellow Kenyan Stanley Biwott in the final two miles to clock 2:03:05 – it was a course record and agonisingly close to Dennis Kimetto’s world record of 2:02:57, which was set in Berlin in 2014.

“The support was perfect – the crowd was fantastic and it was good to get a PB,” said Kipchoge, with some rather modest post-race comments given the scale of his achievement.

After winning the world 5000m title in 2003 aged only 18, he has matured into the world’s top marathoner and has now taken victory in six of his seven races over 26.2 miles, all of which makes him favourite to now take Olympic gold in Rio.

In third, Kenenisa Bekele put up a similarly gallant battle as he stayed with the leaders until the latter stages and the Ethiopian legend, who had struggled with injury in the build-up, clocked 2:06:36 as he finished a just over a minute ahead of world champion Ghirmay Ghebreselassie of Eritrea in fourth and Wilson Kipsang of Kenya, the latter finishing fifth as he saw his course record fell.

Later, Bekele complained that pacemakers beat him to his own drinks bottles about five times during the race. “I am not happy about it,” he fumed. “It was a fast, hard race and you need energy!”

Not short of energy was Marcel Hug, who won the men’s wheelchair race. The Swiss athlete out-sprinted Australian Kurt Fearnley and Britain’s David Weir to take victory in 95:26.

“The last mile I felt fine, I was matching the leaders,” said Weir. “It was my second marathon ion a week so it was tough today. But it always feels good to race in London.”