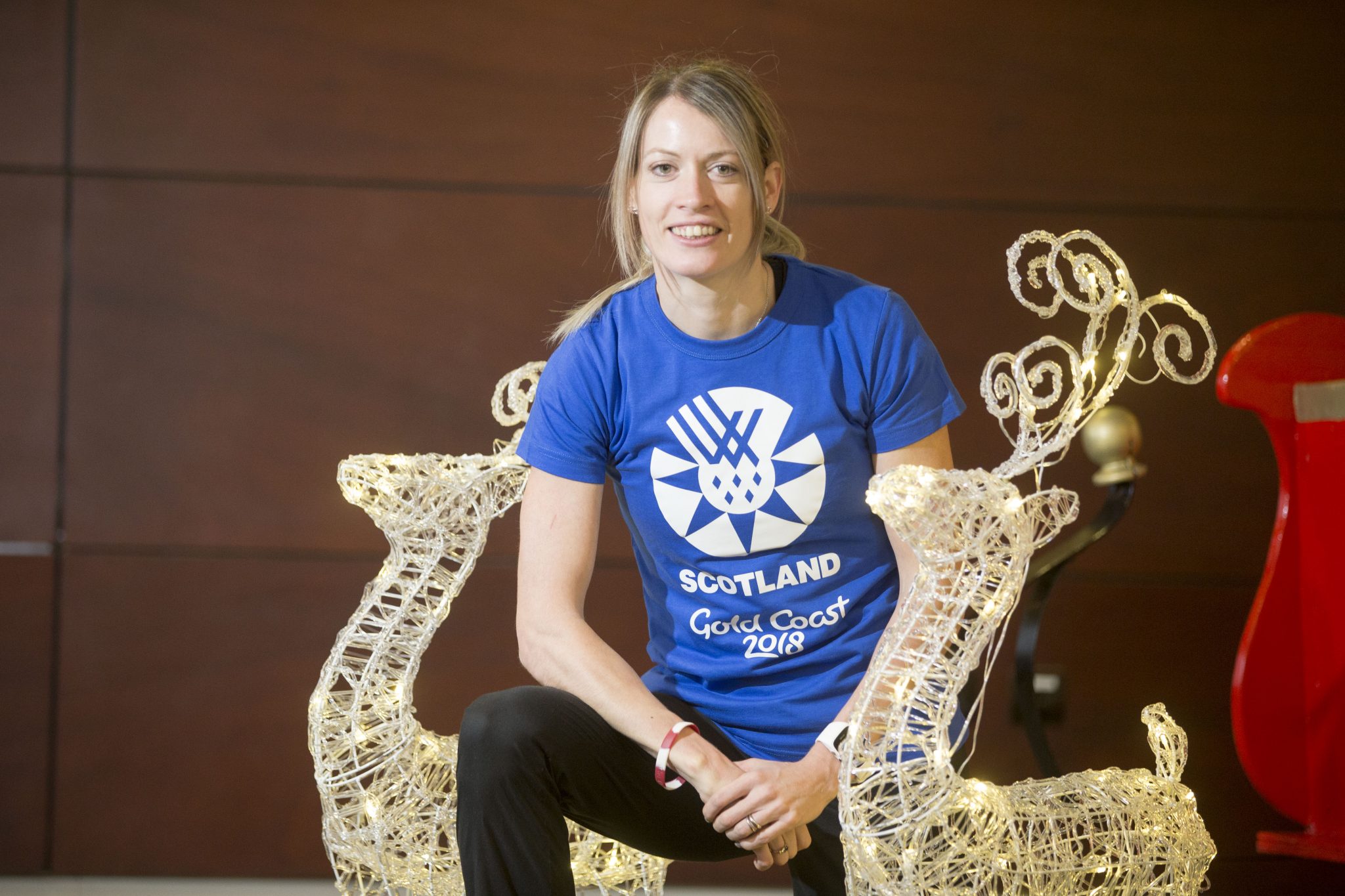 12/12/17É STIRLING UNIVERSITY - STIRLING. Twenty five stars of track and field received the perfect start to their festive season, with news of their selection for Team Scotland for the Gold Coast 2018 Commonwealth GamesÉ. Eilidh Doyle,

Eilidh Doyle is planning to savour every moment of what she admits is likely to be her last chance to compete at the Commonwealth Games next year.

The 400m hurdles silver medallist from Glasgow 2014 and Delhi 2010 was one of a 25-strong track and field line-up to be announced by Team Scotland for Gold Coast 2018 on Tuesday (December 12) and her enthusiasm for the next challenge in a lengthy and distinguished career was palpable.

The fact that this looks set to be the final time she will pull on a Scottish vest at the Games has simply heightened the
30-year-old’s desire to rise to the occasion once again.

“I vividly remember being in Stirling four years ago, getting ready for Glasgow and getting all the kit so to be here again getting ready for the next one – it’s just flown by,” said Doyle at the announcement at Stirling University. “I’m really excited.

She added: “I definitely feel like I appreciate it a lot more now than when I first started. When I look back to 2010 and my first Commonwealth Games in Delhi, it was very new, it was very different and I probably didn’t stop to appreciate a lot of it, whereas now I find that I do.

“I’m also a lot more chilled out about it all now. Before, it was the end of the world if you didn’t do what you wanted to do (on the track). Now I’m a lot more realistic about things and I just enjoy it. I think that’s the big thing – I make sure I enjoy it all the time, which is something I didn’t do when I was younger.”

Doyle has garnered a great deal of experience during her time in the sport, but the London 2017 4x400m relay silver medallist admits she is still learning all the time.

“With every championships you do, you learn something different from every one,” she said. “Every time I get to a championships I feel like I’m much more experienced and much more prepared than I was the year before.”

The added responsibility of being Great Britain team captain in London has also added to Doyle’s armoury. “I didn’t think it would be that different but it was,” she continued. “I learned a lot from it as there were a lot of extra things that went with it.

“When you’re an athlete, you are very focused on your own performance and it’s very individual. I was thinking about my races and my rounds but then I was coming through the press mixed zone and everybody was asking me about the team performances – so you have that added expectation and attention.

“But it was a brilliant experience, I absolutely loved being the captain, it was a huge honour and it helped me learn a few things about mindsets and added expectations.”

Doyle continues to have high expectations of herself ahead a year which will be tricky to negotiate, what with the European Championships to come in August and the IAAF World Indoor Championships almost immediately preceding the Commonwealth Games.

“These Commonwealths are going to be different because obviously they’re in April, they’re in Australia and I’ve never been there before, so there’s the time change and getting ready to peak. It’s challenging but it’s definitely doable,” she said.

“I think having the World Champs in March is a real help, especially having it in Birmingham. I’m going to do a full indoor season and hopefully go to the world indoors with an individual spot or at least be part of the 4x400m relay.

“Then, as soon as that’s over I’ll head over to Australia and try to get some 400m hurdles races out there.”

After that will come the chance to pull on a vest which Doyle doesn’t take for granted.

“It’s our chance to compete for Scotland, we’re a very patriotic country and we like to show our support so it does a mean a lot,” she said. “It’s obviously a lot smaller than the GB team would be too so to be part of that – and to be in it with people you know so well because you’ve been at past championships and come through age groups with them – it’s special as well.

“They always say the Commonwealths if the friendly games and it definitely has a different feel to it than perhaps the world champs or the Olympics so it’s always a fun one.”