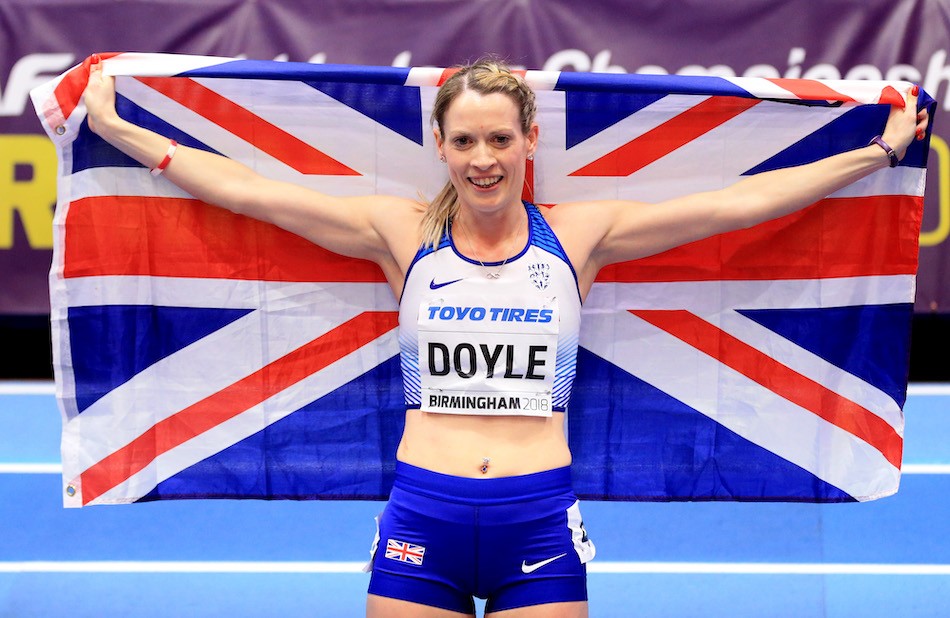 Olympic bronze medallist, world and Commonwealth silver medallist and European champion over 400m hurdles and 4x400m hangs up her spikes at the age of 34

She spent 25 years in the sport, starting out as a nine-year-old at Pitreavie AAC before ascending through the youth ranks to then represent both Great Britain and Scotland later on in her career.

Doyle was British team captain at the World Championships at London 2017 and had the honour of being flag bearer for Scotland at the Commonwealth Games at Gold Coast 2018.

Last year, Doyle gave birth to her first child, son Campbell, and had planned to return to competition but now steps away from the track.

She told BBC Scotland: “It would’ve been brilliant to finish off at another Olympics. But realistically I wouldn’t have done myself justice because my head is just not quite in it the way it should be.

“It was a bit of a mixture of things. The world we live in now, and also being a mum. My mindset has been different and that drive I had when I was a bit younger, is slowly disappearing.”

The accolades are impressive.

Her 17 major medals include three golds, eight silvers and six bronzes across European and world championships (including Euro Indoors and World Indoors), Commonwealth Games and the Olympics.

The Scot’s Olympic bronze came in the 4x400m at Rio 2016 when she was part of the relay team alongside Christine Ohuruogu, Emily Diamond and Anyika Onuora.

She has also won four races at the European Team Championships.

Mark Pollard, Head of Performance at Scottish Athletics, said: “I would say a huge feature of Eilidh’s career has been her ability to maximise her talent thanks to hard work and dedication. That’s a key essence of our sport; can you be the best version of yourself?

“I’m certain that is something she would mention to younger athletes – alongside enjoyment and the social side of a club as the first steps.

“Eilidh took that on board and, equally, she never shied away from the fact that for a year or more after moving to Edinburgh for further education, her focus on athletics was not what it might have been. But her love of the sport brought her back to it soon enough.”