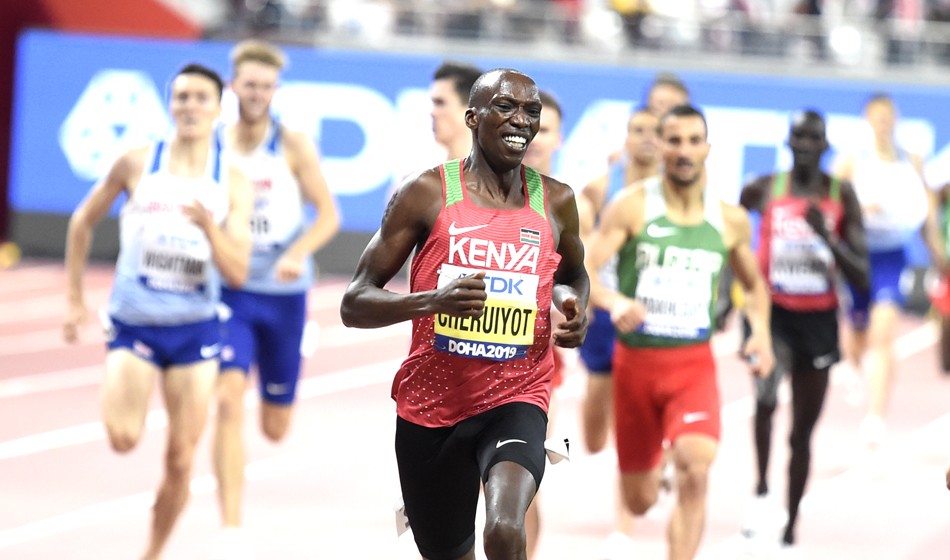 Timothy Cheruiyot has clearly been the best 1500m runner in the world this year and the Kenyan proved the point in fine style as he front ran his way to gold in Doha.

The 2017 silver medallist, who finished second behind compatriot Elijah Manangoi in London and also at last year’s Commonwealth Games, was favourite in the absence of his training partner and he lived up to that billing after taking the race by the scruff of the neck right from the off and never letting up.

Cheruiyot, world leader with 3:28.77, never looked under real threat at any stage before he crossed the line in 3:29.26 ahead of Taoufik Makhloufi’s season’s best 3:31.38 and Marcin Lewandowski’s Polish record of 3:31.46 which secured him the bronze medal. Jakob Ingebrigtsen was fourth with 3:31.70.

This was the first time that three British athletes had featured in the final of this event and Jake Wightman broke the Scottish record with 3:31.87 in fifth, closely followed by Josh Kerr’s personal best of 3:32.52 in sixth, while Neil Gourley was 11th in his first world final in a time of 3:37.30. 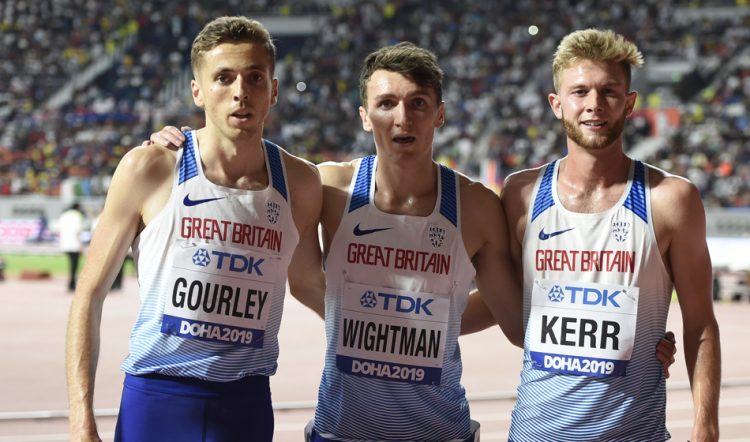 Cheruiyot wasted little time in showing his intent as he shot straight to the front and was joined by fellow Kenyan Ronald Kwemoi. The pair were moving away from the rest of the field as they went through 400m in 54.94 and 800m in 1:59.67.

Cheruiyot was out on his own at 1200m, with a lead of over two seconds from Makhloufi who was heading the chasing pack. The Algerian 2012 Olympic champion who has struggled with injury of late could not close the gap, however, and had to work to hold off the late charging Lewandowski.

“I felt very confident in the race because I train hard and I wanted to avoid the pushing and collisions so I took the lead. It was my plan to run like that to be in a good position,” said Cheruiyot. “Thank God I did the best from the start and I am happy to become world champion.

“I felt the support of Kenyans in the crowd and it was amazing. The Olympic season is coming so I need to work harder.”

There were mixed feelings for Wightman, who said: “It’s something like I feel I should be celebrating and not disappointed but I think it was a lot closer than I thought it was going to be for the medals. “It would have taken literally a tiny little bit more than I had, but that as the best I could give today and I’m proud of finishing fifth in that kind of field.

“If you run a PB you can’t complain because I’ve delivered my best performance at the most important time, so I’ll happily take that and work into the winter into next season.

“I’m proud of the other guys, though. To get three Scots into a world final – it’s an achievement for all of us.”