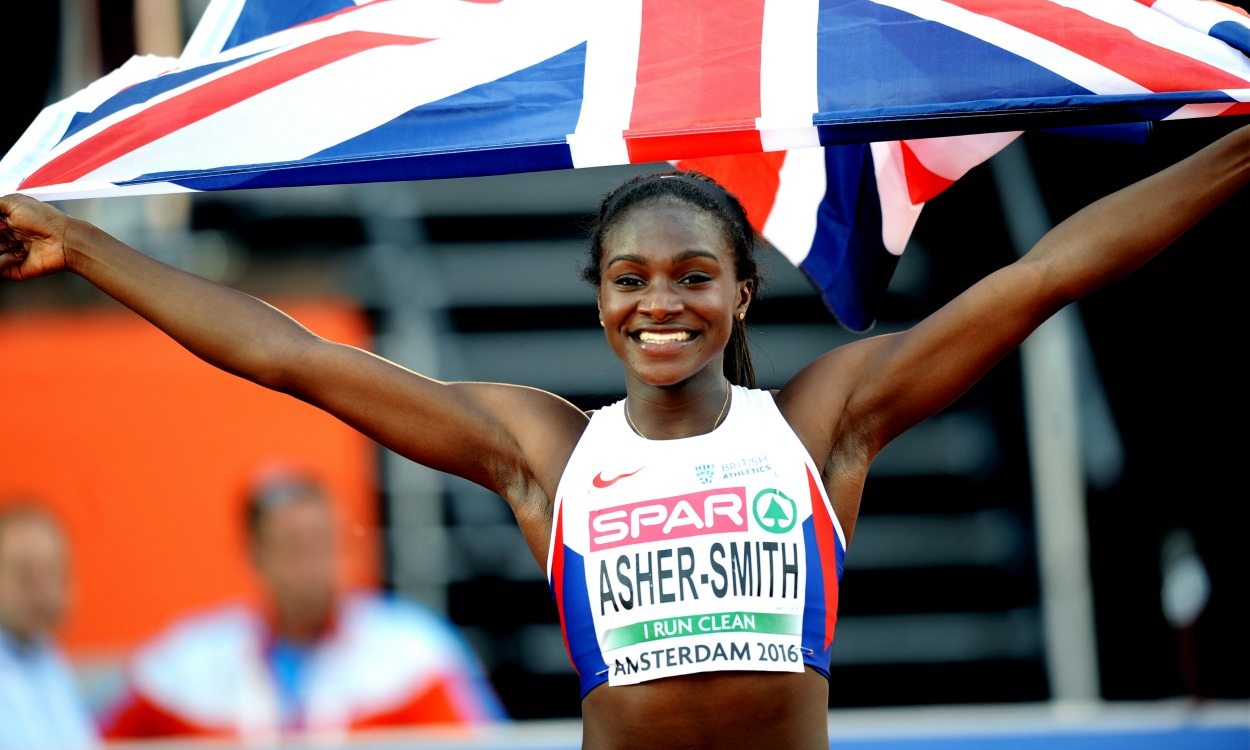 Dina Asher-Smith is feeling no extra pressure at being a hometown favourite ahead of the London 2017 IAAF World Championships next summer, and hopes she can be one of many British women to help fill the shoes of the retired Jessica Ennis-Hill.

For years Ennis-Hill has been seen as the leading female figure in British athletics on the world stage, but now the 2012 Olympic and world heptathlon champion has called time on her competitive career a vacancy has opened up, and the European 200m champion, Asher-Smith, hopes the current young generation of Brits can start a new legacy in the heptathlete’s absence.

Asher-Smith told AW: “Fingers crossed, touch wood, it’s very nice to be thought of in that same breath. But we also have Laura [Muir], Kat [Johnson-Thompson], Desiree [Henry] etc. We have so many girls you could fill that position with. I don’t think there’s place for just one girl. I think there are hopefully a few girls who can do that – maybe seven or eight of us.

“But it’s so nice to even be considered to be put in that company. I don’t think it’s added pressure to be honest, I just see it as a big honour and a great opportunity. But I might see it differently in couple of years. It’s the biggest compliment in the world to be in the same breath as the queen. That’s what I call her. Jess Ennis-Hill is the queen to me. If you talked to me about that and becoming an athlete like that a couple of years ago I’d have said you were insane.”

Speaking as London 2017 announced the release of 100,000 tickets on general sale, the British 100m and 200m record-holder said she’s excited at the opportunity to compete in a major championship in front of a home crowd, five years after being a kit carrier at the London Olympics.

“2017 is a huge opportunity for so many of us athletes to perform in the sport, do something amazing and maybe become the next female figurehead. But also for the crowd as they get to go out there and watch that. 100,000 tickets have gone on sale again. They can get to see Usain [Bolt], the relay finals and everything else,” she said.

“They may or may not have got to go to London 2012 so for another big championship to be in this city is great for everyone. Having the World Champs in my home city is just incredible and it’s a great opportunity for people to come and watch some great athletics.”

» More than 100,000 tickets to the IAAF World Championships London 2017 are now on sale on a first come, first served basis. Limited availability tickets across all 14 sessions are available including ‘The Bolt’ £9.58 ticket for children. Don’t miss out! Buy now from tickets.london2017athletics.com