A day in the life of … Sally Gunnell 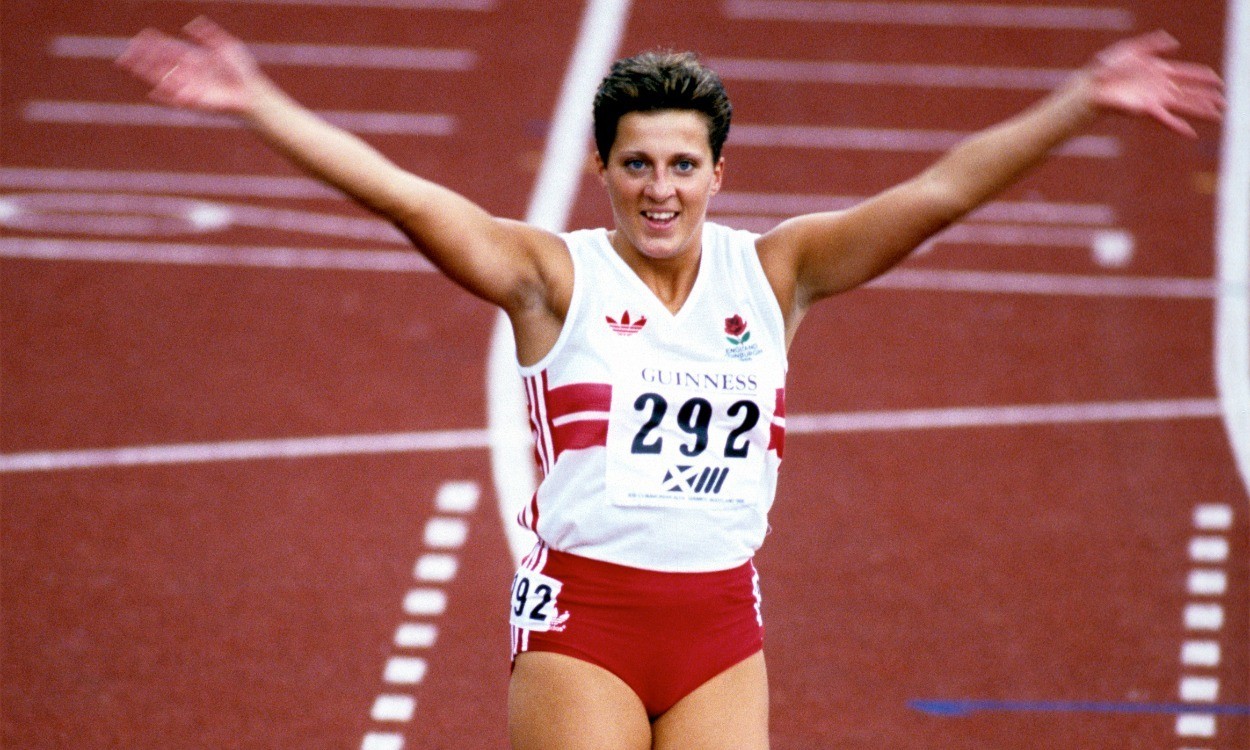 Ask most Britons over the age of 25 to name a British female athlete other than Jess Ennis-Hill and Sally Gunnell would probably be the most popular choice.

The former 400m hurdler’s high profile among the British public is well-deserved, as the now 48-year-old is the only British female athlete to have won world, Olympic, European and Commonwealth titles and she also broke the world record with 52.74 in 1993.

Since retiring from athletics in 1997 Gunnell now combines being a mum to three boys with having her own health and wellbeing company, doing motivational speaking and being involved with numerous charities.

On life after athletics

“I try to keep reinventing myself,” says Gunnell with a smile. “I interviewed for the BBC for eight years after retiring and was on numerous TV shows.”

The list of TV shows she has appeared on forms an impressive CV itself, ranging from Mr and Mrs, Total Wipeout, Question of Sport, Masterchef and Topdog.

In 2003, after a suggestion from Olympic 400m silver medallist Roger Black, she started motivational speaking, which she initially found hard, but quickly grew to love. “I like doing things where I can learn or have an influence on others and this enables me to use my own success story to inspire other people to achieve their best,” explains Gunnell.

As befits a world class athlete, she is never content to sit back and rest on her laurels and is constantly thinking of new ways to expand her company and improve. With three boys of her own, Finley (aged 16), Luca (13) and Marley (9), Gunnell sees herself as a spokesperson for children’s health. Therefore, about three years ago, a natural avenue to go down was to set up a health and wellbeing business. “I want to help people feel good about themselves,” she says.

Seventeen years after retiring from international sport, Gunnell shows no signs of slowing down, or losing her competitive edge, it would seem. Just last year, she took part in a 10km race for charity and cycled 100 miles around London. “I try to keep in shape, but I think my Great South Run days are behind me,” says Gunnell with a smile.

Although emphasising there is no ‘typical day in Sally Gunnell’s life’, most days revolve around her doing the usual ‘mum’ jobs, going into companies to offer motivational speaking or promote her health and wellbeing business, other charity work as well as fitting in a bit of exercise.

“I am quite an early person, so I usually get up at about 6.30am and do my emails and then I will get my exercise in first thing. I still run, but I have to do a lot of cross training these days, as I have a bad back originating from my days as an athlete,” says Gunnell, who still sees Great Britain’s performance director and physio Neil Black for her injury concerns.

“However, it is nice to have the freedom to choose what form of exercise I want to do, so depending on the weather, how much time I have and my back, I usually go for a run or go in the gym for some cross training,” explains Gunnell.

The family have their own gym in one of the barns on their farm in Sussex and this is particularly useful for not only Gunnell, but also son Finn, who recently claimed bronze over 400m at the English Schools Championships and was subsequently featured in AW’s Young Athlete column, plus husband Jon Bigg’s middle-distance training group.

Invigorated from her morning exercise, Gunnell leaves the house before 9am and often travels to companies as part of her business. She leads by example, but reminds clients that they do not need to be an Olympic champion to feel the benefits from a workout.

She explains: “I have people who work for me, such as nutritionists, coaches, masseurs, and we go into businesses and talk about health and wellbeing and establish long-term projects, which typically take anywhere from six months to two years. We emphasise participation, so we might set up company challenges or pilates classes, try to get healthy food in the canteen, or simply motivate employees and give them knowledge about healthy eating and exercise.”

Already, the team has worked with numerous big city companies including Aviva, American Express and John Lewis to name just a few. Gunnell tries to instil the belief for life changes and a healthy and balanced lifestyle into the employees, many of whom work long hours and could be at risk of not finding an optimum work/life balance.

Gunnell has found that the response to her initiative has been very positive, with employers realising it is needed. “I want to motivate people. They need to be happy. We use a variety of techniques from meditation, mindfulness and education.

“It is a growing industry and we want people to feel good about themselves and adopt a more healthy lifestyle,” she adds.

As for motivational speaking, she adopts a similar stance, emphasising the need for a strong mind and healthy, happy lifestyle. “I have spoken to anyone from boards to front line staﬀ to small groups to conferences of several thousand delegates. I want people to take key messages away that they can work on,” she reveals.

Gunnell has recently started a new role at Sport England and she is also on the Insight Committee. She regularly goes into London, her task being to get people active and get more women into sport. Other than that, Gunnell has worked with numerous charities, her biggest involvement coming with the Countryside Fund, MS society and the local children’s chestnut tree house.

Despite her busy lifestyle, Gunnell sees herself first and foremost as a mum. “It is just about getting the balance right,” she reveals. “I try to be back for when they get back from school, so I can cook the dinner and we can have some family time.

“Most evenings the boys are doing sport, so we are a bit of a taxi service for them. Finn trains most evenings now, but it is nice Jon is so involved. I tend to get dinner for the younger two and help with homework and then Jon, Finn and I eat after they get back from training. Then it is a bit of TV and a chill out before bed.”

Practising what she preaches with her clients, Gunnell is keen to ensure her boys have a healthy diet that provides them with everything that they need for an active lifestyle.

For breakfast, Gunnell will opt for a smoothie. She explains excitedly: “I have a vitamin bullet and that is my new best friend. I put everything in it: spinach, mango, quark, cereal. It is perfect for an ‘on-the-go’ healthy breakfast.”

Lunch consists of a soup, salad or sandwich, often involving eggs from the family’s own chickens; free range of course.

The evening meal can be pretty much anything, but Gunnell always tries to keep it low-fat. “A family favourite is spaghetti Bolognese, but we might have beef stroganoﬀ or a stir fry. If we go for a night out, Thai is one of our favourites,” she adds.

Does she miss life as an athlete?

“I don’t really miss it,” says Gunnell. “I think I was very lucky in that I achieved absolutely everything that I wanted.”

It was only when watching London 2012 that Gunnell did wish she could be running in the Olympic Stadium in the front of a home crowd. Gunnell also remarks how most of the time she does not really think about what she achieved herself and it takes a step back and someone to point it out to really realise.

During the Commonwealth Games, the commentators spoke about Gunnell having won five Commonwealth golds – the most in any sport. “I realised I was actually quite good,” she jokes.

With Finn now enjoying the sport and racing at national level, it is sparking happy memories for Gunnell. “I really enjoy watching Finn and timing him when I can. He is beginning to ask me questions and I am pleased I can have an input. Seeing Finn in the sport takes me back to what it was like. The best times of my life were as a junior international athlete,” she explains.

Gunnell also emphasises how she is still in touch with the other household names from her heyday, such as Linford Christie, Colin Jackson and Iwan Thomas.

What she likes about what she does

“I like reaching out to people, as I am a sociable person and want to be approachable and be able to help people. I love the corporate side to my business and trying to bring about resilience and long term change. But at the same time, I also like being a mum and that is my number one priority,” she says.

Wise words from the wonder woman who has graduated from being at the heart of a golden era on the track to becoming a driving force in making a difference in the business world.

Tags: A day in the life of, Photography credit: Mark Shearman, Sally Gunnell