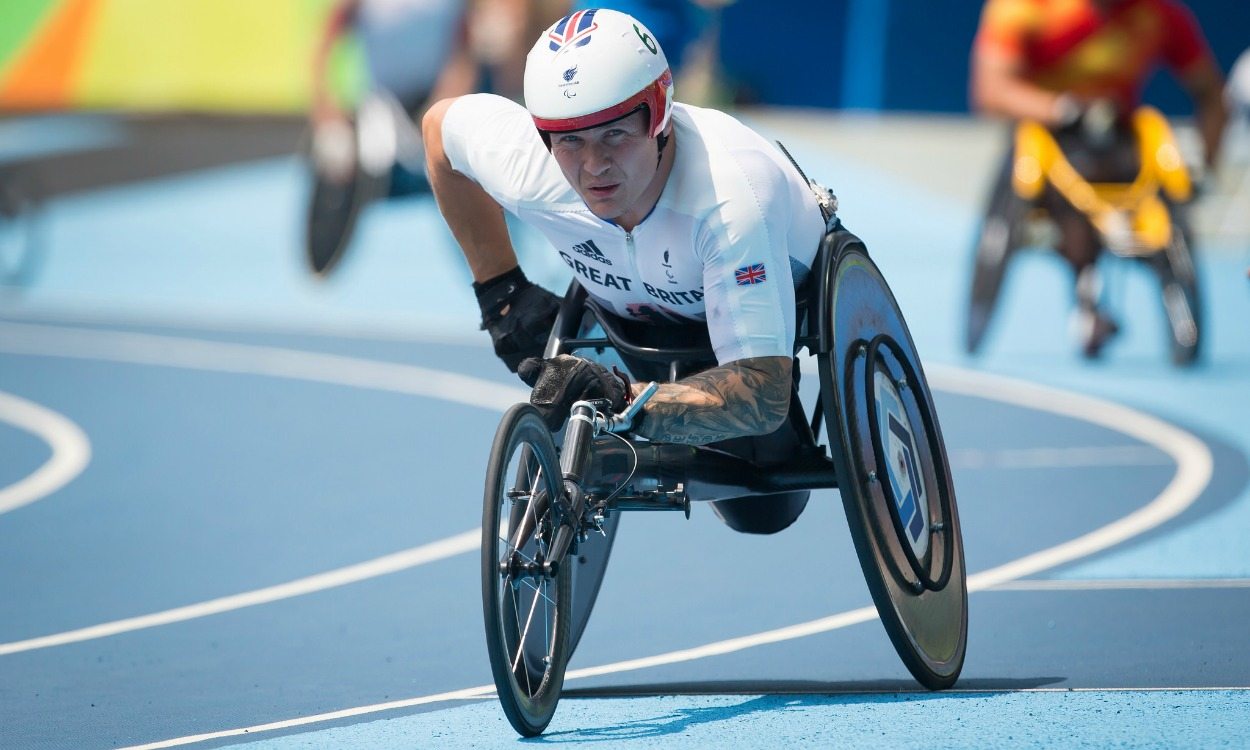 David Weir has posted an emotional message on Twitter in which the six-time Paralympic gold medallist apologised for what he described as a “terrible” performance at Rio 2016, adding that he felt like he had let his country and British team-mates down.

Weir also said he was “gutted” to have missed the birth of his fourth child, son Lenny.

The 37-year-old claimed two titles at Beijing 2008 before winning four golds at London 2012 and had hoped to add more medals to that haul in Brazil.

Speaking with AW ahead of the Games, Weir explained how he wouldn’t be going for gold in all of his five events, saying, “I just want a medal to be honest”. But the wheelchair racer was left disappointed with his track performances in Rio after he finished fourth in the T54 1500m, fifth in the 400m, sixth in the 800m and missed out on the T53/54 4x400m relay final along with team-mates Richard Chiassaro, Nathan Maguire and Moatez Jomni. Six-time London Marathon winner Weir will also contest the 26.2-mile event on Sunday.

“I came out to Rio with every intention on getting a medal,” Weir wrote. “My training had been amazing, I felt fit and strong, and I was ready for Rio. I don’t know what has gone wrong out here.

“Representing my country means everything to me and I want to perform at my ultimate best always but that’s just not happened this Paralympics.

“I’m gutted I’ve missed my sons birth for this terrible performance, but I gave what I could. I’m deeply sorry I’ve let the country and my team mates down.”

Weir’s post on the social media website prompted many messages of support from fans and fellow athletes who highlighted the incredible achievements of the 10-time Paralympic and eight-time world medallist.

Britain’s Jonnie Peacock, who retained his T44 100m title in Rio, wrote: “You dominated the whole sport for so long in one of the toughest classes! Always a hero for London 2012 alone… #inspiration.”

While Britain’s second-fastest ever female marathon runner and Beijing Olympics sixth-placer Mara Yamauchi ‏wrote: “You haven’t let anyone down, David. You are such an inspiration, great athlete, top bloke and dad! Good luck in #marathon.”

Weir, who made his Paralympic debut 20 years ago in Atlanta and has competed at a total of five Paralympic Games, had announced before the competition that Rio would be his last Paralympics and while in Brazil he said the Games would also mark the end of his track career.