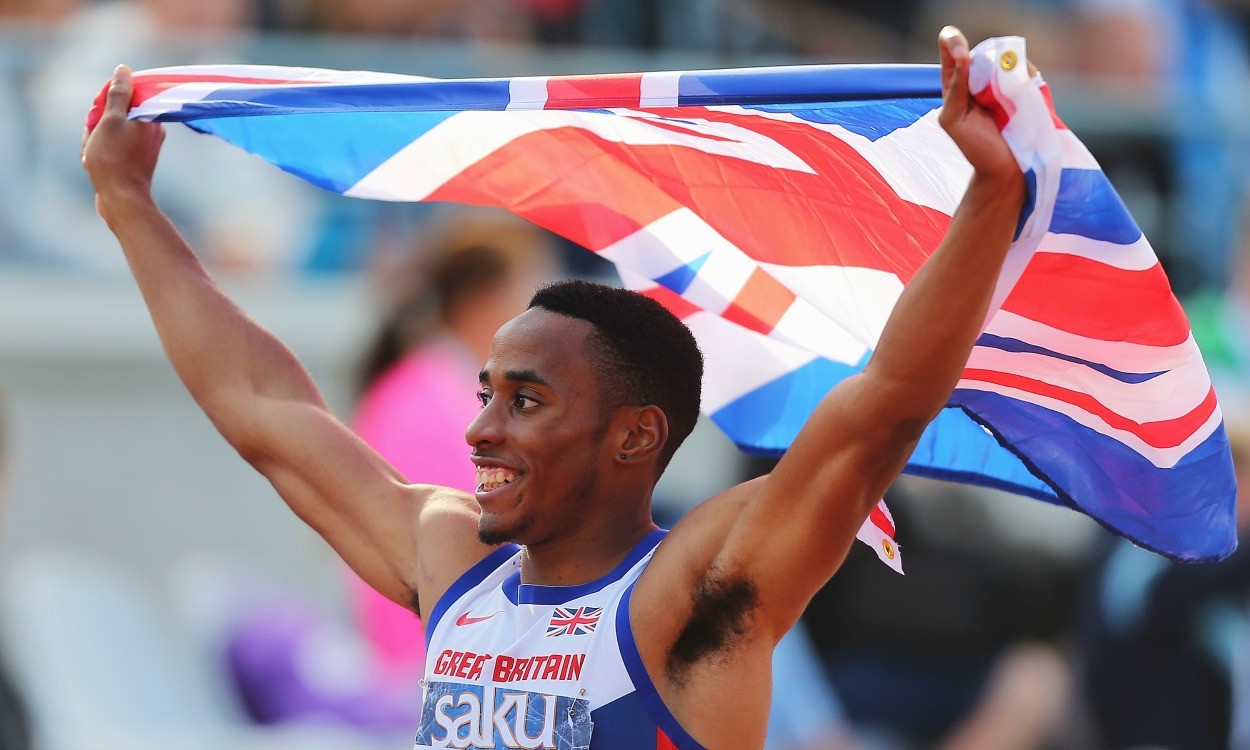 David Omoregie won Great Britain’s second gold medal of the European Under-23 Championships on Saturday as he clocked 13.63 to win the 110m hurdles in Tallinn.

The Welsh athlete lived up to his billing as pre-race favourite, claiming victory ahead of Spain’s Javier Colomo who ran a 13.73 PB and Italy’s Lorenzo Perini with 13.86. Omoregie’s team-mate David King clocked 13.90 to just miss out on a medal in fourth.

“It feels amazing. This is so big,” said the Briton. “I hope I can look back on this in a few years and say that was the point when I became a great competitor.”

The world junior bronze medallist added: “Looking back to May I didn’t think I would have won this, so it’s mad! I started the season really slowly and wasn’t sure how it was going to go. To have actually won gold is just amazing.”

The women’s sprint hurdles title was claimed by Switzerland’s Noemi Zbaren who, having equalled the championship record with 12.88 in her semi final, clocked 12.71 to break it and secure gold ahead of Poland’s Karolina Koleczek and Dutch heptathlete Nadine Visser with respective times of 12.92 and 13.01.

Another athlete to complete a double was Germany’s Rebekka Haase who won the 200m title in 23.16 from team-mate Anna-Lena Freese with a 23.22 PB after also leading a German one-two in the 100m on Friday. Also like the 100m final, the 200m saw a French athlete bag bronze as Brigitte Ntiamoah was next over the line in 23.49.

Poland’s Karol Zalewski successfully defended his men’s 200m title, clocking 20.49 as Leon Reid claimed another medal for Great Britain with his 20.63 for silver.

“It’s good and bad,” said Reid. “I know I could have got gold but I tightened up at the end, but I’m still happy.

“The goal is to get medals for the country, he added, “it’s just a shame it’s the wrong colour.”

Having gone quickest in the 400m heats with a PB and European under-23 leading time of 51.31, Romania’s Bianca Razor went on to win gold, clocking exactly the same time in the final. Britain’s Seren Bundy-Davies, who had been the quickest so far this season heading into the competition, just missed out on a medal, the European indoor bronze medallist running 52.26 for fourth, one place ahead of her team-mate Kirsten McAslan with 52.33.

French thrower Alexandra Tavernier had broken the championship record in hammer qualifying with 72.98m and the 2012 world junior champion managed a best of 72.50m in the final to get the gold, while men’s pole vault victory went to Slovenia’s Robert Renner on countback after his 5.55m national under-23 record clearance.

“I should be grateful but personally I’m disappointed with the height, as I should have come away with better,” said Kandu. “At the end of the day though I have to be grateful as I’ve got my first international medal. This is just the beginning as I obviously want a lot more and a different colour, specifically the gold. It’s definitely a confidence booster moving forward.”

» Results for European Under-23 Champs action can be found here, with the event resuming at 10am local time (80am UK) on Sunday