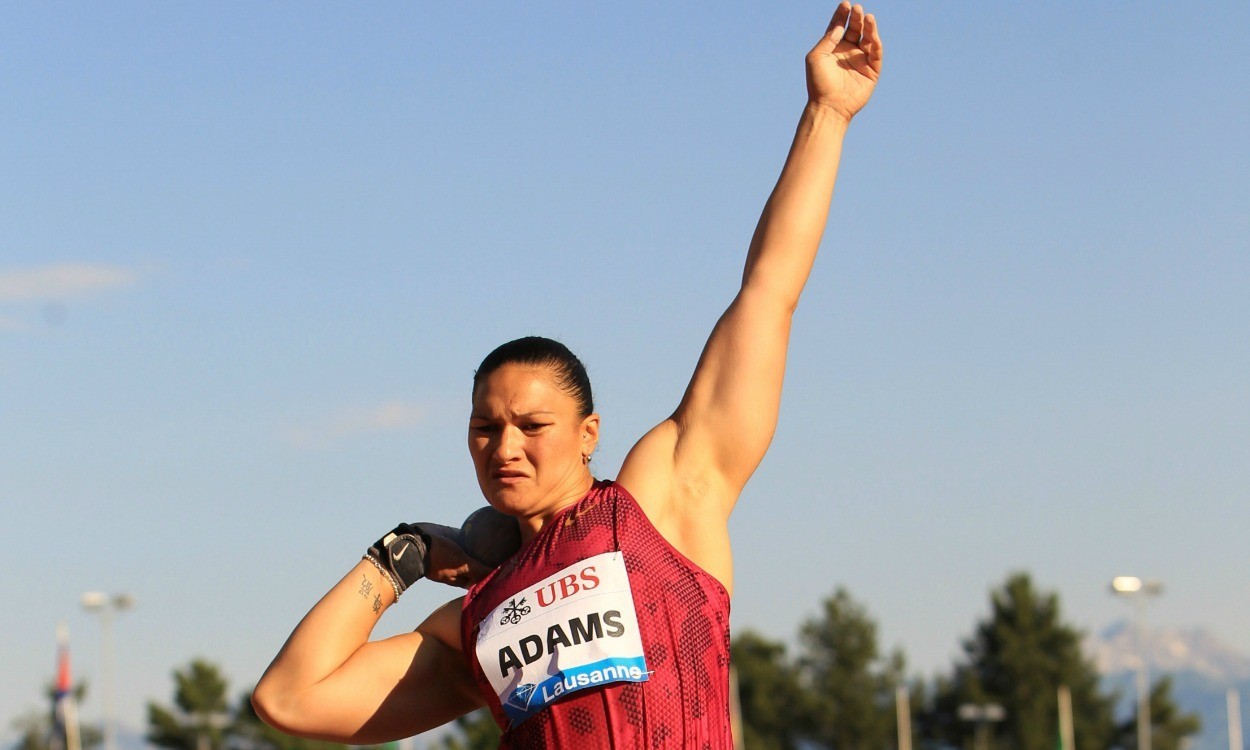 Valerie Adams is the clearest favourite for gold in any event in Glasgow.

The New Zealander, who is on an unbeaten streak of now more than 50, won at the 2006 and 2010 Games and, barring a no-show or something extraordinary, will join Val Young and Judy Oakes as winners of three titles in the event.

The last time Adams lost to another athlete from the Commonwealth was in 2004 to Trinidad & Tobago’s Cleopatra Borel.

Borel is still going strong aged 35 and, with a season’s best 1.36m below that of Adams, she herself is more than a metre and a half ahead of her nearest challenger, Canada’s Julie Labonte.

British champion Eden Francis is not far behind in terms of season’s bests so a bronze could be possible. England’s Rachel Wallader and Sophie McKinna will also be looking to rank highly.

Dani Samuels’ seasonal and personal best of 67.99m is more than six metres better than that of the Commonwealth No.2, Kellion Knibb of Jamaica.

Knibb is in her first major championships, having added nearly six metres to her best this year with 61.34m.

India’s Seema Punia, third in 2010 and second in 2006, will be hoping to make the podium for the third time.

England’s Jade Lally was sixth in 2010 and, although she has been a couple of metres down on her best form this year, is a medal contender with a season’s best of 58.25m.

New Zealand’s Siositina Hakeai, Jamaica’s Danniel Thomas and India’s Krishna Poonia will be tough to beat for the minor medals, though.

Canada’s Julie Labonte and Australia’s Christie Chamberlain and Tarryn Gollshewsky will also be hoping to make the top half in the final.

Sultana Frizell, the reigning champion and Commonwealth record-holder, is up against Sophie Hitchon of England and Julia Ratcliffe of New Zealand.

Frizell, from Canada, is the strong favourite, but Hitchon, the UK record-holder and finalist at London 2012, should push her, while Ratcliffe, an economics student at Princeton, could also be in the mix.

Parry again returns this year, while the host nation also has good representation, with Susan McKelvie, who is coached by 2002 Commonwealth champion Lorraine Shaw, Rachel Hunter and Myra Perkins.

Two-time and defending champion Sunette Viljoen of South Africa faces Kim Mickle, the world silver medallist from Moscow last year, in one of the strongest events on the field programme.

Kathryn Mitchell, who was fifth in the World Championships last year, also competes for Australia, while English hope Goldie Sayers is returning from career-threatening injury and keen to make the podium.

Mickle’s last performance wasn’t brilliant – third place in Monaco – but the Australian favourite, who is No1 on paper, believes a week or so of rest in the athletes’ village will set her up for a gold medal-winning performance.