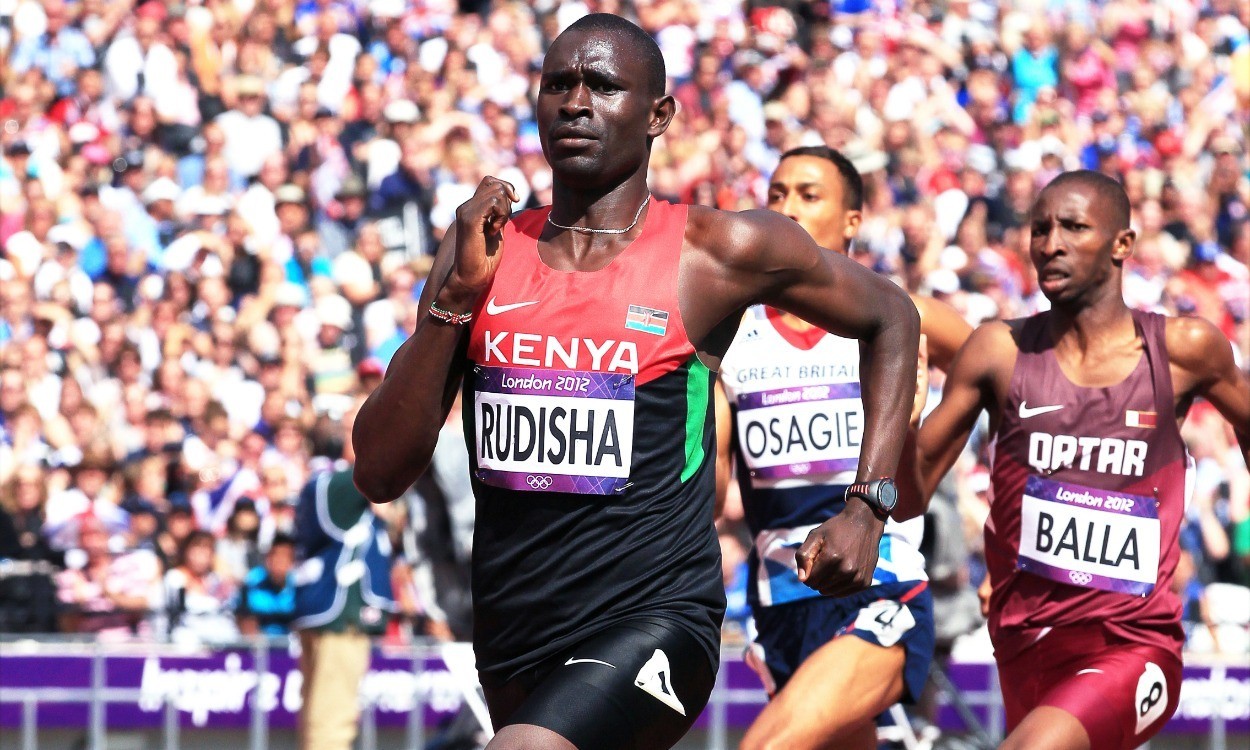 One of the big attractions of these Games, David Rudisha provided one of the highlights of the last major championships in Britain, the 2012 Olympics, when he set this world record. Since then he has been injured most of the time and returned to competition only last month. After an early blip, his 1:43.34 world lead in the Glasgow Grand Prix showed he is quickly getting back into top shape.

Olympic silver medallist Nijel Amos of Botswana looks set to be his main and possibly only challenger.

The two other Kenyans Evans Kipkorir and Ferguson Cheruiyot will naturally be contenders for medals.

Britain’s Andrew Osagie would surely be in with a shout of a medal at his best, but there are doubts over this fitness. Team-mate Michael Rimmer beat him into third at the trials and cannot be discounted despite a poor record in major international championships.

The current rankings see James Magut of Kenya out in front with a 3:30.62 clocking courtesy of the Diamond League in Doha.

Astonishingly, Olympic and two-time World championship winner, Asbel Kiprop who won in Doha with 3:29.18 has not been selected for the Kenyan team.

Watch out too for Nick Willis of New Zealand, Johan Cronje of South Africa as well as the other Kenyan’s and a bunch of Australians.

The home country athletes will have to be at their very best to advance to the final and the stage could be set for either England’s Charlie Grice or Scotland’s Chris O’Hare to elevate themselves to the next level. Along with Jake Wightman and David Bishop all have hit form at the right time with PBs in Glasgow and Dublin recently.

Currently top of the Commonwealth rankings is Caleb Ndiku of Kenya with a 13:01.71 clocking, with compatriot Isiah Kiplangat Koech (13:07.55) also a threat. With England’s Mo Farah a late withdrawal, Ndiku is the favourite here.

Look out too for Uganda’s Kipsiro Moses and Kibet Moses along with Canada’s Cameron Levins and Australia’s Collis Birningham.

England’s Andy Vernon is currently ranked third with a fine 13:11.56 and could be in the mix. Tom Farrell will be another looking to impress as will Scotland’s Luke Caldwell as both make their senior games debuts.

Mo Farah was also due to race here, but has withdrawn following illness. The Kenyan trio cannot be discounted and Josphat Bett has a best of 26:48.99 set three years ago while Peter Kirui clocked 27:25.63 in 2011. Charles Cheruiyot has a marathon time of 2:09.05 from this year’s Warsaw event and so should be strong.

England is represented by Chris Thompson and Jonny Mellor and both will be looking to raise their levels significantly. Scotland have Luke Caldwell, Callum Hawkins and Andrew Lemoncello and all will be looking to record PBs roared on by the home crowd.

The fastest runners in the field are Kenyan’s Stephen Chemlany with 2:06:24 from Seoul and Eric Ndiema with 2:07.01 courtesy of Hamburg. Uganda’s Abraham Kiplimo with a best of 2:09.23 this year should be another challenging for a medal, but their star athlete, Olympic and World champion, Stephen Kiprotich will be missing.

Surprise results are not uncommon in championship events and the medals in this race are by no means easy to predict.

The last time Kenya failed to sweep the medals in the men’s 3000m steeplechase was 1990 and, if you discount the boycott-affected 1986 Games, the last time a Kenyan was beaten to gold was 1970 when Australian Tony Manning defeated Ben Jipcho.

So Kenya will be aiming for another sweep in Glasgow and they are led by 2014 world No.1 Jairus Birech, 2004 and 2012 Olympic champion Ezekiel Kemboi and former world junior champion Jonathan Ndiku.

In the battle for minor positions, Jacob Araptany of Uganda leads the way, with England’s James Wilkinson hoping to make an impact after a season that has seen him break into the UK all-time top 10 with a big 8:22.76 PB.