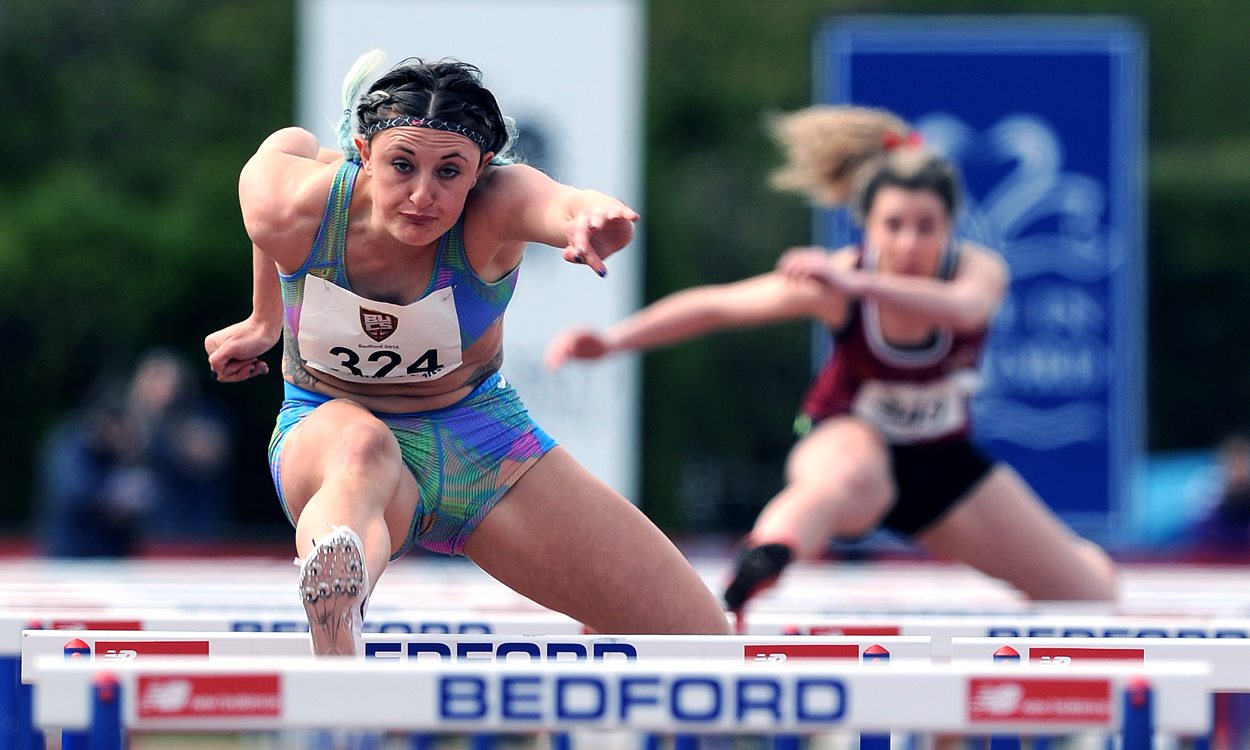 CJ Ujah set off on his road to Rio by claiming the British Universities & Colleges Sport (BUCS) 100m title, setting a championship record in the process.

The British champion looked on course to improve that in the final but struggled out of the blocks before getting into his stride, eventually clocking 10.32 to finish ahead of Samuel Osewa in 10.40 and Joseph Dewar in 10.58.

“I’d have liked to go a bit faster in the final but I didn’t have the start. But I take from this positives. I felt smooth and upright, so I’ll keep working on it,” Ujah said.

Lucy Hatton, the European indoor silver medallist over the 60m hurdles, looks a good bet to take the 100m hurdles title on Monday after setting a championship record in her heat with 13.27.

The colourful 21-year-old, sporting blue braids, was up into her running quickly and finished a clear hurdle’s length ahead of her nearest competitor to ease through in her first run outdoors in 2016. European under-23 champion over the 110m hurdles, David Omoregie, qualified for his final fastest in 13.88 and will go into his final as the favourite.

British junior international and University of Birmingham student Rebecca Murray won the first gold on the track in the 10,000m – her final BUCS race – outclassing the field after a casual first 5km to finish in 35:04.30 ahead of Sheffield’s Becky Rigby and Amelia Pettit of Newcastle University.

Brunel sprinter Clieo Stephenson improved on bronze last year to win the women’s 100m in 11.80 ahead of Charlotte Wingfield and Mica Moore of Cardiff Metropolitan University.

BUCS indoor 400m champion, the 19-year-old Cameron Chalmers of Bath University, smashed his personal best with a 46.88, dipping below 47 seconds for the first time, to qualify fastest for the men’s final in one of the day’s best performances.

Elsewhere in the field, Youcef Zatat took a third consecutive BUCS shot put title, Alan Toward was victorious in the men’s discus, Lisa James won her first BUCS triple jump gold and Philippa Rogan improved on her bronze indoors earlier this year to take the high jump win with an effort of 1.77m.