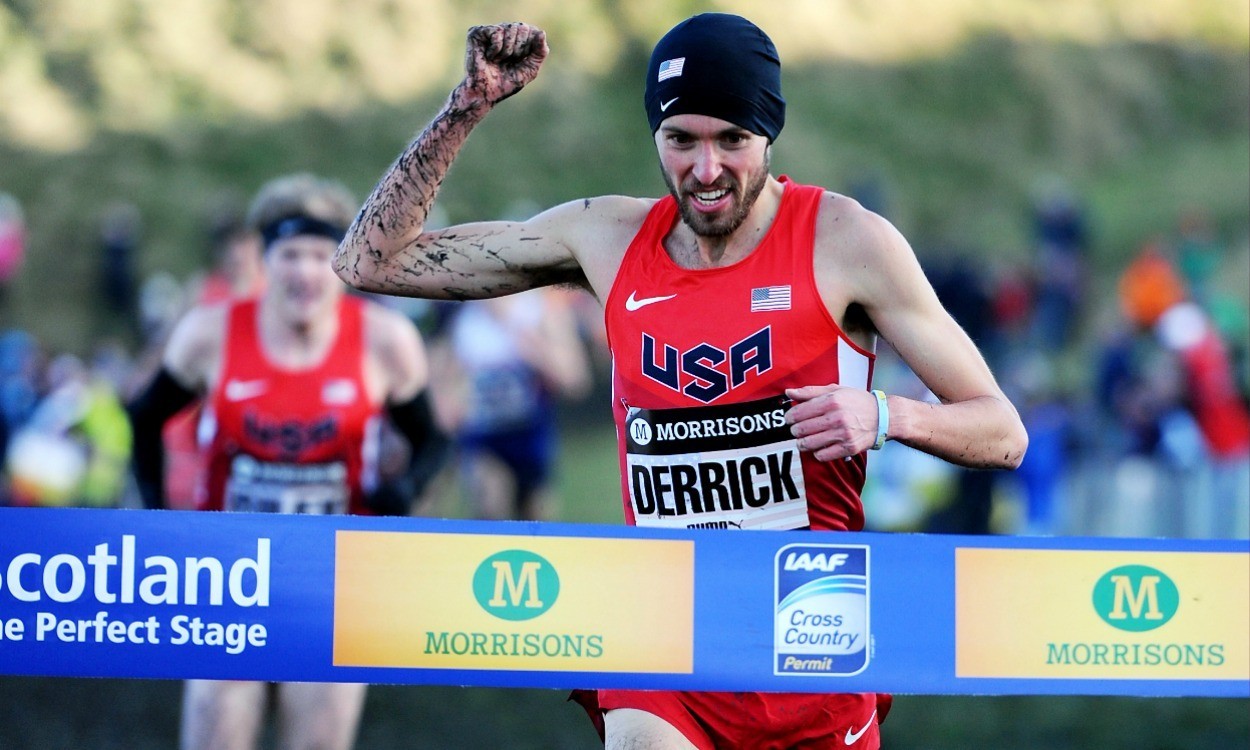 Chris Derrick, the American who recently won the 8km race in Edinburgh, has urged athletes and federations to support the IAAF World Cross Country Championships.

His comments came after British Athletics announced its decision to join other countries in not sending full teams to this year’s event in Guiyang in China. The federation will send up to six athletes for the junior races, but will only send seniors deemed to have the potential to finish top 30 in the event at some point.

Derrick fears this year’s event will be poorly supported due to its location and that this will have a negative knock-on effect for future editions. In recent years the International Association of Athletics Federations has struggled to attract bids to host the event, partly responsible for it being switched to a two-yearly rather than annual event.

Amman in Jordan staged the 2009 event and since then Bydgoszcz in Poland has hosted it twice. The 2017 event will be held in Kampala in Uganda, beating the only competition from Manama in Bahrain.

Ian Stewart, then the British Athletics team manager, pointed out to AW at the 2011 event in Punta Umbria that Poland only sent two athletes to the championships and alluded to the planned staging in Bydgoszcz by asking: “How can we go to a country that doesn’t support cross country?” China had had eight athletes in the 2013 edition.

Derrick, who was 10th in 2013 at his third World Cross, said: “It’s a shame it’s going ahead from some of the major traditional places. I hope the Americans can keep coming out and having some good showings. There’s no reason UK or France or whoever can’t do the same. Hopefully, the US can put some good teams out there and we can make it not necessarily a solely African affair and can get some interest back and get it back where it belongs in Europe and America.

“It’s a surprise to me that no one wants to host it. It doesn’t require a lot of infrastructure or anything. There’s some really great courses in the US and I wish one of the places would bid for it and bring it to America. Cross country is the biggest participation sport in high school in America and it could be awesome for kids to see the world championships on US soil.”

Speaking at the Morrisons Great Edinburgh International Cross Country in the picturesque setting of Holyrood Park, he said the World Cross had a lot to offer as an event.

“Americans and Europeans want to root for their own guys,” he said. “It’s a shame because I think it’s a race that can be very compelling in terms of tactics. The track is pretty much always sit-and-kick; cross country is so much more out there and you can bring it to beautiful places like this and bring a lot of elements into it.”

British Athletics has cited budget considerations as one of the reasons for not sending full teams to Guiyang – despite Great Britain and Northern Ireland annually topping the table at the European Cross Country Championships.

» See the January 15 edition of AW magazine, which is available to order here or read digitally here, for 10 pages of Great Edinburgh Cross Country coverage

"You've got to ride the wave and not take anything too high or low."

She races over 800m at @CopernicusCup in Toruń tonight 🏟️