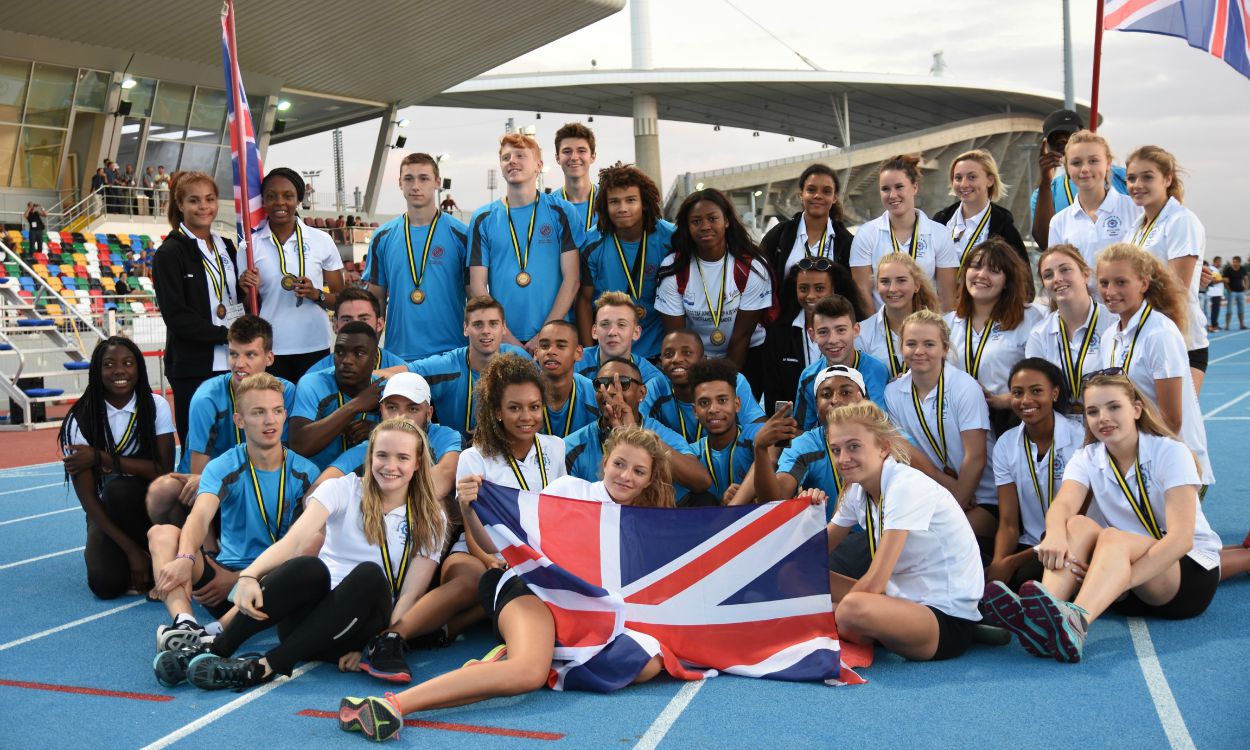 Shaftesbury Barnet Harriers and Blackheath & Bromley Harriers flew the flag for Britain at the European Champion Clubs Cup for Juniors recently, both teams placing third at the event in Istanbul on September 19, writes Geoffrey Morphitis and Tim Soutar.

With Shaftesbury Barnet Harriers competing in the men’s event and Blackheath & Bromley Harriers the women’s, both teams continued a record of some success in the competition – B&B having finished third in three out of the last five years and Shaftesbury having won in 2012.

After a safe journey to Istanbul, heavy traffic from the airport resulted in a late arrival on the Thursday night to the Hampton by Hilton hotel. The hotel was top quality and the teams were very well looked after by the hosts from the Fenerbahce Sports Club. The teams were up bright and early on the Friday morning for a tour of the central sites of the city.

Both teams were taken to the track for a warm-up and walk around. This is a brand new facility and the European Champion Clubs Cup for Juniors was its inaugural event. It was designed as the warm-up track for the Turkish Olympic Stadium and, like Stratford, the Olympic Stadium is shared between athletics and Besiktas, a leading Turkish football team.

The meeting was very well organised, the weather was in the high 20s, but the only drawback was a strong headwind for most of the day of between -3m and -6m/sec, which resulted in slower than expected times all round, but particularly in the sprints.

Shaftesbury produced their best result since winning the event in 2012 by finishing a clear third behind Spain and Turkey. There were outstanding performances from Gerald Matthew in the sprints, as he claimed victory in the 100m, a close second in the 200m and was joined by Chris Castro, Andrew Amoah and Alando Alfred when anchoring the 4x100m team of to a surprise win. Convincing second places were secured by James Hamblin in the hammer, Ethan Walsh in the pole vault and Ben Rochford in the 800m, while there was a solid third place in the triple jump in a very tight competition by Alando Alfred. Top four finishes were contributed by Sam Hazel in the 400m, Mark Pearce in the 3000m and Alfie Ingham in the javelin.

Team captain Kyle Langford produced two more high quality runs of the day. Putting aside his hectic season in winning the European junior 800m title and his subsequent selection for the World Championships in Beijing, he held on to win the 1500m against a top class field and then went on with Sam Hazel, Billy Kelsey and Ben Rochford to anchor the 4x400m team to victory. Third place team medals had been secured.

In the women’s match, Blackheath, fielding a young team of which only two members will be ineligible for next year’s competition, started steadily in the opening field events, with Victoria Wiltshire and Helena Coleman both finishing fourth in the hammer and pole vault respectively. Divine Oladipo, fresh from her recent trip to Samoa for the Commonwealth Youth Games, then stepped up with a second place in the discus and Annie Davies was third in a very competitive triple jump.

As the track began to feature, Viv Olatunji, for so long the understudy to Dina Asher-Smith and the Hylton twins, took her chance to demonstrate what a fine sprinter she is with a win in the 100m. Further wins then followed from Cheriece Hylton in her own speciality event, the 400m, and then, standing in for injured sister, Shannon, in the 200m.

Niamh Bridson Hubbard picked up fourth in a tactical 800m and then returned to contest the 1500m and fought bravely up the home straight to secure third, while Molly Scott, in only her second competitive outing over the under-20 barriers and into what must have felt like a gale, finished fourth in the sprint hurdles. As the afternoon began to draw to a close, the final event scheduled before the relays was the 3000m, where Jess Keene rounded off a very successful summer with an extremely gutsy front-run win, taking 50m out of the field in the first two laps and holding it all the way to the tape.

Even without the Hyltons, Blackheath had a good sprint relay squad and, with a demonstration of solid changes, their baton was duly delivered across the line by Olatunji after work by Parris Johnson, Scott and Magda Cienciala in first place. The 4x400m team was just pipped for fifth on the line.

Going into the final relay the team had been lying third behind the Turkish and Danish teams and 4.5 points clear of the Czech team and, despite the Czech quartet winning impressively, hung on to finish in the medals by half a point.

» There is also coverage of the European Champion Clubs Cup for Juniors in the latest Athletics Weekly magazine, out September 24