Boston Marathon – who, what and when? 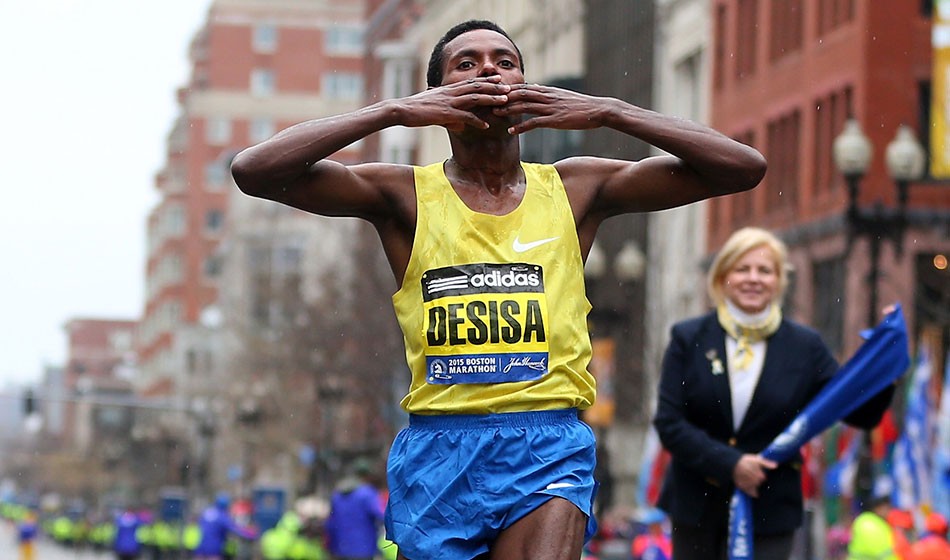 This is the first time ever that the famous event has not been staged in its normal April slot but, as ever, the ingredients are there for some memorable racing. The elite men’s contest gets the action off and running at 8:37 local time (13:37 BST), with the women setting off eight minutes later.

In a field which features 12 athletes to have run under 2:07, Ethiopians occupy the top three slots when it comes to fastest times. World Champion Lelisa Desisa, who failed to finish the Olympic marathon this summer, is third-fastest with his PB of 2:04:45, but he is a two-time Boston winner  and came an incredibly close second to Lawrence Cherono in 2019.

In Cherono’s absence, it looks like Desisa’s toughest challenge could come in the shape of compatriot Asefa Mengstu, whose time of 2:04:06 makes him fastest on paper, albeit that run came three years ago and his most recent performance saw him fail to finish the Milan marathon in May. 2016 Boston champion Lemi Berhanu is second-fastest in the field with a best of 2:04:33.

Benson Kipruto, Prague marathon winner this year, is the fastest Kenyan in the field with a best of 2:05:13 from two years ago. He was seventh in London last year and 10th in Boston two years ago.

Wilson Chebet (2:05:27, 2011) has not come close to his best time for eight years but, as someone who been in the top five in Boston four times, he certainly knows his way around the event.

Dejene Debele has limited marathon success so far, but his best of 2:05:46 came two years ago when he lost out to Cherono by one second in Chicago so he clearly has a major marathon pedigree.

Ethiopia’s Kelkile Gezahegn completes the set of sub 2:07 competitors and is Mr Consistent, with a top 10 marathon average time of 2:07:48, as well as a liking for racing in America given his win in Houston last year.

Other standout names in the entry lists are Japan’s prolific marathon runner Yuki Kawauchi, who so famously won in Boston three years ago amid horrific conditions, while Ireland’s Stephen Scullion is the sole European interest. 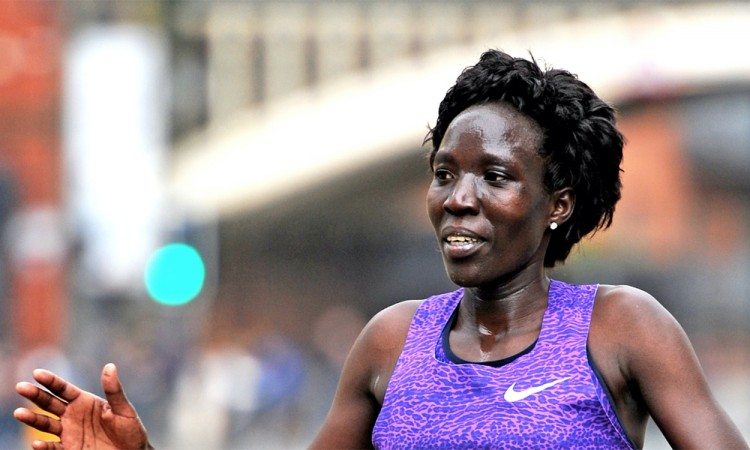 Edna Kiplagat heads the women’s field and the two-time world champion, winner in Boston in 2017, was runner-up in the event two years ago. The Kenyan has not competed over 26.2 miles since finishing fourth in the brutal heat of the 2019 Doha World Championships, however, and her most recent outing was a 32:20 10km in New York in June.

Ethiopian Mare Dibaba, the 2015 world champion, 2016 Olympic bronze medallist and two-time Boston runner-up, is also expected to feature prominently, while Angela Tanui is in form, having won this year’s Dhaka and Siena Marathons, the latter in her personal best time of 2:20:08.

Tanui’s fellow Kenyan – former 5km world record-holder Caroline Chepkoech –  will be worth watching on what will be her marathon debut.

In terms of American interest, Jordan Hasay – the nation’s third-fastest marathon female runner in history – will be guaranteed plenty of support and she will be targeting an improvement on her Boston third-place finishes of 2017 and 2019.

Two-time Olympian Molly Huddle will also be in the mix while Des Linden, the 2018 champion who has made no secret of her love for this race, will have plenty of backing, too. The 50km world record-holder also intends to race the New York Marathon next month.

So much of the wheelchair races will depend on events in Chicago, given the number of athletes planning to do both that event and Boston.

The men’s and women’s Boston course records are held by the Swiss duo of Manuela Schär and Marcel Hug, both of whom are racing again this year and were victorious in London.

South African Ernst Van Dyk recorded the same time as Hug of 1:18:04 during their epic record-breaking battle of 2017 and the duo will face each other again.

American Daniel Romanchuk will be another key contender, while the race will also feature a British quartet of Simon Lawson, David Weir, Johnboy Smith and Callum Hall.

Schär’s course record of 1:28:17 also came four years ago and remains her personal best, making her over three minutes faster than America’s Tatyana McFadden, who was third behind the Swiss in London.

Another home athlete, Jenna Fesemyer, will also be making her presence felt while Shelly Woods flies the British flag.