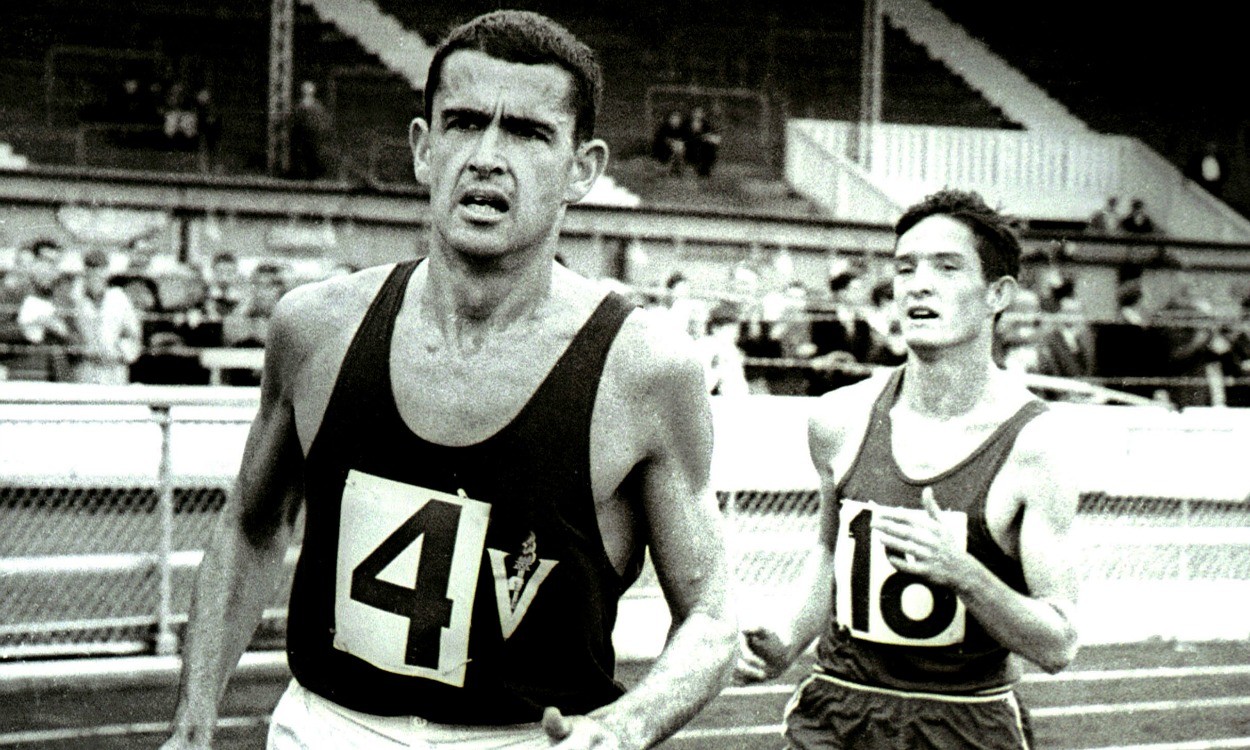 Current and former athletes are among those to have paid tribute to the Australian athletics great Ron Clarke, who has died aged 78.

In 1956, aged just 19, he lit the Olympic flame for the Melbourne Games. Earlier that year he had been involved in a great act of sportsmanship at the Australian championships when John Landy had caught a fallen Clarke with his spikes and stopped to check he was okay and apologise before going on to win the race.

After his athletics career Clarke, who is pictured above at London’s White City during his world record-breaking three-mile run in 1965, went on to become mayor of the Gold Coast from 2004 to 2012 and was also awarded the Order of Australia and made an MBE.

Two-time world and 2000 Olympic 400m champion Cathy Freeman was among those to pay tribute to Clarke and posted a message on Twitter reading: “Rest in peace Ron Clarke. My sincerest condolences to his loved ones.”

Olympic 100m hurdles champion Sally Pearson, who also won world gold in 2011 but is set to miss this year’s championships in Beijing following her recent wrist injury, tweeted: “Ron Clarke..star on the track, a great man off the track. Athletics has lost a true statesman. RIP Ron.”

Three-time Paralympic gold medallist Kurt Fearnley also paid tribute, tweeting: Getting to know Ron Clarke through the Gold Coast Com Games bid was a highlight. A legend of our sport & a genuine gentlemen.”

British decathlete John Lane, who grew up in Australia, tweeted: “Terrible news to wake up to. The passing of Australia’s ex WR holder and @AthsAust legend Ron Clarke. #RIPRonClarke.”

Athletics Australia wrote: “Very sad news this morning, with the passing of @AthsAust Hall of Fame inductee Ron Clarke. A legend of our sport.” While a message posted by the Twitter account for the Gold Coast 2018 Commonwealth Games read: “Our thoughts are with the family of Ron Clarke, running legend & key member of the @GC2018 Bid, who passed away today.”