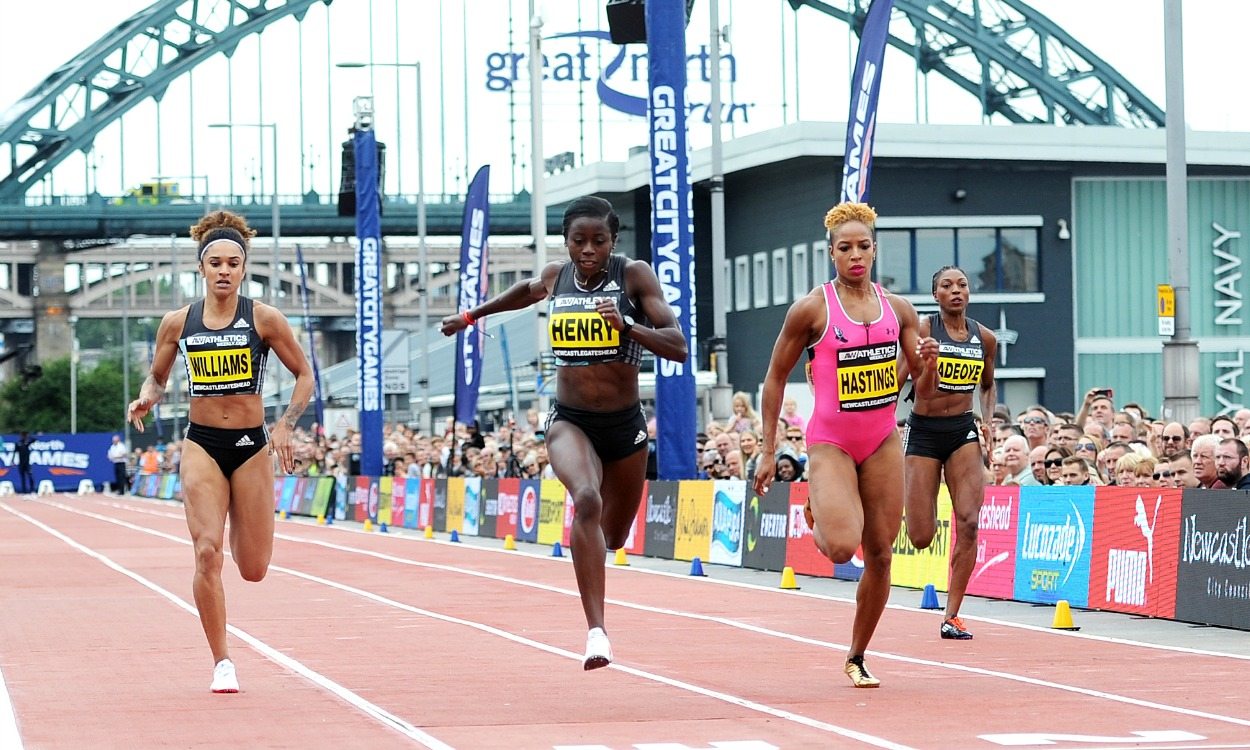 Such is the popularity of the CityGames, athletes are prepared to forego sleep and willing to travel across Europe by plane, train and automobile to make the event. Last year, Dafne Schippers was all smiles after setting a CityGames 100m record after just one hour’s sleep due to competing in Brussels the night before and the scenario was repeated this weekend with Desiree Henry (pictured) and David Omoregie among several athletes who raced on the Newcastle-Gateshead Quayside less than 24 hours after running at the Diamond League final in Brussels.

To make matters worse, the CityGames-bound Brussels class of 2016 endured travel problems with cancelled flights and hastily-organised train trips. Eilish McColgan was among those affected and after a breathless 10 hours that ended with a mile race, she said she was amazed she actually made it.

Athletes have been bedevilled with travel problems on a few notable occasions in recent years. In 2012 the New York City Marathon was cancelled due to Super Storm Sandy, leaving everyone from elite athletes to ordinary runners frustrated. Whereas in 2010 the ash from a volcanic eruption in Iceland led to British runner Mara Yamauchi taking a round-the-houses, six-day journey to the London Marathon.

Such is the allure of athletics, though, not to mention the natural determination of its competitors, the athletes invariably find a way to reach their destination.

“The CityGames is the place where everyone wants to end their season at as it’s so much fun,” said Lynsey Sharp, winner of the 500m on Saturday who, sensibly, arrived in the North East in good time and was not among the athletes snared in post-Brussels travel chaos.

Ever since Usain Bolt blasted down Deansgate in Manchester in 2009, the CityGames has been massively popular. Athletes such as Greg Rutherford and Tiffany Porter have become CityGames regulars, while fans love the concept as they are able to get up close to the athletes for free.

Sebastian Coe, the IAAF president, believes street athletics events like this are the future of track and field. There are plans for the concept to spread around the world as well.

The half-marathon on Sunday remains the focal point of the Great North weekend. But the popularity of the CityGames is giving the classic 13.1-mile event a run for its money and together with the young athletes’ events and Great North 5km have created a two-day festival of athletics that offers something that’s unmissable, whatever the travel problems.