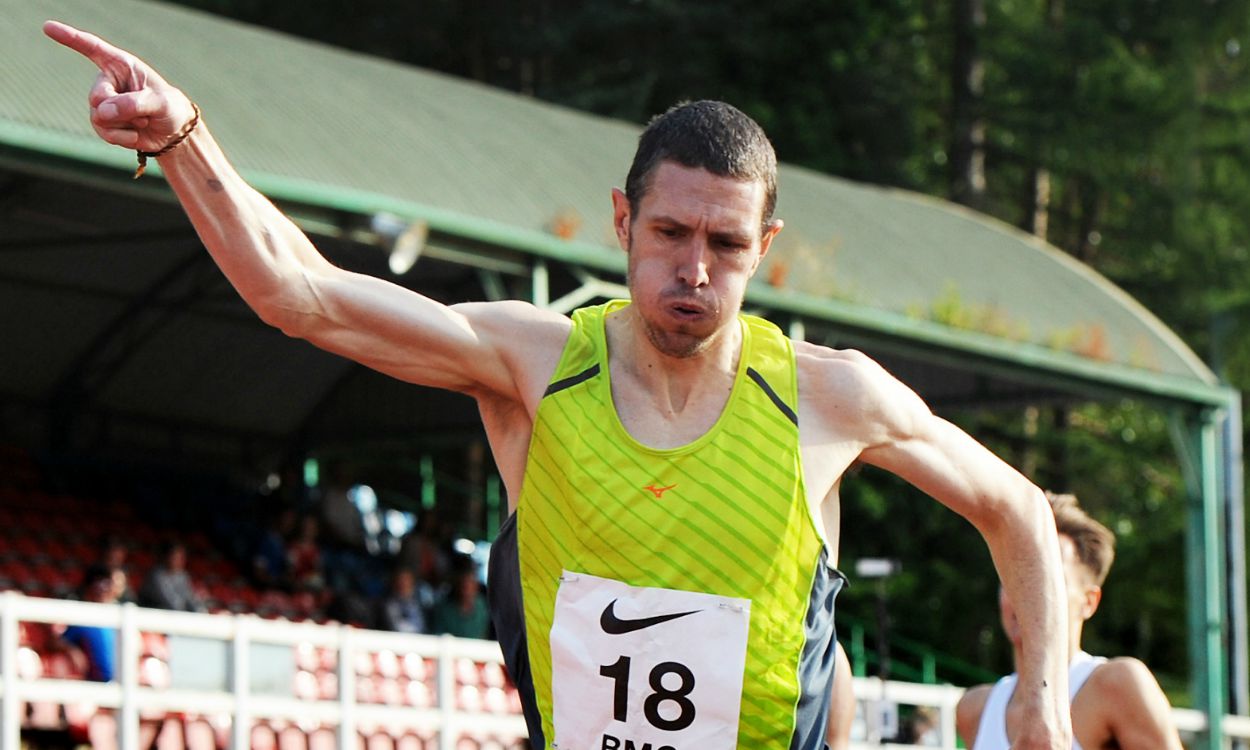 As he heads toward the M45 ranks, yet continues to beat athletes half his age, Anthony Whiteman tells Ruth Jones the secrets to his longevity

With a Power of 10 profile bursting with impressive performances, including representing Britain at two Olympics and a European Championships as well as clinching a bronze and a fourth place across two Commonwealth Games, Anthony Whiteman appears to have seen and done it all in the sport. Yet, at 44, there is no holding him back.

Indeed, it is his longevity in his position at the top of the all-time M40 rankings for 800m, 1500m and the mile, together with his enviable 3:32.34 PB that places him sixth fastest in UK history, that mark him out as an athlete who should never be written off at the sharp end of competition. Here he tells us what motivates him to carry on and how he adapts his training as the years roll by:

My training hasn’t changed a lot since my younger competitive days. I try to stick to three quality sessions a week when training hard, including intervals, hills and a tempo run, with their individual emphasis reflecting the time of year.

I am very proud to have run the first outdoor sub-four-minute mile by a 40-year-old. It was very special and I felt I executed a near-perfect race at the exact time required, which is what athletes should strive for (Whiteman ran the all-time fastest M40 mile of 3:58.79 in 2012).

My running career began when my local club at the time in Maidstone, GEC Avionics AC, recruited me after seeing me at a school sports day. I started racing in 1983. I would compete in local cross-country and track leagues as well as the bigger champs as I went up the age groups.

I play cricket and badminton at a local league level. It can be amusing to be recognised as an athlete while playing cricket. It’s usually down to my long run-up as a wannabe fast bowler.

My inspiration as a young athlete always came from watching the Grand Prix events. I had been influenced by seeing Seb Coe, Steve Cram and Steve Ovett running in Oslo and Zurich under the floodlights on TV. I craved that chance to race under lights much more than a morning heat in the Olympics or Worlds.

Running 3:32.34 in Monaco in 1997 will always remain my greatest achievement. At the time, only Coe, Cram and Ovett had run faster than me, and I had a slow-motion, surreal moment of passing [Nourreddine] Morceli (Algerian Olympic 1500m gold medallist in 1996) with 100m to go.

I retired in 2004. I had absolutely no plans to return to running. But over the years, my overall fitness and body shape didn’t change much, so when I was presented with the challenge of a five-mile race in 2009 I accepted. I found I got fit quickly and won the race [the Owston Ferry 5, where he ran 25:40 as an M35] in a reasonable time.

I joined Shaftesbury Barnet in 2000 in order to compete at the front end of the 12-stage relays. The club has always supported me brilliantly, but I hope I have returned the favour.

In the 2014 season I scored the most points for my club in the British League. Considering Shaftesbury sent 22 athletes to the Commonwealth Games that year, I felt that was a good achievement as a masters athlete. As team captain I have also been proud to lead the team at the European club championships, which means competing against international athletes again.

I had a very good coach in Alan Storey. Although he is still at the end of a phone if needed, I mainly look after my own programme now. Alan also coached fellow master David Heath and when we discussed our training sessions it was remarkable how similar our training was and how Alan’s influence was still evident.

I work for Humber Runner in Hessle, near Hull. Training is encouraged and can often be a talking point with our customers. I have regular lunchtime routes and through the summer I do hill sessions. I often commute to work by running over the Humber Bridge.

I mainly train alone. I do some of my sessions with the endurance group at Lincoln Wellington AC, but my steady running is usually on my own. I run at a decent pace, very rarely being slower than six minutes per mile.

I progress to the M45 age category in November next year. That’s my focus. I know my body better now. I don’t feel pressure to train if I don’t feel up to it for any reason. I certainly don’t beat myself up.