Asha Philip not getting carried away by her world-leading start 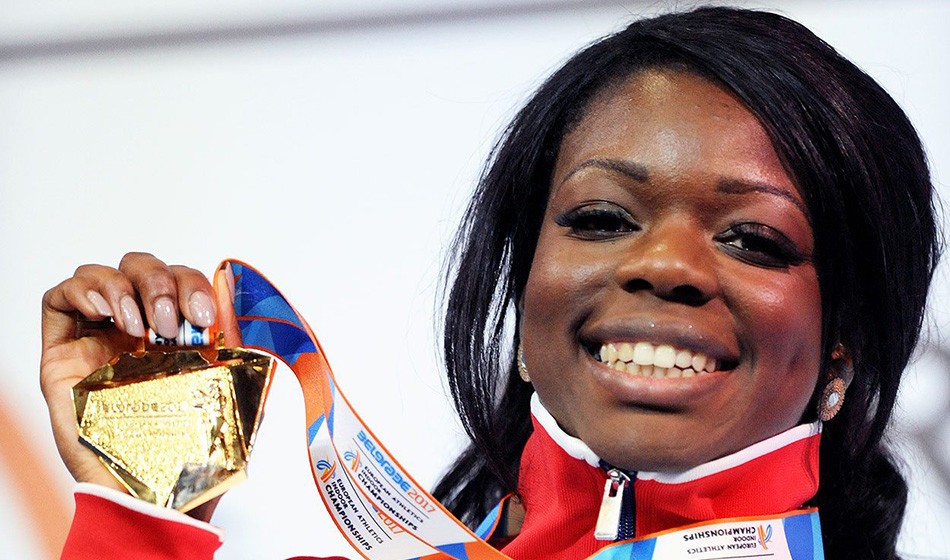 Sprinter happy with 7.12 run but is focused on securing the chance to defend her European title in Glasgow

Asha Philip insists she’s not about to start getting ahead of herself, despite setting a world-leading time for the 60m in her second event of the indoor season.

The European indoor champion’s 7.12 in Dortmund on January 27 puts her at the top of the global rankings for the moment but, while admitting to taking a confidence boost from her performance, is placing her concentration on making sure of her spot on the team to defend her title in Glasgow at the beginning of March.

Philip’s focus is the forthcoming British Indoor Championships in Birmingham which doubles as the European trials and she said: “I’m definitely happy with it (her run of 7.12) and I feel like I’m on the right track for the championships, although of course I need to get through the trials first.

“I need to stay focused and keep my eye on the process of what I’m doing.

“It’s quite good (to start off the year strongly), though for some people it can be a blessing or a curse. Yes, you’ve run the time but, at the end of the day, it was only in January and you’ve got to stay focused.

“It’s good confidence boost, hopefully I can hold on to that momentum and keep it pushing forward until the trials.”

Should Philip’s mission be accomplished in Birmingham, she will then prepare to take on the continent’s finest at a venue she visited on Friday to mark the milestone of one month to go until the starter’s gun is fired on this year’s European Indoor Championships.

It was a useful early sight of the Emirates Arena, although the multiple relay medallist is expecting the stage to have changed somewhat by the time of her next visit.

“I’m looking at it now and thinking that when I come back it’s going to look like a completely different arena,” said  Philip. “When the world indoor championships was in Birmingham, it’s a venue I obviously know really well and have been every year but when I walked in I thought ‘where am I?’ Honestly, I felt like I was in a different country.

“They’re definitely going to jazz this up and make it feel like a proper championships. Big screens are coming and all that kind of stuff – lights, fire, confetti, the whole shebang probably.

“Seeing it today, I feel it but I don’t get the chills yet. However, I know when I come back it’s going to feel completely different and it will be (a case of) ‘we haven’t come here to play – we’re at a championships now’.”